Dracula Season 1 Episode 1 Review – The Blood is The Life 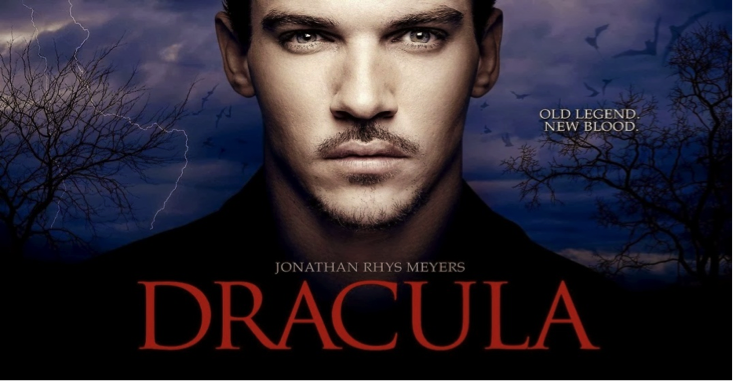 Vampires, werewolves, witches, Aztecs and other supernatural creatures have rocked our TV screens for quite a long while now but the super-hot Dracula appearing before us is a very pleasant surprise indeed. The moment I heard the name of the series and especially after the promotions, I was more than just looking forward to watching the series. Now that the show has finally premiered, I can gladly dig into its characteristics. Watch out for spoilers my friends!

Story plots in 1896 and begins in 1881, with the rise of Dracula from years of being asleep. As creepy as the famished version of Dracula is, the actual face might turn out to be one of the main reason to look forward to the show. Dracula appears in the form of Alexander Grayson a wealthy American entrepreneur who has come to London in search of investors for his new power source that uses the power from the magnetosphere. Grayson with a little help from Renfield, his manservant, pretends to be “as American as god”. He holds a formal ball where he can meet the whole town and vice-versa. In this gathering he socializes and gets introduced with some of the main characters of the show. 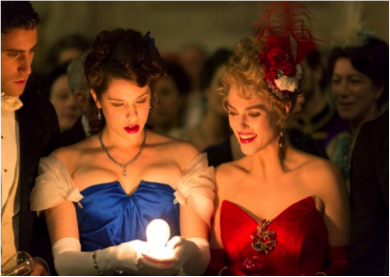 Dracula reveals a new technology, a new mode of power and a break through in the world of science. Greyson meets not only some of the most influencial people, the old money, like Lord Thomas Davenport, Lord Laurent, Sir Clyde Wetherby (later ripped to shreds by Dracula), Lady Jayne Wetherby but also the shadow of his departed wife, Mina Murray and her lover, Jonathan Harker. The first time Dracula sets eyes on Mina, he seems shaken by the resemblance. For his motive of coming to London if to avenge his wife from the Order of the Dragon, a secretive cult that, ages ago, ran across the countryside, raping and pillaging and burning every village they came across. Mina, who is a medical student, also senses something unusual as she sets her eyes on the flawless creature, Dracula. The magnetism between them is evident from their very first encounter. However, Mina and her journalist friend, Jonathan, seem to be devoted to one another. Greyson begins to learn about each of the people in the town individually from Renfield. He even offers an interview to Jonathan. Alexander Greyson’s outlook made him come across as, “a visionary, delusional and an egomaniac” to the journalist.

Can we possible imagine a Dracula series without a number of deaths? Killings in the hands of Dracula were two. Firstly, he did not approve of the humiliating behavior of Sir Clyde Wetherby and second murder was of Herr Krueger, who appears on the roof out of the blue and attacks Dracula, he should have seen it coming!

The wife of the deceased Clyde Wetherby, Lady Jayne Wetherby, seems less worried about her husband’s death and more about the cause of the cause of the death, that is, she squints at the possibility of the murder being caused by a vampire. We later figure out the true identity of Lady Jayne of being a huntswoman, which, on my part, was a thrilling discovery. The widow gets involved with Greyson very quickly in an opera, still in the dark about his real face. 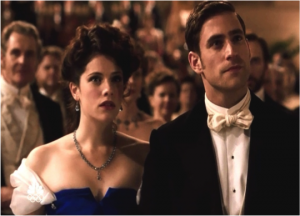 So, we learnt about Greyson being Dracula, Mina being the, as it seems like, the doppelganger of Ilona (Dracula’s wife), Lady Jayne being a huntswoman that chases after vampires, all in the very first episode. Well you think that’s all? No! Another significant discovery was about the identity Mina’s professor Abraham Van Helsing. The fact is brought to light that the Order of the Dragon not only killed Dracula’s wife but also slaughtered Van Helsing’s entire family. Helsing, thus, brought Dracula back from the dead to help him serve justice to the murderers of his family. They both seem to share a common goal. Things to look forward to on this show are a couple. Dracula urges to find a cure to his, let’s say, light sensitivity, which we are all aware of. Mina’s condition is quite complicated, as we would like to see her unite with the poor Dracula but that seems far from a possibility. And what happens when Jayne realizes that she has been enjoying a romantic relation with not just a vampire, she eternally despises, but Dracula himself. So, let’s look forward to the answers and enjoy the show in the process.

I read a lot of interesting posts here. Probably you spend a lot of
time writing, i know how to save you a lot of time, there
is an online tool that creates readable, google friendly articles in seconds, just type
in google – laranitas free content source