Elizabeth Rodriguez To Star In Grimm 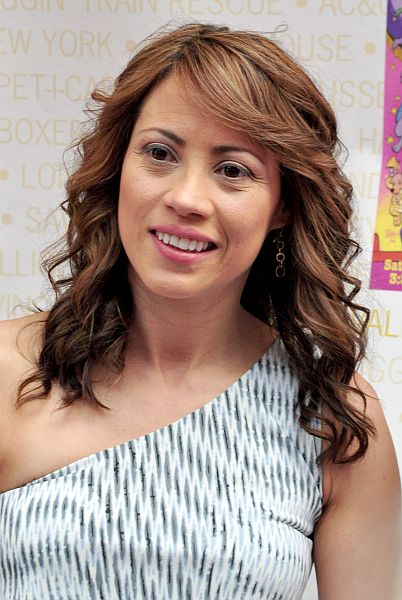 Elizabeth Rodriguez, the actress who plays Aleida Diaz, Daya’s mother from the Netflix show Orange Is The New Black, will have multiple appearances the season four of the hit show Grimm. She has been casted as Special Agent Chavez, one of the FBI agents who are investigating Weston’s murder who might have a special interest in the case.

She comes off as characteristically as no-nonsense but viewers will come to discover that she has a lot more invested in and has a lot more to tender to this case than anyone could probably have thought so.

Elizabeth Rodriguez was born in Manhattan and was raised as a Native New Yorker and is a graduate of Lehman College in the Bronx. After graduation from college, Rodriguez studied for a couple of years under praised acting teacher Maggie Flanigan at William Esper Studios in NYC. While still sutying at the studio she started taking in jobs professionally with appearances in the feature films “Fresh”, “Dead Presidents” and “I Think I Do. She also had appearances in TV shows such as “Law & Order”, and recurring castings on both “OZ” and “New York Undercover”.

Elizabeth Rodriguez has ever since worked on quite a number of shows which includes  her present recurring role as Aleida Diaz on the current Netflix Original Series “Orange Is The New Black”. Other TV work credits include roles as series regulars on both NBC’s “Prime Suspect”, opposite Maria Bello, and ABC’s “All My Children”, in addition to recurring roles on “The Shield” and “ER. Other credits include “Six Feet Under”, “Flash Forward”, “Cold Case”, “Just Shoot Me”, “NYPD Blue” and “Law & Order: SVU”. Her made-for-TV movies include “Inflammable” and “The Eddie Matos Story”, written by Oscar nominated writer Jose Rivera. Some of her feature films include “Return to Paradise”, “Four Lane Highway”, “Acts of Worship”, “Blow”, “All Things Fall Apart”, “Pound Of Flesh”, “Tonight at Noon”, “A Line in the Sand”, “Jack Goes Boating”, directed by Philip Seymour Hoffman, and Michael Mann’s “Miami Vice”, opposite Colin Farrell and Jamie Foxx. Upcoming films include “Tio Papi”, “Glass Chin” and “Animal Rescue”, with Tom Hardy and James Gandolfini.

In 2011 Rodriguez was casted the role of “Veronica” on Broadway in Stephen Adly Guirgis’s play “The Motherfucker with the Hat”. She has been nominated for a Tony Award and won the Outer Critics Circle Award. The entire cast – Rodriguez, Bobby Cannavale, Chris Rock, Annabella Sciorra and Yul Vazquez – won the Theatre World Award for Best Ensemble.

Fans will surely be thrilled to see her become part of the show. Grimm is set to return to small screens on October 24, 2014.