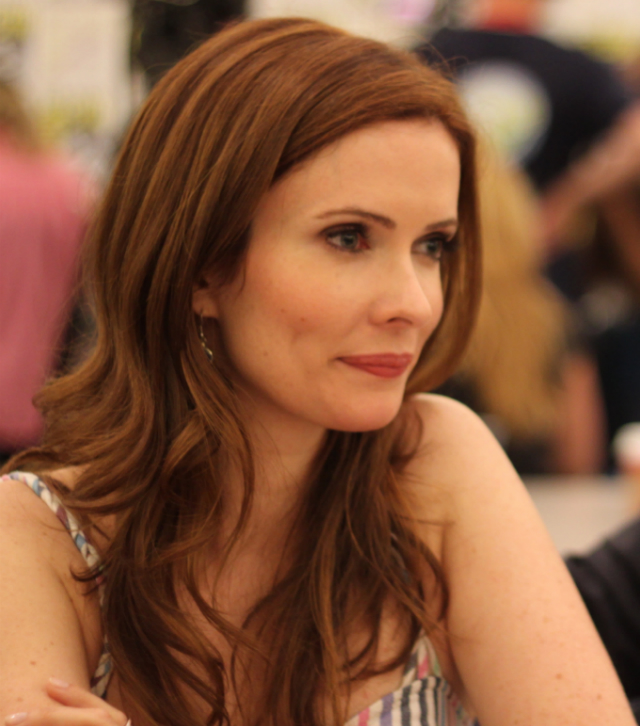 Bitsie Tulloch, who plays the role of  Juliette Silverton in NBC’s hit TV show Grimm, has teased the show’s fans and viewers on Twitter before the airing of the finale of the show, saying what they saw last week was “so epic,” but the finale is “even more epic.”

The fourth season of Grimm had just ended this Friday, May 15, 2015, on NBC. In the penultimate episode, which aired a couple of weeks ago, Nick (David Giuntoli) discovers in shock his mother’s severed head in a box. In the very same episode, Juliette obtains Baby Diana and strengthens her coalition with the royals.

Adalind (Claire Coffee) was not even aware that her baby was just within the neighborhood for quite some time. At present is expecting with Nick’s baby, she is in a very susceptible position. Juliette, who is aware of her condition, is going after her.

On the other hand, Captain Renard (Sasha Roiz) has been cured of his problem. Rosalee (Bree Turner) has managed to create a potion which sets him free from Jack the Ripper, after possessing him during his mother’s resurrection ritual in search for a cure for Juliette.

Trubel (Jacqueline Toboni) has also made a come back to Portland just in time to caution Nick about something that is wrong about his home. The Grimm Season four finale synopsis says Juliette will be on Nick’s side when he commences his vendetta.

“On the heels of a shocking discovery, Nick (David Giuntoli) is hell bent on getting revenge and taking the fight to the Royals with help from Trubel (guest star Jacqueline Toboni). Meanwhile, Juliette’s (Bitsie Tulloch) alliance continues to lead her down a dark path,” reads the NBC synopsis for Grimm Season four finale.

The bereavement of Kelly Burkhardt is anticipated to modify the dynamic between Nick and the rest of the characters. Trubel’s return is also of great news for numerous fans of the show.

“Cry Havoc” is the title of the Grimm Season four finale. It was written by Thomas Ian Griffith and directed by Norberto Barba.

Fans and viewers did not foresee the death of Juliette in the show. Even though they basically hated her because she had transformed into a monster during the latter half of the season. Nick had intended to kill her but couldn’t bring himself to do it when he had his encounter with her, regardless of all her provocations. Trubel comes to the rescue before Juliette manages to kill Nick. Trubel aims her crossbow at Juliette and shoots. She successfully kills her. What does this mean for Nick?  He had just recently lost his mother, and now, his former lover, two vital people in his life. Fans will have to wait and find out what will become of him in the next season of Grimm to find out.

NBC has already announced the fifth season of Grimm. The horror fantasy series is set to come back on screens  to carry on the story of Nick Nick Burkhardt.