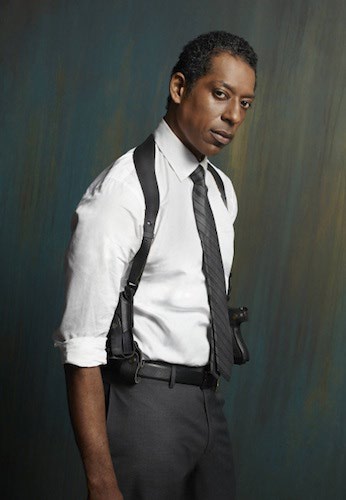 Sleepy Hollow will be losing Frank Irving.  Variety has made the official announcement just recently that Orlando Jones, who has the role of the much-adored character on Sleepy Hollow, will leaving the show. It’s still indefinite exactly why the actor left the show, but it could possibly be because he is moving on to a new project, a Robert Orci online show, Machinima’s High School 51, as reported by New Media Rockstars. That series will spin around a peculiar school situated in Area 51. It has quite an interesting storyline.

As this may be a good project for the said actor, his character in Sleepy Hollow will surely be missed by fans and viewers of the show. Orlando Jones laso had the habit of regularly live tweeting episodes of the show, bringing humorous perspective to the storylines or just merely voicing out what the viewers thoughts are.

Orlando Jones is not the first one to leave the show. Mark Goffman, who was Sleepy Hollow’s showrunner for its first and second season, had already made an announcement to leave the show even before the announcement of its renewal for its third season. Cliffton Campbell took in his position. He was the man in charge for the show The Glades and White Collar.

According to E Online,  Fox president David Madden made this statement on Campbell’s addition: “He is an excellent producer, and we can’t wait to see what this team has in store for season three.”

Katrina Crane (Katia Winter) and Henry Parrish/Jeremy Crane (John Noble) were both killed off at the conclusion of the last season, and consequently, successfully written off Sleepy Hollow. That leaves just the Witnesses, Ichabod and Abbie, and their sometimes assistant and Abbie’s sister, Jenny (Lyndie Greenwood), to save Sleepy Hollow, and from time to time the world, from the murky supernatural evil that menaces it.

One of the main denigrations of Season 2 was that the plots of the episodes were too serialized, clunky, and puzzling. Paring back the characters to the vitals and reducing the serialized elements should permit for more standalone episodes and keep the stories moving, which should bring the type of fantastical, fast-paced action that made Sleepy Hollow well-liked in its first season.

Fox had made a press release when they renewed Sleepy Hollow last month that provides a peep into what fans can anticipate in the upcoming third season of the show.

“The jaw-dropping conclusion of Season Two left Ichabod Crane (Tom Mison) and Lieutenant Abbie Mills (Nicole Beharie) with a decisive, albeit heartbreaking, victory over evil. In the name of good, Crane made the ultimate decision to kill his wife, Katrina Crane (Katia Winter). With evil seemingly at bay, the third season will explore how the partnership between Crane and Mills will evolve and what challenges these two witnesses will now face.”

It seems as though Sleepy Hollow, will be going through numerous significant changes before it heads into the third season. Here is hoping that these changes will increase the ratings of the show from its downfall in season two.