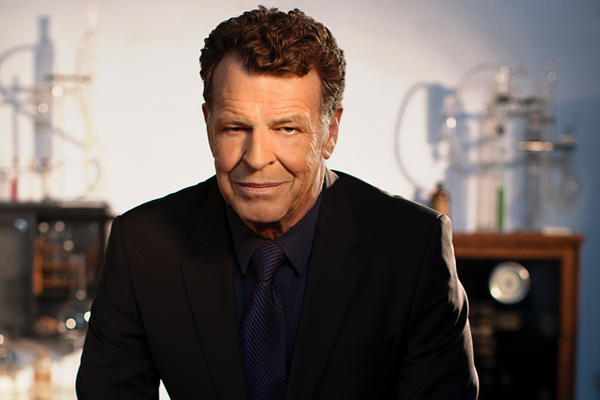 In Fox’s Sleepy Hollow, John Noble took in the role of Henry Parrish. He claims that even they, the cast themselves were not sure about the direction the producers and scriptwriters were taking the show during its second season.

“Sleepy Hollow definitely struggled in the second season,” Noble told IBTimes UK at MCM London Comic Con. “I thought the first season was fantastic, but with the second season, I really wondered what was going on. I used to spend a long time sitting around not doing anything.”

John Noble’s character was developed in season two of Sleepy Hollow. He now joins Orlando Jones and Katia Winter in leaving Sleepy Hollow, which has just been recently renewed for another season, after numerous speculations of its cancelation due to its poor ratings. Mark Goffman, the TV series’ former showrunner had also announced his departure from the show earlier this year before the announcement of the renewal of the show. Cliffton Campbell, the man behind The Glades and White Collar took in the position in his replacement.

“There’s a new showrunner and they’ve got a very simple brief, which is to reboot the show, go back to concentrate on the Ichabod and Abbie thing, which was the strength in the beginning,” he added. “I’m so hopeful it will come back, because it did lose its way.”

John Noble, at the age of 50, had a successful acting career in Australia before he was garnered attention from Hollywood when he was casted the role of Denethore II in Peter Jackson’s Lord of the Rings trilogy. Now, the actor, at age 66, deems that it is now possible to go on continuing to flourish in the acting industry into the golden years.

“You know how you can get depressed and think, ‘Oh I’ve turned 40, my life is over,’ – this has happened to all of us. I’ve been very lucky but I think it’s a testament to not giving up. All of us can say, ‘That’s it I’ve had it, look at my face,” but it’s really an attitude thing,” he said.

Maggie Gyllenhaal of late told The Wrap that she was deemed too old at 37 to be casted in a film as the love interest opposite a 55-year-old man, adding fuel to the current sexism storm that is raging the Hollywood industry.

“That attitude exists in the industry, but those actresses we love the most are in their 40s and 50s, with a very good crop of actresses in their 30s too,” stressed Noble.

“There is longevity [in the movie industry] if you’re a very good actor. If you’ve gone through your life thinking, ‘I’ll cruise through this because I’m beautiful and hot,’ whether you’re a man or woman, then it won’t last.”

Noble is presently starring in the sci-fi series Forever and is filming the voice of the Scarecrow in the new Batman: Arkham Knight video game.

With cast members and a showrunner leaving the show, fans and viewers of Sleepy Hollow are still hopeful that the upcoming third season would do better than the last.