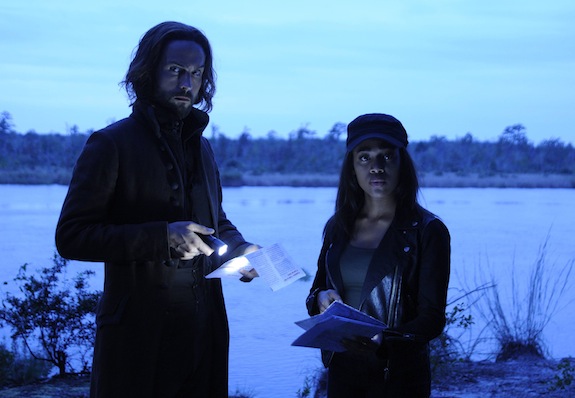 Sleepy Hollow’s third season will follow through after Bones on Thursdays at 9pm.This will be putting it up against ABC’s prevailing Thank Gods It’s Thursday drama. This is quite an aggressive move considering the supernatural series declining ratings.

After hitting a creative stillness in its second season, Sleepy Hollow  has hired a new showrunner  for its third season. To take its place on Mondays, Fox makes the move to pair two genre shows: sophomore comic-book drama Gotham and new sci-fi series Minority Report, the latter an adaptation of the 2002 Tom Cruise film of the same name.

In the interim, it will be quite a long wait for the highly-anticipated X-Files revival, which is expected to premiere with a special two-night event beginning Sunday, Jan. 24 at 10 p.m. The six-episode event series reunites David Duchovny and Gillian Anderson as FBI agents Mulder and Scully.

After the cancellation of The Mindy’s Project, New Girl is also being put on the backburner for a midseason return. This should actually work out in the show’s favor because leading lady Zooey Deschanel is gravid in real life. It emerges to be a game-time verdict, however, because the show previously filmed the first four episodes of its fifth season to have room for Deschanel’s pregnancy. New Girl will be paired with the Jack Cutmore-Scott comedy The Guide to Surviving Life, about a charming, yet flawed college grad whose life is filled with terrible choices and fantastic misadventures.

Having said that, January will be quite jam-packed for Fox network. American Idol will start on its 15th season. This marks the show’s final outing. Fox also plans to showcase the three-hour production Grease: Live, starring Julianne Hough and Vanessa Hudgins, on Sunday, Jan 31. Other midseason fare comprises the commencement of DC Comics adaptation Lucifer, the Rob Kazinsky-starring Frankenstein Code, and animated comedy Bordertown.

Even with no New Girl and the cancelled Mindy in the fall, Fox will be sticking with an hour of comedy on Tuesday nights. John Stamos’ Grandfathered will be paired with Rob Lowe’s The Grinder, a Tv series about a lawyer. This will be aired ahead of Ryan Murphy’s Scream Queens.

On the other side, Fox will be moving a couple of its triumphant midseason entries into the fall, with Empire staying on Wednesday nights at 9 p.m, preceded by new medical drama Rosewood, and The Last Man on Earth following Family Guy on Sundays at 9:30.

Below is Fox’s new fall schedule with its new shows in caps: