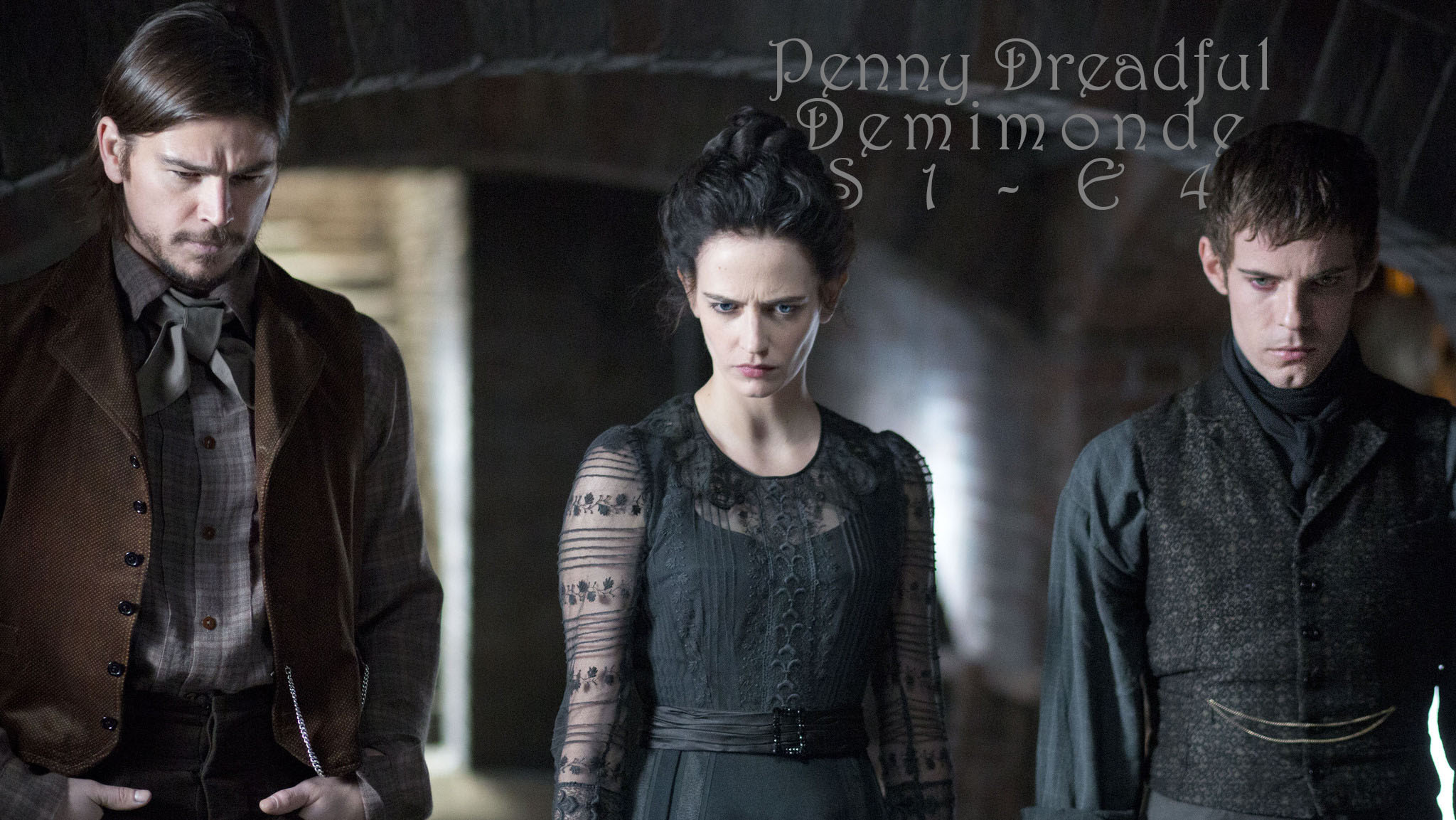 The word “demimonde” is a French term from the 1800’s that describes a group of people considered to be on the fringes of respectable society (usually women), or a group of people who live hedonistic lifestyles, usually in a flagrant and conspicuous manner.
This seems to fit in with the cast of character in Penny Dreadful. As I delve into this first season of the show, I am beginning to realize that my current dislike of the show is due entirely to the fact that I can not seem to empathize with any of the characters. They all seem to be beyond redemption. They are happy to fit into their own little world of wickedness.
Malcolm’s single minded obsession with finding his daughter seems less steeped in a fathers love, and more based on sort of demented idea of redemption that just seems to draw him into more wickedness as he looses sight of any humanity toward anything that gets in the way of his finding his daughter.
Ethan, who it seems quite clear is the werewolf killing local prostitutes, seems to only care for carnal matters and only ventures out from his hollow to pursue the means by which to continue his carnal pursuits. 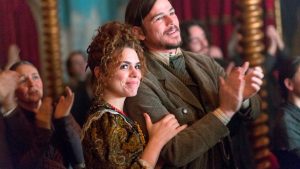 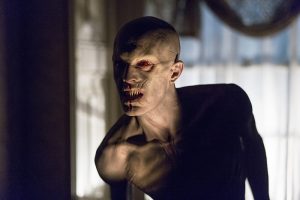 We move on to Vanessa siting on a bench staring at a church. After an entertaining conversation with a stereotypically stoic victorian young girl, Vanessa spies Dorian wandering into a botanical garden. She follows him. They have another conversation about carnality. Touch, smell, desire, is that all this show has?
Next, we are back at Malcolm’s house where Victor is working with the hematologist analyzing the blood of the vampire creature. The hematologist, Van Helsing, explains that the blood contains an unique property that prevents complete coagulation. He believes it assists in the eating of blood. Victor sees his monster outside and excuses himself to go have a word with the creature. It seems patience doesn’t go along with mortality as the creature is demanding Victor hurry up with making his mate.
Ethan is in bed with Brona and decides he wants some money to take her out for a proper night on the town, so off to Malcolms he goes for some work and some money. While there, the Victor wants to give Fenton a blood transfusion to see if that helps cure his vampirism. He asks Ethan to donate but, Ethan refuses saying it is a bad idea (because he is a werewolf?) Malcolm donates the blood instead. It doesn’t seem to actually work. Fenton seems just as hungry for blood. And he also seems to know that his master is hungry for Vanessa. As Victor and Malcolm discuss possibly feeding Fenton some butcher scraps, Sembene walks in with a cat, snaps it’s neck and tosses it to Fenton. 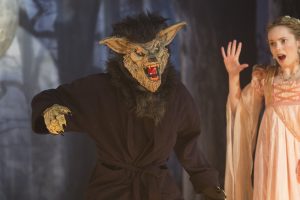 Everyone else has headed off to the theater. Ethan has taken Brona, Vanessa is there in one balcony and Dorian Gray is in another. Sembene is there keeping an eye on Vanessa. And of course, Victor’s monster is working the devices that keep the theater running.
The show at the theater is about werewolves (okay, okay, we know Ethan is a werewolf, you can stop with the hints…).
During intermission, Vanessa, Dorian, Ethan and Broma all run into each other in the lobby. Aroma gets upset seeing her former client Dorian, and rushes off.
Meanwhile back at Malcolm’s, Victor and Malcolm hear a noise upstairs. Knowing that everyone else is out for the night, they go to investigate. What they find is the vampire in Vanessa’s room, and Fenton (who escaped his chains) attacks Malcolm. The vampire escapes, and Fenton dies in the struggle.
Vanessa heads home after the theater to learn that the vampire was there looking for her. 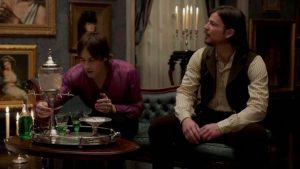 Ethan and Dorian head off together. First they stop by a back alley room where people are gambling on how many rats a dog can kill. This displeases Ethan (because he is a werewolf…). He ends up getting into a fight with some of the other patrons. Back at Dorians, they drink absinthe (maybe the production team should have tried absinthe before shooting the scene… then they would have known it gets milky when you add the sugar and ice water…), and then make out…
Overall, if you can past the fact that no one in the show is likable, and the pacing is very slow, then it isn’t a bad show. Okay, the show looks great, and is acted well, but the writing is awful. Although this episode is still better then the 2nd episode, it sits on par with the third. There seems to be far to much exposition for far to many story lines at the moment. Here is hoping that they eventually turn into a good show, but I wouldn’t blame anyone for giving up on the show before it gets there.