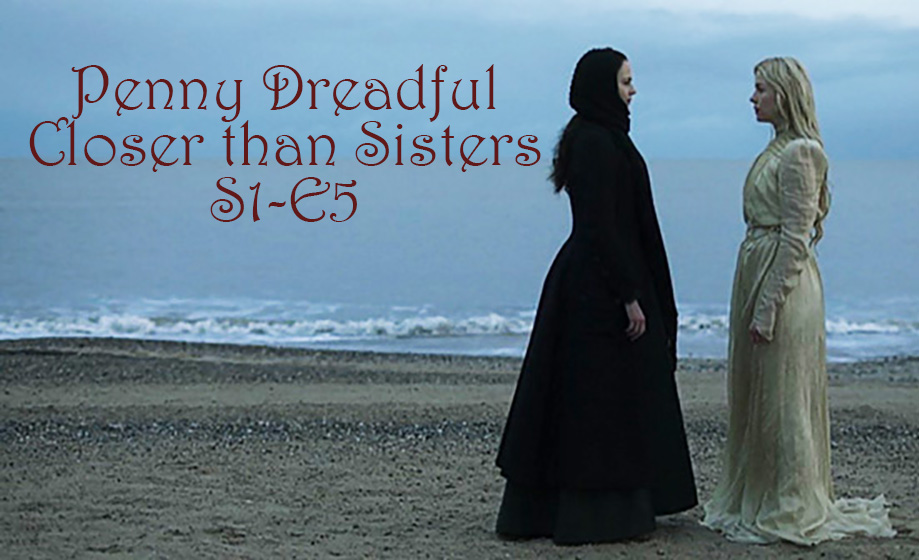 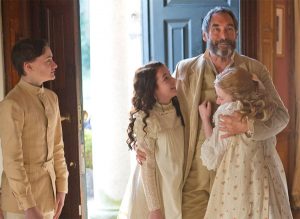 I am having trouble understanding how a series that had such a great 1st episode has let me down with the following 4 episodes. The 5th episode of the first season of Penny Dreadful is called “Closer than Sisters”. This episode is Vanessa’s backstory. The entire episode could have been summed up in a 2 minute scene in another episode, but instead we had to watch this long, drawn out, boring tale told as Vanessa is writing a letter to her missing friend Mina.

Much like the backstory of Frankenstein episode, this episode is unnecessary. I am dreading the coming “backstory of Ethan the Werewolf” episode as well as the “backstory of Dorian Gray” episode.

But let us review the episode… The story starts when Vanessa and Mina are children. They grew up as next door neighbors in mansions along the sea shore. Apparently, Vanessa, Mina and Mina’s brother Peter liked to do taxidermy, and talk of their future. Vanessa was supposed to grow up to marry Peter and Mina was going to marry someone with a waxed mustache. As they grew up, Vanessa developed a darker side. She saw her mom banging Malcolm (Mina’s dad) in the hedge labyrinth, and treasured her secret of witnessing the sin. 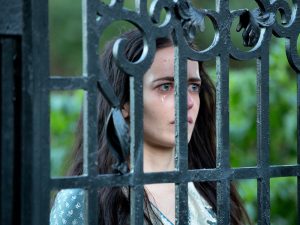 Eventually, Mina found her striking waxed mustache man, and Vanessa became jealous. So much so, that Vanessa seduced Mina’s suitor just before their wedding, and Mina saw the whole thing. This destroyed their friendship and gave Vanessa a nervous breakdown that may be the result of demonic possession. Vanessa receives the best of Victorian mental health… ice water bathes and trepidation… She ends up nearly catatonic.

After Peter comes to visit Vanessa to tell her he is going on his adventure to Africa with his father, Vanessa snaps out of her catatonia to tell him he is going to die in Africa. He does.

Several years later (judging by Vanessa’s hair growth), Vanessa takes a walk on the beach with her long black hair, dressed all in black. There she encounters Mina with her blonde hair and white clothes. Mina tells Vanessa that she married Jonathan Harker, and then Vanessa should have stopped Peter from going to Africa. Mina’s eyes turn red as she talks about being trapped by the monster, and then she vanishes.

To this, Vanessa goes to see Malcolm, and explains what she saw. She tells him that she must help him rescue Mina, and we are back to where the season is in normal time. 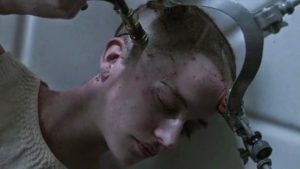 Closer than Sisters was shot beautiful and acted well. (Eva Green does an incredible job making Vanessa both menacing and sympathetic). However, the episode was just drawn out and boring. Couldn’t this story have been cut into a third of the screen time and the rest of the time filled up with Malcolm and Ethan off on an adventure… or maybe more about the Egyptian lore and how the mummy and Dracula are being intertwined?

At this point I am wondering if I can make it through the rest of the first season… someone who has seen all three seasons, please tell me in the comments that it gets better… give me some hope.