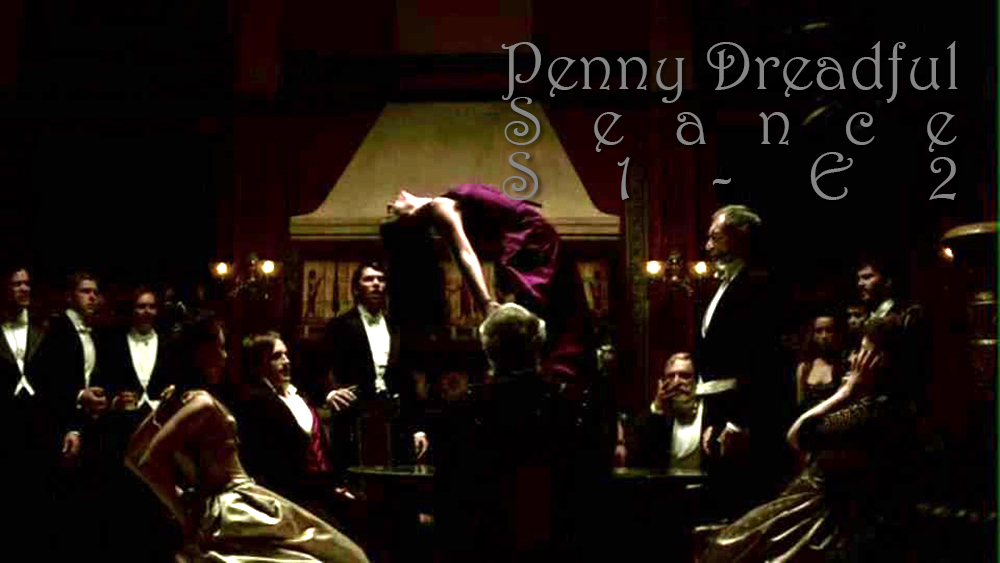 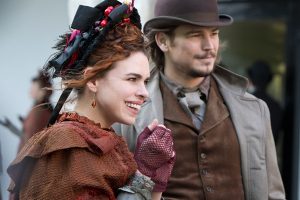 I must say, the first episode of Penny Dreadful had me hooked. It was well written, suspenseful, intriguing, and beautifully shot. The 2nd episode, Seance, was still beautifully shot. However, it flowed more like a mid season filler episode then episode 2. This was the type of episode intended to fill in some gaps the previous episodes left. It lacked suspense or intrigue, but it did have boobies.

Much like the first episode, the 2nd episode opens with some un named woman being killed. This time, it is likely a prostitute. I say this mostly because of the makeup she was wearing. (didn’t they used to say prostitutes were women who wore to much makeup?).

next we see Ethan waking up by the docks. This leads one to wonder if Ethan is going to end up being the hooker killer. My guess would be the hooker killer will end up being a werewolf due to the ferocity of the attacks, and the concept of someone waking up in a strange surrounding not remembering how they got there fits in with the werewolf plot line. Anyway, Ethan wanders into a dockside pub and has a breakfast of whiskey. He meets an Irish woman who is likely a prostitute as well, and they enjoy some conversation before she heads out to make her money. 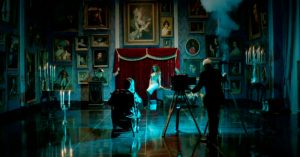 Victor Frankenstein stops by to visit Malcolm and Vanessa and they do some more research on the vampire corpse. Nothing new really happens in this scene and it seems it is just here to further drive character exposition, specifically Vanessa’s keen observatory skills.

We next see the prostitute that Ethan met earlier arriving at the home of the literary character Dorian Gray. He seems to have a fascination with portraits, and has invited her over to have naked pictures of her taken. He gets even more turned on when he finds out she has the consumption, and he strips her and makes love to her right there while the photographer keeps snapping away pictures.

At the local police station, Malcolm has shown up to express his interest in helping the police catch the killer that has been murdering young women at the opening of each episode. Malcolm thinks it may have something to do with his missing daughter. 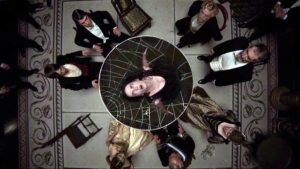 Ethan gets a wire from home. We learn that he has some serious legal problems at home, but his family has the resources to take care of them.

Malcolm and Vanessa head off to Sir Ferdinand’s party in hopes to find out more about the Egyptian hieroglyphics they found tattoo’s on the vampire. While there, Vanessa meets Dorian Grey. The group takes part in a seance where Vanessa channels some wickedness that causes quite a scene.

The next day, Malcolm brings his photographs of the hieroglyphics to Ferdinand, and Ferdinand begs him to forget he ever saw them. For the pictures have never been seen before in Egyptology. The hieroglyphs are a spell to bring about the end of the world, and the reign of the “hidden ones”. 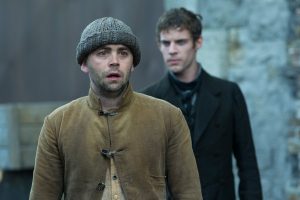 Back at Victor Frankensteins place, we see Victor studying his new creation as he takes it outside to meet the world. This all seems pretty and nice until they return home and the new creation is torn apart by what seems to be Victors previous attempt at creating life.

For the most part, this episode was merely exposition for the series. It seems like it should have held itself off for further down the line. If I hadn’t already started writing these reviews, I might have given up on this series after this episode, but I shall give it a few more episodes to see if it gets back on track.