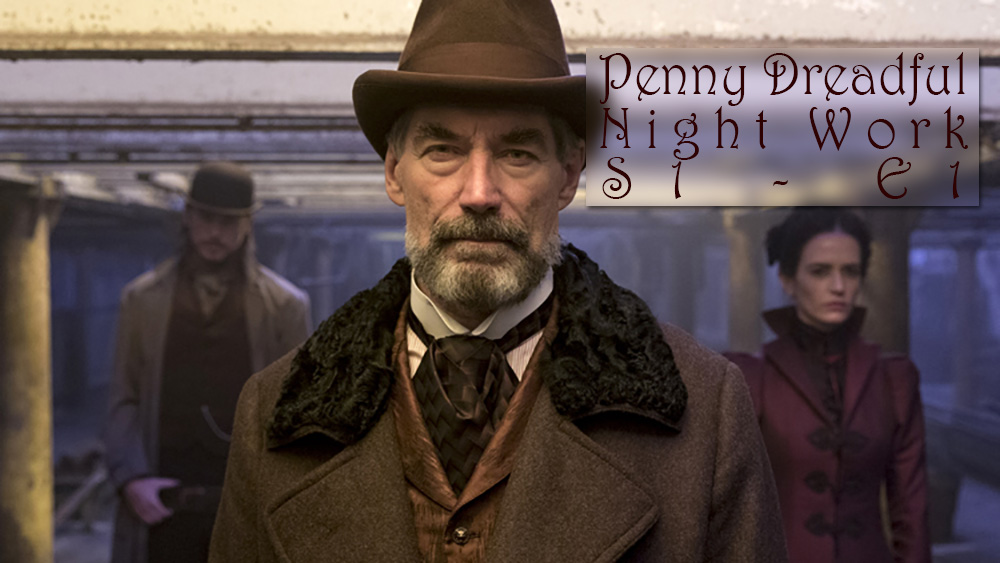 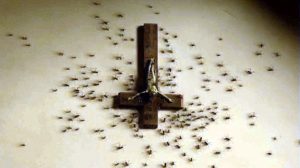 I was very interested in Penny Dreadful when it first came out, but I didn’t have Showtime, so…

As a lifelong low budget horror person, I felt a certain kinship to the Penny Dreadful. The term was originally used to describe cheap horror books published in Victorian England. They were sort of a cross between American Pulp Fiction and Italian Giallo. Except The Penny Dreadfulls came first. I recently noticed that the shows three season run is on Netflix streaming, so I decided to give it a watch.

The show opens in standard low brow horror fashion. A woman awakens in the middle of the night and wanders off to the bathroom. as she sits on the toilet, something grabs her, and pulls her out of the window behind her.  A short time later, her young daughter awakens. She notices her mothers absence and goes in search of her only to find her dismembered corpse in the bathroom. This is classic horror. I believe it was Shakespeare who said to always open with gore or the supernatural to get your audience hooked. 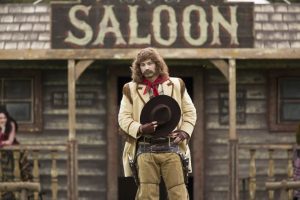 The show next moves on to a traveling “Buffalo Bill” style wild west show where our mysterious leading lady Vanessa Ives meets Ethan Chandler, a sharpshooter with a thing for theatrics, and a less then honorable moral code.

Ethan is having a drink alone in a pub when Vanessa finds him, In their conversation, we learn a bit about them both. Vanessa is extremely observant. Almost to a Sherlock Holmes degree. She explains to Ethan that she has a need for a person who is “comfortable with firearms, and not hesitant to engage in dangerous endeavors.”

They meet up later that night, and Vanessa takes Ethan into an Opium den. There, they meet explorer Sir Malcolm Murray. From there, they head underground where the three of them run into some unsavory characters… and then some undead characters. They kill the leader, and then many of the women that it turned.

We next see our adventurers in an underground, illegal, medical school. It seems students need bodies to study, and sometimes have to get them through less then legal means. Malcolm finds the man in charge, and tells him they need his expertise. He sends them into the back to talk with his assistant.

The assistant is a rather pompous ass who doesn’t want anything to do with them until he sees the vampire corpse. Upon examination of the nosferatu like monster, we see that it’s skin is a kind of exoskeleton, and that underneath, this vampire appears to be an Egyptian mummy. (way to put 2 monsters into 1).

The next day, Ethan shows up at Malcolm’s to collect his pay for the night work. There is some story exposition going here as we learn that Malcolm’s daughter Mina was taken away by a vampire like the one they encountered the previous night. (Mina, like in Bram Stokers Dracula no doubt). Vanessa both warns Ethan away from them, and invites him to continue doing work for them. Ethan decides to leave, but will he stay gone? 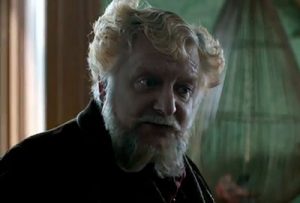 Malcolm and Vanessa head off to see Ferdinand Lyle, an Egyptologist. They show him photographs of the hieroglyphs found on the real skin of the dead vampire. Not knowing exactly where they came from, Ferdinand is still bothered by what he sees. He wants to translate them, but it will have to wait. Malcolm tells Ferdinand it is urgent, to which Ferdinand replies “Good heavens, Sir Malcolm, there hasn’t been anything urgent about the Egyptians for 2,000 years.” This is possibly the best line in the episode.

Malcolm has a meeting at the adventurers club with doctor that helped them direct the dead Egyptian vampire. I must say, between his questioning Ethan about electricity in the scene where we meet him, and his conversation about the difference between life and death in this scene, it is pretty obvious that this doctor is Victor Frankenstein. He doesn’t seemed to jazzed by Malcolm’s offer, but I think his need for cash, and curiosity about the supernatural will bring him back into the fold.

Malcolm is getting ready for bed when Mina shows up soaking wet and crying. As Malcolm approaches her, the wind blows open a window. He looks to it, and when he looks back, Mina is full blown vampire mode with red eyes, and fanged shriek. 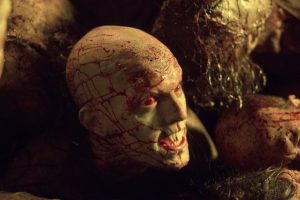 We then cut directly to Malcolm explaining what happened to Vanessa. Vanessa seems to feel that something she did is what caused this fate to befall Mina. Malcolm seems to think that the vampires are on to them, maybe even after them.

Back to Victor, he arrives home and into his secret laboratory where we find out that he is indeed Victor Frankenstein. The rain storm outside is producing enough lightning that Frankenstein’s monster is reborn.

At this point, I like this show. It has the class of the Victorian era with the low brow horror of “Dracula meets the Wolfman”. I would guess all of the “gothic horror” chapters will make their appearance offer the course of the show. I suspect it will be great fun.