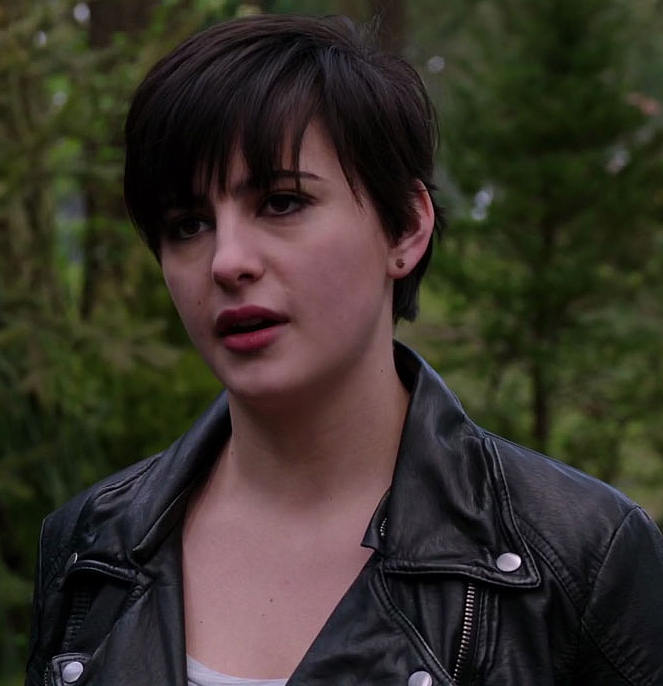 The fourth season of Grimm has just recently ended and viewers of the show are eager to know more about what’s to come in the upcoming fifth season of the show In the last scene of the finale of NBC’s hit show, Grimm, wherein the FBI men said, “Get her,” raised stirred speculation in the viewers for it is not clear as to whether who “her” is. They were either there for Juliette or for Trubel.

Though the finale of the fourth season of Grimm mainly focused on the battle between Nick and Juliette and the death of Juliette, it is highly possible that it was actually Trubel, as played by Jacqueline Toboni, who the agents are referring to and were ordered to bring in, according to Franchise Herald reports.

Did Trubel actually betray Nick by working for Agent Chavez who has been singling her out since the start of the Grimm’s fourth season? This would be an interesting turn of things for Nick and how he will react to it when he finds out, especially now, since it was Trubel who actually ended the life of his love, Juliette, when he could not bring out the guts to do it for himself. She shot her crossbow which ended the life of Juliette as she was attacking Nick. Nick had also just recently lost his mother. With another love lost, who knows what will become of Nick now. According to reports, with the death of Juliette, Trubel could be eyed as the next antagonist in the show. It is possible that viewers will see a Grimm vs Grimm battle. That will be an interesting scene to see.

On the other hand, one of the creators of show, James Kouf had told TV Line in an interview that he hopes and deems that Nick will comprehend the significance of what Trubel has done for him. “He’s gotta know, being a Grimm, that she had no choice if he were to survive,” he said. If they were to switch places, maybe Nick would have done the same for her. “All the episodes are him, grieving. It’s 12 episodes of him, alone in a room, feeling bad,” co-creator David Greenwalt jokingly added.

Both Kouf and Greenwalt seemed to have confirmed the death of Juliette as played by actress, Bitsie Tulloch. When inquired by The Hollywood Reporter if the character is beyond doubt dead, Kouf said, “Hell yeah! We can only afford so many people in the fifth year.” To which he added that Greenwalt’s reputation has been known to slay show’s regular character since his days in “Buffy, the Vampire Slayer.”

Greenwalt has also stated that what happened to Juliette will modify the course of the show, “It is a big twist, that’s for sure… I think it’s going to be even darker still in a way. You know, it’s not going to be the same Grimm. It’s not the same dynamic anymore,” he said. As to whether Trubel will be the next villain or not, fans will have to wait and see to find out. Grimm season five is scheduled to premiere this fall.