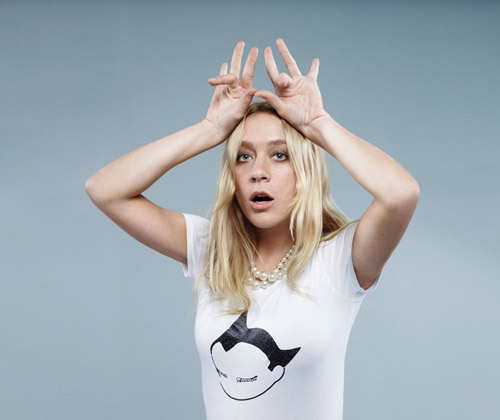 Lily Rabe might be leaving American Horror Story, but is her absence going to be filled up by Chloe Sevigny? The Those Who Kill actress said in a recent interview by fearnet.com that she’s interested to come back to the FX hit program even though she has a new show of her own.

When asked if she will return to the FX horror show, Sevigny said “I’m not sure.” Sevigny continued by saying “Ryan Murphy teased me, ‘Oh, now you’re doing this show, you can’t do ours.’ I guess it depends if we get a second season of [Those Who Kill], and what happens with that. I love American Horror Story, and I love this show, so I hope I can do both.”

“Those Who Kill” follows Catherine Jensen (Chloë Sevigny), a recently promoted homicide detective who enlists the help of Thomas Schaeffer (James D’Arcy), a forensic psychologist, to track down serial killers and relentlessly seeks the truth behind the disappearance of her brother. – A&E Television Networks

There have been lots of news and rumors about who’s going to return for the fourth season of the horror anthology. Sevigny’s name came up because of her interesting character in the show’s 2nd season titled Asylum. She played a nymphomaniac in a time where it was never completely understood. As it was shown in the program, Sevigny’s character was locked up, butchered by a demented doctor, and finally set free with various deformities and illnesses.

Even though her character was eventually killed off, Ryan Murphy, the co-creator of the show, and the creative team has the habit of bringing back its actors and actresses to play different roles in the subsequent seasons. Examples are Dylan McDermott and Jessica Lange who have appeared in numerous seasons in different characters.

In season 4, Murphy remains too vague on who will really return and who’s leaving the show. The Glee co-creator hasn’t even confirmed if Lily Rabe is actually leaving the show. So far, we know that Jessica Lange will be returning (and she’s already practicing her German accent) and also Sarah Paulson (who said she’s practicing a skill for the next installment, but hasn’t said what is it yet). Different actors have also voiced their interest to come back to the show like Evan Peters, Kathy Bates, and Angela Bassett, but news of them getting a call from Murphy hasn’t surfaced yet.

Taissa Farmiga is also rumored to not return on season 4, same as the last time when she skipped Asylum. Farmiga has signed to a comedy horror movie called Final Girls opposite the beautiful Malin Akerman.

“The grieving daughter of a 1980s scream queen finds herself trapped in her mother’s most famous film. The women are reunited and must fight off the film’s maniacal killer before the daughter can return to her life,” says the official synopsis of the film.

The movie is set to begin production in Louisiana in April which means that it will contradict with AHS’s own schedule.

[…] article, Chloe Sevigny Returns to American Horror Story?, is syndicated from On Edge TV and is posted here with […]

What’s up to all, how is everything, I think every one is getting
more from this site, and your views are fastidious in favor of new people.

I am not sure where you are getting your info, but good topic.
I needs to spend some time learning much more or understanding more.
Thanks for great info I was looking for this information for my
mission.

I have read some excellent stuff here. Definitely value
bookmarking for revisiting. I surprise how much attempt you set to make any such
great informative site.