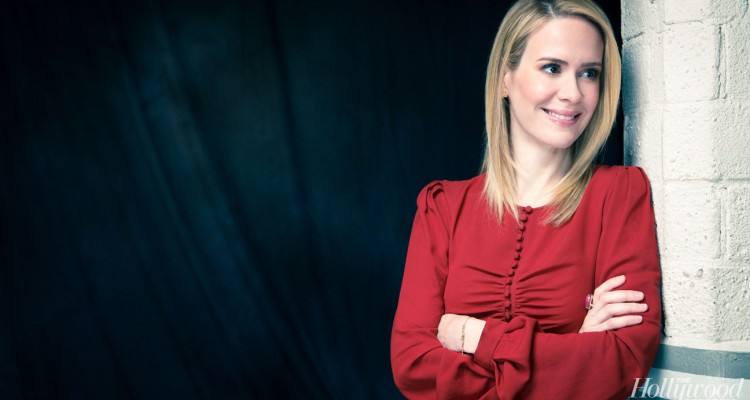 Sarah Paulson Talks About Her Jealousy 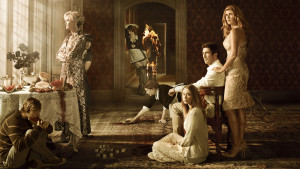 American Horror Story: Hotel, has a lot of guest stars checking in this season. Sarah Paulson, one of the few actors who has been a part of the show from the very first season, and is keeping her consistency by reappearing this season as a “bad-girl”. We are super excited to see what Ryan Murphy has in store for her character this season. Previously we have seen her playing very different roles and this time we’re hoping to witness exactly that again. Which is why it was very reassuring when Paulson stated, “If I’m doing anything right it will! I wanna scare some people. I’ve never played anyone on the show [that was villainous] – there’s always been a level of heroism.”

Jessica Lange has bid her goobyes with the show but the viewers and her costars are still in love with her. Paulson not only admires the former AHS-star but also confesses of her envy towards Lange, In an interview, Paulson confessed, 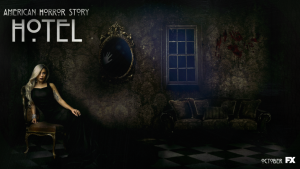 “I remember just being so jealous of Jessica during ‘Coven’, always, she gets to toss off these one-liners and cane people and smoke lots of cigarettes. So I hope I can do all stuff like that, just ’cause it’s a great deal of fun. I haven’t really played a lot of villains in my life. I hope [Ryan Murphy is] telling the truth about me being the baddest, baddest bad girl or whatever he said. I think he might be right and I just hope it’s all that.”

Sarah Paulson has more confessions about herself. She speaks of her obsessions with the Emmys by stating, “I was one of those girls who dreamt of doing this when I was a really small child. I’ve watched the Emmy Awards for as long as I can remember,” Paulson said. “I have a lot of friends who have them, and believe me, I’ve been known to be in the rooms of their houses with these Emmys for a little too long, just stroking them.” Apparently she took a nap in the middle of the Emmy, she said, 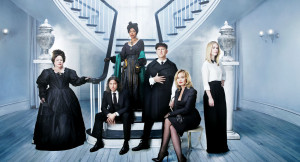 “Was a little disconcerting to my friend.” Paulson further goes on about the Emmy Awards and mentions, “I think there is award worship, in general, but I think it’s only negative in terms of what you do with it. If you decide without it you’re nothing, or your work has meant nothing if you never win one – there are incredible actors who have never won an Academy Awards or Emmys, who deserve to.” Paulson is expecting to receive nominations for her performance in AHS: Freak Show as Bette and Dot and we wish her all the luck.

The nomination might not be for certain but what’s for certain is that Sarah Paulson is sure to reappear in the fifth season of American Horror Story, along with Cheyenne Jackson, Lady Gaga, Chloë Sevigny, Evan Peters, Angela Bassett, Kathy Bates, Wes Bentley and Matt Bomer.