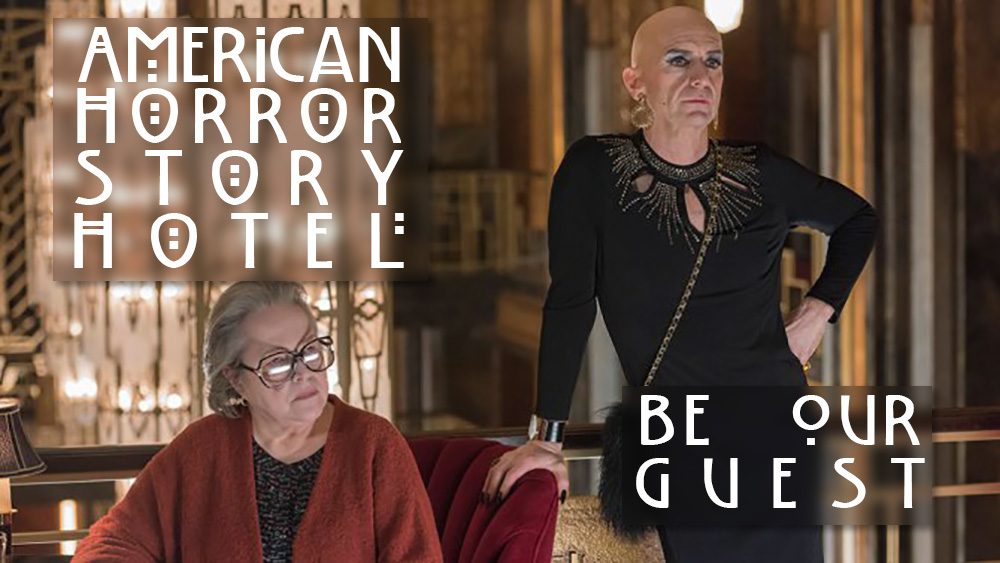 Be Our Guest is the final episode of the 5th season of American Horror Story. It serves as a nice wrap up to the season. It is also not a very good episode. It does have some high points, and if you have watched the other 11 episodes, there is no reason to stop here.

For the most part, the episode gives off the vibe a voice over wrap up that you would get in a “Stand By Me” type movie, but it isn’t done in a voice over. 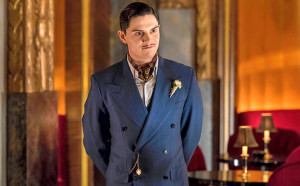 Liz Taylor and Iris are left to run the hotel Cortez after the murderous episode 11. They try to spruce it up, and get some business by getting some online reviewers to stay. Unfortunately, Sally and Will Drake decide to kill them. This prompts Liz to call a meeting of the spirits of the Cortez (to which only about 8 or 9 ghosts show up). Liz and Iris ask the ghosts to stop killing the guests, and Sally and Drake refuse. (you would think this would be cleared up if they just said “we’ll send people you can kill to the 6th floor. Don’t kill anyone on any other floor”). James March shows up and agrees with Liz and Iris. He demands the killing stop, and threatens Sally if she disobeys.

We then go into a strange sequence where Iris buys Sally a smartphone and sets her up with social media profiles so she has something to do (other then killing people). Sally becomes internet famous. Liz works with Will Drake to help him get his business back on track. Liz becomes the outside face of the company while Will plays the eccentric millionaire hold up in a hotel routine. They also have fashion shows at the Cortez with a line of ghost models and no cameras allowed. (Isn’t that Tristan modeling in the fashion show?) 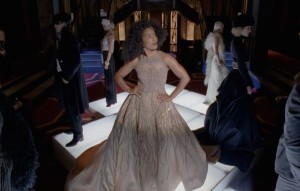 Liz, however, is still upset about the loss of Tristan, and is confused as to why his spirit hasn’t shown up in the hotel (a discrepancy I pointed out in an earlier review). Iris brings in the psychic Billie Dean Howard (from AHS: season 1, still played by Paulson). Billie Dean contacts Tristan, but he doesn’t want to talk to Liz. She also contacts Donovan, and tells Iris that he is in a beautiful place. He tells Iris “I love you mom”

Liz eventually becomes “the first woman with prostrate cancer”. She decides she wants to die in the hotel and remain as a ghost. After inviting the main ghost group in to kill her, the Countess arrives. The countess proclaims that Liz was “always my fondest creation” before slitting Liz’s throat.

Once a ghost, Tristan returns to Liz. He tells Liz he stayed away because Liz had more living to do. (this does leave the question of who is going to be the outside face of Drakes company now… but maybe he son is up for the challenge… it has been many years since the previous events of the series.)

Meanwhile, Billie Dean has become something of a pest to the hotel. She continues to do “Paranormal Investigation” shows in the hotel, and keep attracting undesirable guests.

On Devils Night, John Lowe shows up to the Cortez and offers to help with the Billie Dean problem.

He offers her an interview where he reveals what happened to him. After an unsuccessful attempt to live in the outside world with his family, John returned to the Cortez with Alex and Holden. They send Scarlett of to boarding school so she can have a normal life.

After hunting for food for his family, John gets cornered by the cops just outside the Cortez. He tries desperately to make it inside before the cops kill him, but he doesn’t make it (which explains why he only shows up on Devils Night). He then takes Billie Dean up to James March’s Devils Night party with all the usual serial killers (including Lily Rabe’s brilliant portrayal of Aileen Wuornos). They collectively threaten Billie Dean if she doesn’t stop promoting the Cortez as a paranormal hotspot. Billie Dean gets cocky and says that since they can’t leave the Cortez, how can they stop her. That is when Ramona comes in to guarantee Billie Dean that she can and will hunt her down unless she complies. This seams to do the trick.

John then heads off to his old room where Alex and Holden are sleeping, and a now grown Scarlett is sitting in the chair. The talk for a moment and John goes to sleep with his wife.

The episode ends with a bustling bar scene in the Cortez, and the Countess hitting on a random guy. The more things change, the more they stay the same.

As far as a season wrap up, this was kinda silly. It did wrap everything up though, and it was good to see Lily Rabe again. Hotel was not the best season of American Horror Story, but it was not the worst either. That mediocrity is carried through to this final episode that, in essence, felt like the last couple minutes of a movie. It does not stand well on it’s own, but in context it isn’t a bad way to go out.