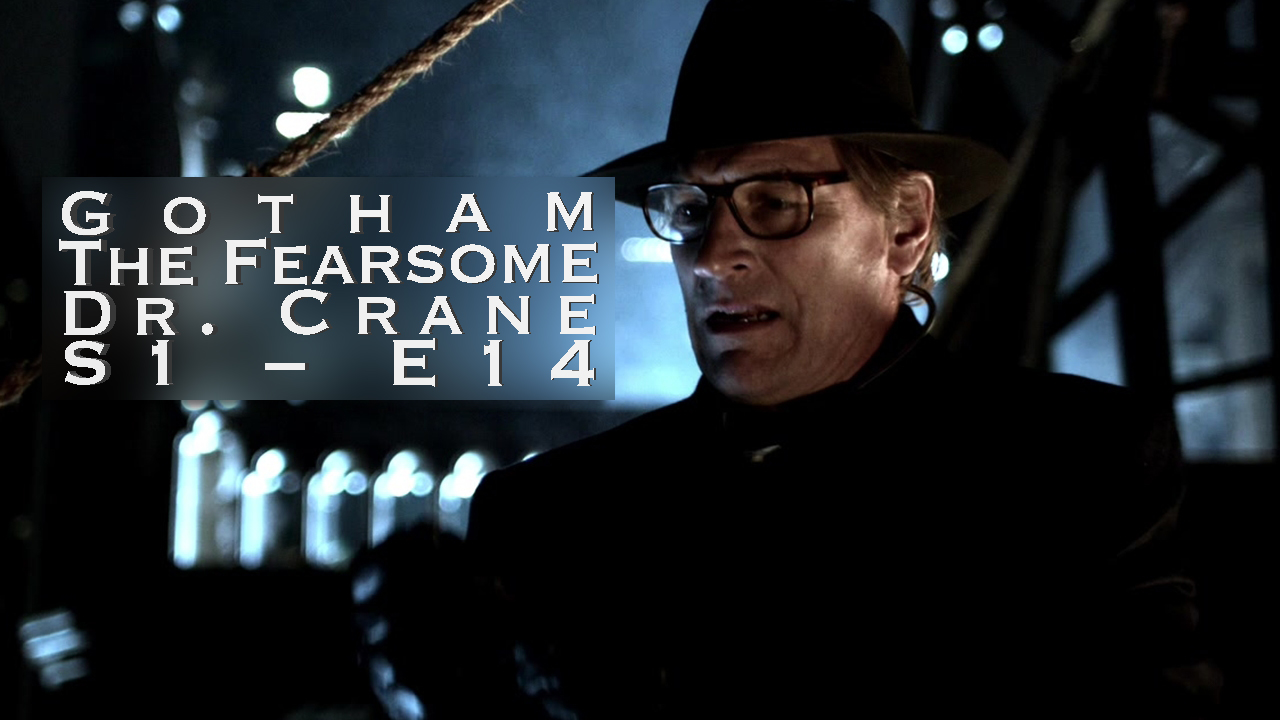 So the Gotham soap opera goes on. This week actually had a pretty good villain, and a different side of Bullock. But we will get to that in a minute.

The Fearsome Dr Crane opens with a poor gentleman tied to a chair being winched out over a rooftop on some pulleys. The aggressor (Dr Crane), then throws a noose around the mans neck, and after checking his vitals, lets him over the edge to be hung.

The man gets winched back onto the roof top, and Bullock and Gordon are called in to investigate. Ed Nygma discovers an incision in the body showing that the culprit removed something, but they won’t let poor Ed find out what. 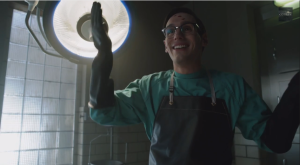 Back at the GCPD station, Ed looks into the body anyway, and when he is caught, he gets suspended. Meanwhile, a phone number in the deceased mans pocket brings in a young woman who Bullock questions. He finds out that the man was part of a support group for people with phobias. Bullock has the hots for the woman he is questioning, and try’s to act like less of an ass (we see more and more of Bullocks softer side as the season wears on).

Gordon and Bullock discover the chair the victim was strapped to came from an old, abandoned building (there sure are a lot of those in Gotham) so they go to investigate.

Meanwhile, Dr Crane, and an accomplice abduct another man who seems to be afraid of pigs… When Gordon and Bullock arrive at the abandoned building, the find the fearsome Dr Crane’s assistant with a pig mask on about to kill the latest abductee. In their usual “shoot first” manner, Bullock and Gordon take down the masked bad guy and save the latest victim.

Back at the police station, Bullock is sure they got the bad guy, but Gordon has his doubts. The victim is sedated, and hasn’t been able to give a statement yet. Gordon is told to calm down, and Bullock runs off to tell the girl he likes that they got the bad guy… we know this won’t end well. 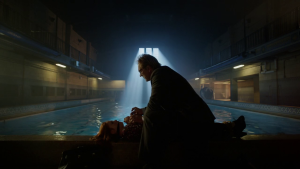 And it doesn’t. Dr Crane (who was part of the phobia support group) grabs Bullocks new love interest right from under his nose, and is going to drown her in a pool (since her phobia is swimming pools). Since his former accomplice is dead, Dr Crane is now toting around his teen angst son (who I am guessing will become the Dr Crane / Scarecrow of later years). Bullock finds out that the girls phobia stems from almost drowning in a specific pool, so they head there. They arrive just after the tied up girl is pushed into the pool, and Bullock dives in to rescue her while Gordon chases Dr Crane. Bullock saves the girl, but the fearsome Dr Crane manages to escape.

Overall, I would say the “police procedural” part of the show shined this week. It was engaging, and wasn’t diminished to much by the constant interruption of the season arch. Granted, I would have happily traded in some of the extra storyline with Fish, Penguin, Barbara, or Dr Thompkins (yes, Jim Gordon goes on a couple more dates with Leslie), but overall, this episode was far better then the previous few episode.

Fish Mooney is still alive. She is on a boat, and apparently the boat gets taken over by pirates. 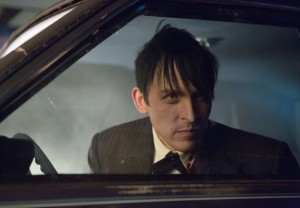 Fish does manage to call Maroni and rat out the Penguin. This leads to Maroni taking the Penguin upstate to “meet a guy about a thing”. The secrets come out, and the Penguin ends up in an old car about to be crushed. He weasels his way out, and escapes Maroni.

Gordon goes to leave his keys to Barbara’s apartment at the apartment and runs into Selina Kyle. He tells her that he and Barbara are broken up (I would be happy about this because Barbara is an annoying charecer, but since I remember Jim Gordon being married to Barbara Gordon in the comics I read as a kid, I am sure she will be back). Selina informs Gordon that she lied about seeing who killed the Wayne’s. Gordon goes to talk to Bruce, but Bruce gives him the cold shoulder.

So, how will the Penguin adapt his plans now? Will Bruce solve his parents murder without Gordon’s help? What will happen between Jim and Barbara? Will Fish Mooney die already? Tune in next week to find out!