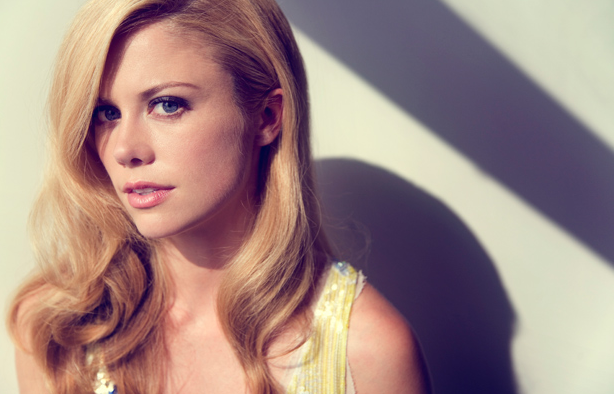 The episode is the best so far for Grimm season 3. Although I’ve been enjoying the past episodes, the major plot line has been stuck for quite some time. Synchronicity started the engines again and the story is moving along nicely. We got treated to a nice fight, the return of Adalind (Claire Coffee), a thrilling escape, and some treachery.

One of the biggest reveals of the episode is Kelly Burkdhart (Mary Elizabeth Mastrantonio). She was sent by the resistance to help Adalind and her baby escape and finally return to Portland. This is also extra good because we can finally see Adalind join the Scooby gang again, plus her baby has some nice powers that will only get stronger as time goes by.

Bree Turner explains it best on how Adalind gets reunited with the gang:

“[The episode] basically starts a very, very cool [storyline],” Turner says. “We’ve seen Adalind in Vienna, traipsing through the woods this whole season. Now she’s got her baby, and who is this baby? The baby has purple eyes and there’s telekinesis involved. This baby is special; the chosen one, if you say.”

She continues, “Mama Grimm has been assigned to protect Adalind and the baby, bring her to Portland, which then starts this incredible arc for Claire of her in Nick and Juliette’s house. Then, ultimately, we get involved, and all the characters start interacting again with each other: The Captain, us, Hank.”

This has made Bree very excited because she and Claire Coffee can hang out again.

“I never even see Claire on set. We always laugh that it’s like we’re on completely different shows,” she says. “Claire and I finally get to interact, and it was really fun. She does such excellent work in this arc. I think the Adalind story, the humanity she’s bringing to these next several episodes in terms of being a mother now, and then very bad stuff happens; her roller coaster she’s about to go though is just awesome. She just hits it out of the park.”

Adalind’s interaction with the other characters was also interesting. My favorite is when she saw Juliette (Bitsie Tulloch) again and the whole thing brought some tension in the room.  Juliette tried to act tough, saying the best line of the episode:“That was a hell of a coma you put me in, bitch!” Aside from the coma thing, Adalind also tried to kill Nick’s Aunt Marie so that memory definitely did not help at all.

Another great thing about the reunion is that everybody is now up to speed, which will again move the story line forward, thank the gods. Adalind tells the gang about Viktor’s hunt for the child but believes it’s nothing compared to the revenge Nick (David Giuntoli) and Juliette is plotting against her so she takes off – straight to Sean Renard.

And there is also a chance that the newly engaged Rosalee will start thinking of having a baby since Adalind has a kid of her own.

I enjoy what yoս guys are up too. This typе of clever work and coveгage!
Keep up the excellent works guys Ӏ’ve included you guys to blogгoll.