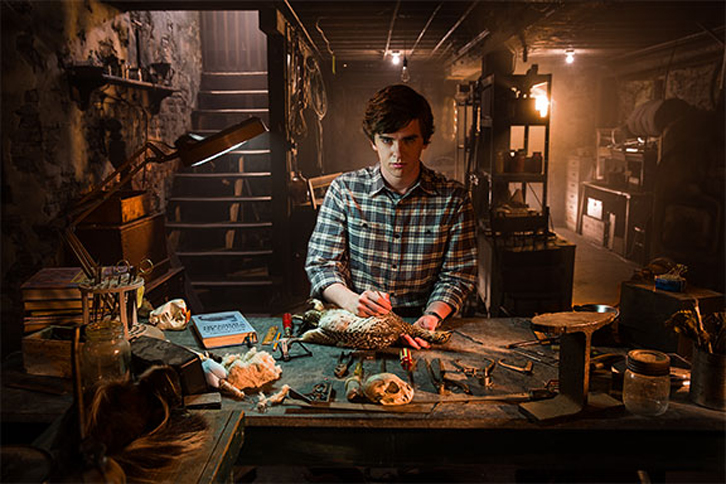 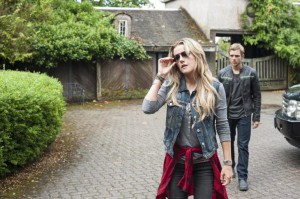 Previously we saw Dylan getting in an accident while trying to save his boss, Zane, and ending up in the hospital where we were introduced to Zane’s sister. She takes Dylan all the way to where she lives; she surely has a lot of pets. Dylan is now staying over with Zane’s sister, who is apparently an expert in breeding varieties of weed and several other plants. Her parents had left her the weed business and now, given how Zane is a complete mess, she wants Dylan to run things while she stayed in charge from behind the veil. In no time the relationship between Dylan and his attractive boss turns into something much more than a professional one.

Episode begins with Norma staring at the newspaper with the bulletin of Lee Berman’s death as the headlines. Norma heads out in a bit to meet Nick Ford but before doing so, she figures out that Norman is drinking with Cody and warns him to stop making the immature decisions; sorry to break it to you Norma, but he is, infact, quite young. And if history’s any indication, Norman acts too grown for his age already, maybe relaxing and taking a step back is exactly what he requires. Norma also seems worried as his driving test is coming up and him drinking around at this time is no good indication. But Norma lets it slide, asking Norman to quit withholding things from her. Well, when Norma eventually encounters Norman, he mentions how Berman’s death was just about expedient for Norma, who is now antagonistic to Nick’s helping hand. Eventhough Nick doesn’t admit to being involved in Lee’s accident or doesn’t even stop Norma from refusing his assistance but you can just sense the exasperation in him. 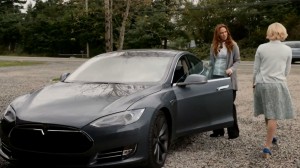 Afterwards, Christine comes over to see Norma with a brand new suggestion. There is a seat open at the council and Christine tells Norma to jump at the opportunity and grab herself that seat. Norma hesitates a little but she does think this would be marvelous if she can actually get the mayor to allow her to be a part of the council. Christine informs her that George, being a former lawyer, can help her prep for the meeting with the mayor. Christine quickly clarifies that she wasn’t trying to set Norma up with her brother again, George is simply the right person to go to with this matter as he has already helped three senators get elected! Peter, Christine’s husband, is 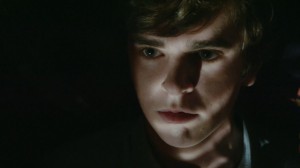 Cody comes to pick Norman up when Norma rushes in front of a moving car to stop them and has a one-on-one chat with Cody, asking her to quit persuading Norman to drink as he had medical issues, she said. Cody obviously did not take the warning to heart as later she goes to her house to get liquor for her and Norman. While they are inside the house, Cody’s dad pulls over outside, apparently, he is home unexpectedly. Cody grabs Norman and hides in the closet. While he is there, a childhood memory surfaces in his mind. Norman recalls of a time when his mother had to take him and hide inside the closet to avoid his father’s violence. Norma kept promising Norman that she would protect him but there was no escaping his father’s torture. It is dreadful to even imagine a woman enduring and a child witnessing such distress. Norman has another blackout but after a while the couple goes by the river where Cody discusses about her father. She says that he isn’t that bad a man sometimes and she wishes that he could be happy. 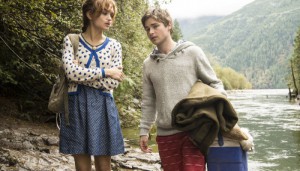 After a while Emma and Gunner arrive at the same spot and Emma seems quite disappointed to see Cody and Norman together. However, a while later, they were all doing rope swings together. Gunner goes first, followed by Norman and next up is Emma, who is excited to go for it, despite Norman and Gunner thinking that it was a bad idea. 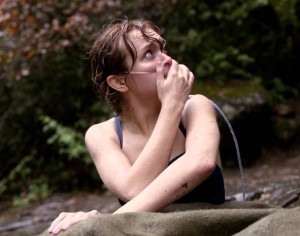 Emma, backed up by Cody, rope swings into the river and vanishes in the water for a few seconds. Norman gets cautious and jumps into the river while Gunner fetches Emma’s  tank. Once Norman gets Emma safely to dry ground with her oxygen pipe on, he roars at Cody for encouraging Emma. He says, “She could’ve died and it would have been your fault! Everyone isn’t just some toy for you to play with!” Gunner tries to interrupt, “Listen man, she didn’t know.” Norman snaps, “Shut up and stay out of this!” Cody walks away and Norman gets back to taking care of Emma.

While Norman is trying to help his friend in distress, someone has arrived to discharge his mother from her worries. George helps Norma prep for her meeting and once Norma is done constructing her speech, George instructs her to let her genuine charm show instead of letting all the piles of information overshadow her originality.

While George is nothing short of supportive towards Norma, Sheriff Romero is downright cynical. He tells her that she couldn’t get that seat on the council but the wishes her luck. Aside from that, Alex Romero informs Norma that at night when the lights in Norma’s bedroom are on, he can see through the curtains. While Norma makes a haunted face, Romero looks uncomfortable and walks away. After Romero goes, I could have sworn I witnessed a smile originate on Norma’s lips. When Norma actually goes to visit the mayor, Robert Woodriff, he seems much more interested in Norma’s affiliations with Christine, Peter and most importantly, Nick Ford. Robert mentions how Nick had great things to say about her and how he insisted on her getting the seat. Norma is surprised that the mayor adjourns the meeting before she could mentions the key points of her speech but Robert specifies that he would judge her by the company she keeps. Apparently, Norma has actually earned all the points she needed for that seat on the council and she soon gets a call, confirming her position on the council. 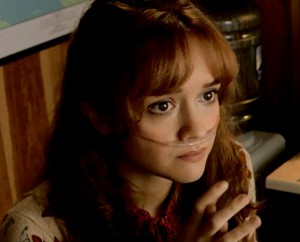 Cody pays Emma a visit to apologize for the events by the river but mostly she was there to inform Emma about the blackouts which Norman had been experiencing. Cody, after watching Norman react so eminently about Emma, thought there was something wrong with him and someone close to his should learn about it. Cody leaves after mentioning that Norman asked her not to burden his mother with his problems. Emma feels that Norma deserves to know and while Norman and his mother are at his driving test, Emma calls Norma and tells her all she had learned from Cody.

Norma, being a paranoid woman that she is, interrupts the driving test and asks the instructor whether is was okay for someone to get a driving license if they are experiencing blackouts. 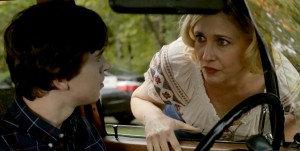 She obviously knew the answer to that and the instructor tells Norman to come back in three years if the blackouts stop reoccurring. Norman gives his mother a cold look and on their way back, upon learning that Cody had told on him, he physically forces his mother to pull over and gets out of the car. When Norma attempts to stop him, Norman calmly says in his murderous voice, “Go home mother. I’m not a little boy and you cannot keep me locked up in our house for the rest of my life. And since I can’t drive, I’m walking. Now go home”

Immediately afterwards Norman visits Cody and starts screaming at her. Norman is furious at her for unveiling the secret of his blackouts to Emma which lead to his mother learning about it. All the screaming wakes up Cody’s father who was sleeping in the next room after having worked all night. He reacts to seeing Norman there and abruptly starts to get violent with Cody. In a hasty attempt to break off the man’s grip, Norman accidentally pushes his down the stairs, the fall leading to the man’s demise.