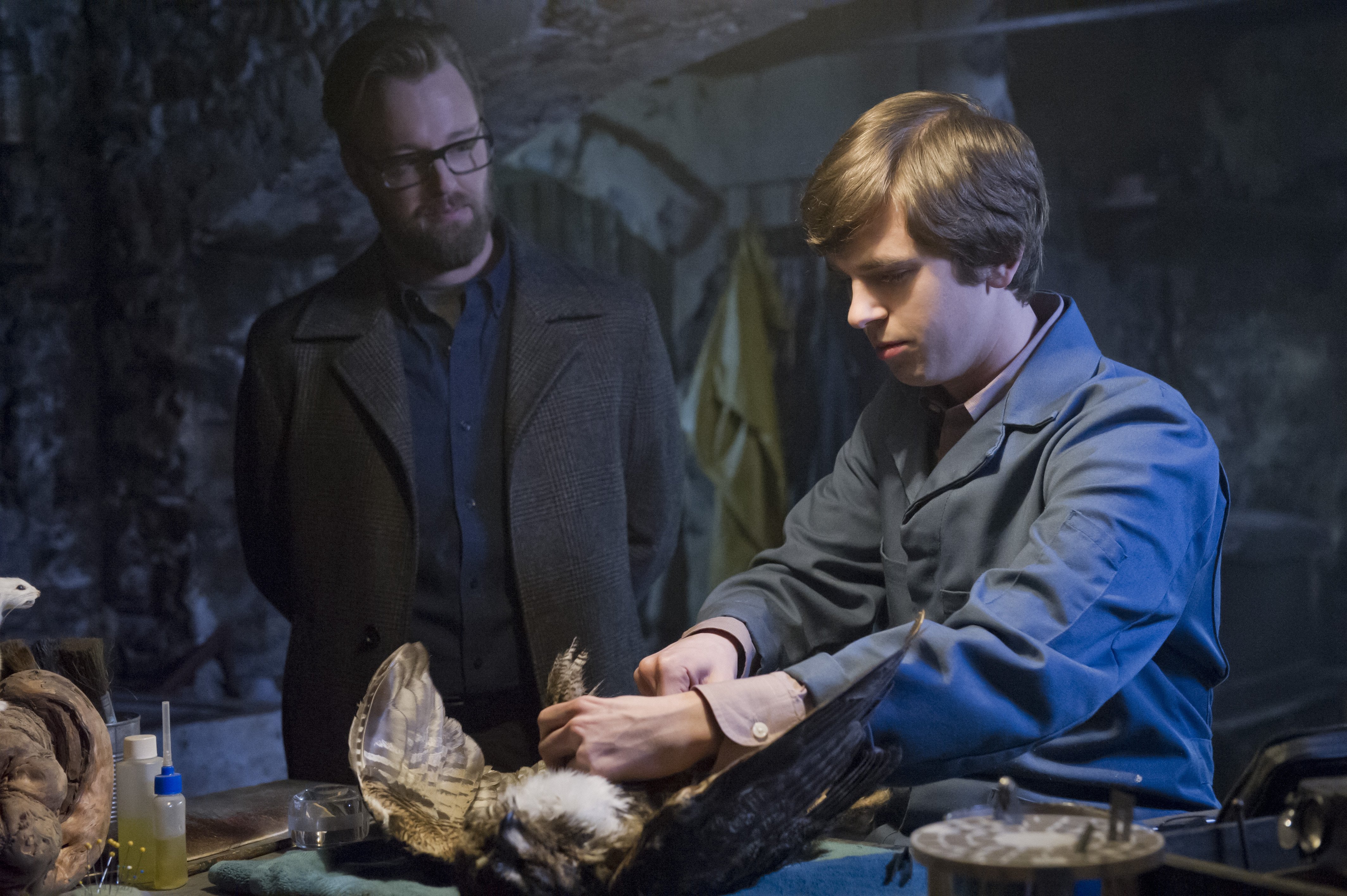 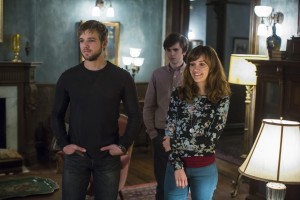 In this episode of Bates Motel Dylan asks Emma out to a thank you dinner when they are abruptly interrupted by her father who reveals that she was in fact more severely ill than she admits to. Her father takes her home and later Dylan goes to visit him when he reveals that things are not looking too good for our dear Emma. Apparently, she can get better but for that to happen, she needs to be high up on the transplant list since not too many people are keen on donating their organs. To move her up the list in a hospital in Portland, they would have to make a significant amount of donation which Emma’s father could not afford. Seems like Dylan is more than inclined to make a contribution to changing Emma’s life. 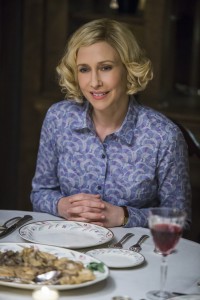 He offers to work for Chick in exchange for 25 grand, which he wishes to spend on Emma’s treatment.

Norma picks up her phone from the service center and finally sees all the zillion messages from Dylan and learns about the attempted murder on Romero. She leaves him a message and later finds him back at her house. Romero is more worried about safe and sound Norma than Norma is about wounded Romero. Romero asks Norma for the flash drive and after hesitating for a while she gives it up. She admits that Dylan hid it in the farm and Gunner knew how to get that thing cracked open. There at the farm, Romero meets Caleb for the first time. He views the contents of the flash drive and it looks like he saw a ghost. Apparently his mother’s name was on that ledger and Bob Paris tells him that his father used his mother’s name.  Romero meets his father and threatens him to take off his mother’s name from the list or he can kiss his life goodbye. 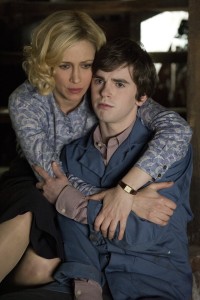 Dylan tells his mother about how Norman reacted when she was gone. He tells her that Norman got all dressed up and believed that he was Norma. This scares her too much and when James come over later to check on her, she introduces him to Norman, hoping that he could fix the problem with her son. Norma leaves Norman and James alone in the basement where Norman is doing his taxidermy business. Norman abruptly and inappropriately asks James how it was sleeping with Norma. James asks him why he cares about his mother’s romantic life, he asks if Norman wanted to sleep with her and right then Norman attacks him. After trying to choke him to death for a couple of seconds, Norman let’s go and James rushes out of the house. James tells Norma to immediately get Norman some help and runs away without wasting another second. Norma goes to talk to Norman who looks awfully hurt and Norma promises him that they will spend more time together. 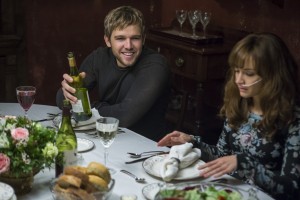 Norma fetches drunk Romero from and brings him back to the hotel. Romero tells Norma how his mother committed suicide before 23 years. He blames his father for his mother’s death. He says his father drove her to her death. Also that his father set up a trust in her name to collect his share of the drug profit.

Dylan’s dinner plans are ruined when Norma tells him that she had a family dinner planned for all of them and that if he wanted, he could call Emma to dinner too. Norma finds Caleb on her porch, trying to place flowers and a note, thanking her for talking to him and letting him apologize. 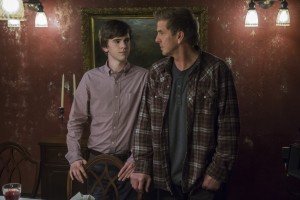 Norma tells him they could not be friends in a normal way but then invites him back to the house for a family dinner. Dylan and Emma are both pleased to see him. Norma plays the piano and Caleb joins her. It was such a pleasant moment that everything seems normal so just a few minutes there and you’ll forget that it is Bates Motel, it seems all so peaceful. At the end of the episode we see Norman inside his mother’s room with ‘You belong to me’ playing in the background, which is exactly how Norman feels about his mother. He is incapable of sharing her or her affections with anyone else. How bad will this get and how fast? Only time will tell. Looks like we will be watching the rest of the episodes of the seasons on the edge of our seats.

Saved as a favourite, great site!