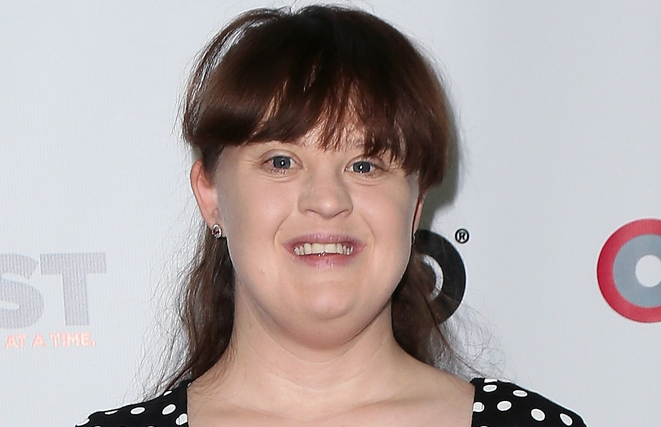 We’re getting a little bit closer to the 4th season of American Horror Story. So far, we already know the title which is Freak Show and because of that, we have a general picture of what they will be doing.

Just a little refresher, Jamie has been part of two seasons of American Horror Story. In Murder House she played the character of Adelaide “Addie” Langdon the daughter Constance (Jessica Lange) was caring for and in Coven she played Nan, one of the witches whose first power was to read minds.

You were in Murder House and Coven, but not Asylum, would you have liked to be in it? Would there be a character for you?

Jamie Brewer: “If there was a characters, yes, I would have. Honestly, Ryan chose to keep me out of it because of the maturity in it. It all dealt with mental capacity and mental state, what happens to people mentally. Ryan said, “Okay, I don’t want Jamie for that. I know that she probably could do that but I want to keep her out of it.”

What’s your favorite moment on Coven?

Are you going to be on Freak Show?

Have you talked it out with Ryan Murphy yet?

Jamie Brewer: I’m going to ask. I’m probably going to ask, I know that there’s going to be a question about that tonight.

In Murder House, your character died, was it hard to play the death scene?

Jamie Brewer: It was hard on my end at times. It actually turned out really great. Even though the emotions ran high between Jessica and I, and everybody else at times, it’s amazing that I actually held my own on the emotional side with what Adelaide had to go through.

It was indeed very tragic, it was you very first acting job right?

Jamie Brewer: Actually, it is.

So your first acting job was to have a big death scene, was it tough?

Jamie Brewer: Honestly, yeah. I’ve been involved with theater and started with the theater in 8th grade. Later on, as I matured and became an adult, I realized that I can change lives easier through the arts than medically.

Can you remember the title of your 8th grade play?

Jamie Brewer: That has been a while to remember, but I started back then.

I guess you don’t want to be in the medical field anymore?