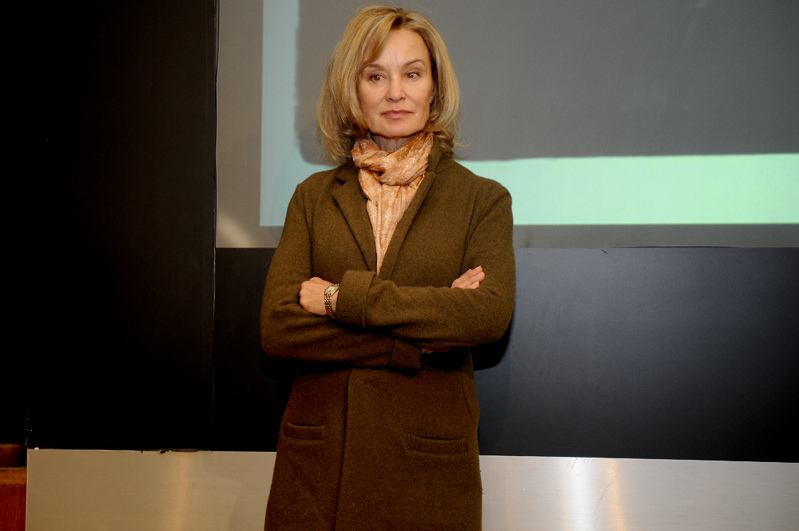 If we’re going to talk about celebrated actors then Jessica Lange will surely pop up in the discussion. Her 40 year career is full of great movies, TV shows, and excellent theater performances.

She has won Oscars and Emmys and published books about photography, but when asked for what she will be remembered most from her answer is “Tootsie”. The American Horror Story actress says. “When I think on all the films I’ve done — and many of the parts were great, the filmmakers, the experiences — that’s the one that will remain a classic. It’s just a brilliant piece of film making. Great script, wonderful actors – it holds up beautifully. I’ll catch it on TV here and there, and it always delights.”

Tootsie is her most known film, especially for movie buffs who have touted the flick for its importance in establishing a high bar in terms of directing and scriptwriting. Ms. Lange’s role won her an Oscar for Best Supporting Actress, so it’s very safe to say that Tootsie is indeed very memorable for the veteran actress. Aside from giving her first Oscar, the film was also a curious choice for Ms. Lange because of the theme of “changing sexes”. Today it may be a lighter issue compared to yesterday but the choice to be part of Tootsie proved that Ms. Lange was willing to do movies that were out of the box.

We all know that she has had career resurgence thanks to American Horror Story, but instead of taking a high paying job to act in a mainstream movie, she decides to do indie films instead in between seasons. In Secret stars Ms. Lange as a domineering woman who forces her niece Therese (Elizabeth Olsen) to marry Camille (Tom Felton). Therese is Camille’s cousin, and their marriage is a loveless one. But even with the heft of the situation between Therese and Camille, Ms. Lange still has the biggest acting assignment as her character suffers a stroke – forcing her to convey deep emotion with only her eyes.

“That was such a huge challenge as an actor,” says Ms. Lange. “Because, really, you rely on your voice and your body to explain and illuminate a character. To not be able to have any of that was actually kind of great. How do you express these huge, tragic emotions with words? Without movement? That was exciting. And those were the kind of challenges I loved about acting to begin with.”

And speaking of challenges, Ms. Lange says that it’s a challenge to work in TV because of how fast things are going. “It’s been very illuminating, because as an actor, you prepare, you figure out your voice, or this and that; it’s this deliberate, intellectual process,” she says. “On television, though, there’s this velocity — it’s not like some big movie where you’re sitting around all day in your trailer, you have to be quick on your feet and hit the floor running. So in the end you just rely on your imagination, which I love anyway, and try to be in the moment, which it’s really all about.”

TV or Movies, we all know one thing, we all love Jessica Lange. May she we have more years of superb acting ahead of her.