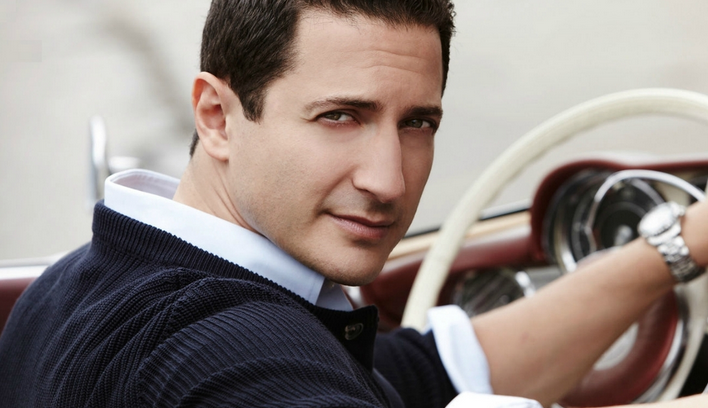 Sasha Roiz plays the mysterious Captain Renard on the NBC show Grimm. In an interview, he shared what the fans can expect in Season 3 and also talks about his new role on the anticipated blockbuster movie, Pompeii.

On the show, Captain Renard is a bit complex when it comes to pursuing his own ambitions and being a good guy sometimes, is there going to be a reward for Renard in the long run?

“Generally it’s rather selfish ambitions but there are times when he does do things altruistically. He does have somewhat of a soft spot for Nick at this point – but ultimately his own ambitions will always win out as far as his course of action.”

The fans of Grimm have a hard time of gauging Renard’s true feelings towards Adalind’s baby, what are your thoughts on the matter?

“The storyline with Adalind and the baby is certainly going to be one of the more interesting storylines this season. I was just talking to (Grimm creator) David Greenwalt about certain aspects of it as well, because it’s very complex. I think Adalind, as much as she’s been a thorn in his side, there is some sort of relationship, something unspoken. He has a respect for her because she’s become a worthy advisory of sorts. There definitely is an attraction between those two.

But all the stuff going on across the pond is going definitely to challenge them. It’s a really interesting storyline that has a unique arc this season.”

Can you give us any clues on when we will see climactic episodes on season 3?

There is the baby, which as far as the mythology for the show… along with the baby comes a really interesting storyline, there is something quite special about this particular child. It will also challenge Renard on a personal level as there’s a child involved at this point.

“There is the upcoming marriage [between Monroe and Rosalee] and that’s a very interesting development as it has all sorts of ramifications as far as the cross-Wesen aspect of the relationship, and how that affects their own families and their personal journeys and their relationship to Nick of course.

And of course we have things that will come back from season two. It hard not to give too much away but there’s definitely a nice slow build throughout this season that culminates in some intense drama.”

Can you tell us something about your new movie Pompeii?

I play a character called Proculus, who represents the corrupt aspect of Rome; Kiefer Sutherland and I are cohorts in that.

It’s a wonderful cast. It was a really interesting production. We spent three months shooting up in Toronto, Canada. It was really physically challenging. There’s a volcano, there’s a love story, all this amazing components but it was physically demanding to an extent I’ve never experienced before, but it was really rewarding.

We were beat up quite well by the end of it.