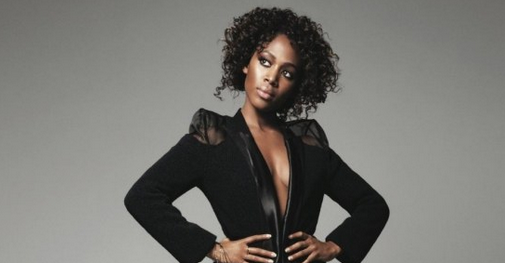 Sleepy Hollow has ended with only 13 episodes, which is surprising considering that the hit show is on the Fox network. The decision was made due to the popularity of cable shows that make episodes on the same format.

The show is the brainchild of Roberto Orci and Alex Kurtzman, co-creators and co-executive producers of the Fox program. It is a modern twist on Washington Irving’s classic The Legend of Sleepy Hollow.

The lead character, Ichabod Crane, is played by Tom Mison, a very talented actor who has appeared on different TV shows and Movies, the most popular one is Salmon Fishing in the Yemen. His portrayal of Crane is a true gem in the sense that the role suits him very closely, as if it was tailored for him all along. His interactions with everyday objects like showers and smart phones are a huge source of light comedy for the show.

To balance the clueless time traveller, he is paired with Abbie Mills, played by the beautiful Nicole Beharie. Their partnership has become the true star of the program, which garnered 10 million viewers on its pilot and had steady ratings throughout its 13 episode run.

Although the show is enjoying immense success, Ms. Beharie says the she never expected that the show will cause her mental and physical challenges.

“I am going to be honest. It’s a labor of love, but a challenge,” says Ms. Beharie. “We had very little time for error. We had no margin to go back and shoot things. The pages were coming in, and we were shooting them that day.

“And, they were intense pages. There are dense historical references, emotional story lines. There was never a second to get bored because it is so complicated, but also intimate.”

She says one of the hardest factors to tackle was the shooting schedule because the show primarily shot in night time. Shifting from night time to day time schedules was hard for everyone on the set which Ms. Beharie says was very challenging but kept the group closer together.

She also utilized fatigue to play her character as she felt like that her character would be very exhausted trying to deal with supernatural beings popping up regularly on a once natural world.

The script is another cumbersome factor to tackle with as it comes on 3 levels, the historical, the personal, and the fantasy. But the Sleepy Hollow star says that even if her job is demanding, she still considers it as a huge blessing. Her role as Leftenant Abbie Mills has recently given her the nomination for Outstanding Actress in a Drama Series for the “The 45th NAACP Image Awards.”

She says that she is much honored to be recognized for the series, but Ms. Beharie believes that the real honor in her life is having worked on 42, a biopic about Jackie Robinson, the first African-American to plan on Major League Baseball. Ms. Beharie says she saw a picture of the legendary athlete and became very emotional because she feels that she helped tell his story to a younger generation through the movie.