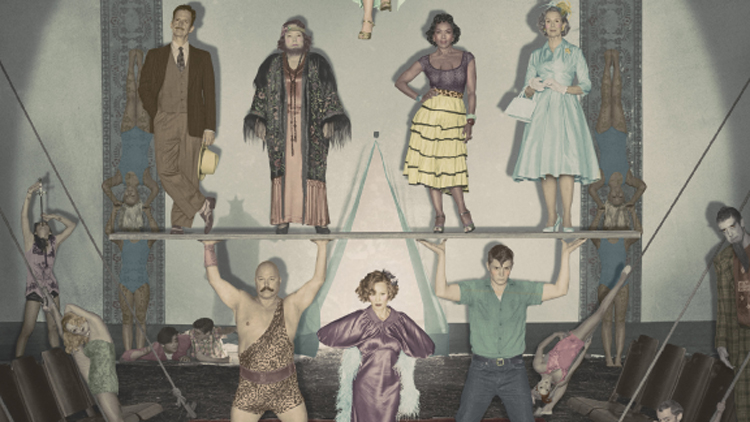 The latest episode of FX’s American Horror Story: Freak Show is a must see. It contains a lot of twist. According to one of the show’s stars, this is only the beginning. Finn Wittrock, who plays petulant man-child Dandy Mott, spoke in an interview how scary and the episode is. His character was very challenging that he even examined the 1960 classic Psycho for inspiration, particularly the creepy mother-son relationship. They will make sure that fans will be scared to death when episode 9 of Freak Show airs on Wednesday.

“I’ll just tell you that the next one, I think his body count might double,” Wittrock said Thursday. “The next one really, honestly takes the cake. Even I’m scared.” “There’s a side to a child’s mentality that is beautiful and innocent and there’s a side that’s totally self-centered and if that side never gets a chance to mature then I imagine it sort of becoming this monster,” Wittrock explained.

Next week’s episode of American Horror Story entitled Tupperware Party Massacre” will find Jimmy (Evan Peters) sinking into “drunken despair” while Stanley (Denis O’Hare) and Elsa (Jessica Lange) “track down” Bette and Dot (Sarah Paulson). The twins are guaranteed to be in grave danger with the con man and jealous freak show leader on their tail. But viewers have bigger things to worry about Dandy murdering his own mother. Despite how protective and dedicated she was to her son, Dandy decided to put a bullet through her head, and then proceeded to soak in a bathtub full of her blood. With the shocking twist fans will wonder whose next on Dandy’s list? The synopsis for episode 9 only states that “a reading from Maggie (Emma Roberts) spurs Dandy to action.”

It’s unclear what action the plot description is referring to, but one theory has to do with Maggie’s connection to Stanley. The pair started off as partners looking to make a quick buck off of dead freaks. However, Maggie has grown fond of the people living at the camp. She refused to kill Ma Petite (Jyoti Amge) and has been urging Jimmy to leave the camp. Some terrifying scenes had been released for “Tupperware Party Massacre” but fans will have to wait and see what happens next.

The video shows Dandy charming his way into a woman’s home (potentially during a Tupperware party) under the pretense of borrowing her telephone, but the next scene shows a handful of women floating face down in a pool. Meanwhile, Dora’s daughter Regina (Gabourey Sidibe) needs to watch her back. The girl is bent on finding out what happened to her mother and it looks like Dandy is ready to tell her the truth.