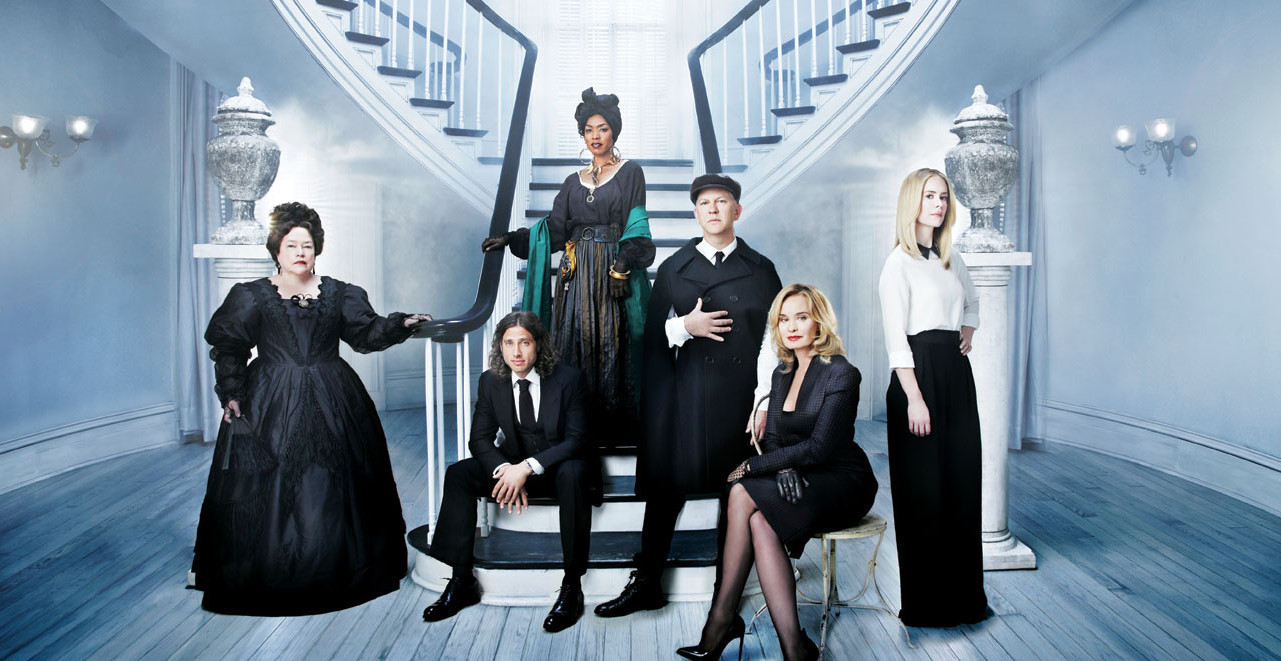 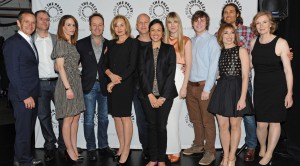 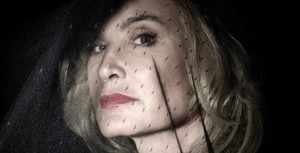 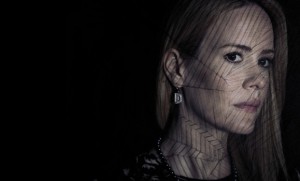 Sarah Paulson spoke about the nominations, stating, “I knew it was happening. We’re in New Orleans starting to shoot. The sun was coming up and I didn’t get the call and I fell back to sleep and the phone rang. The first person I heard from was the costume designer on our show. And then the phone started to explode Believe me, I have a text going with our cast and crew that’s here to make a plan for drunken debauchery that will happen. We’re in New Orleans. The only way to celebrate is to kick back a few.” She goes on to speak about the upcoming season of the show, “Having read the first two scripts, it’s going to be everything everyone hopes it to be and more. It’s very new, and unlike anything that the show has been before. That’s very exciting for us. We had hair and makeup tests yesterday. I could feel a crackling kind of excitement.”

Since we are talking about the nominations, you might be happy to know that Benedict Cumberbatch (Sherlock: His Last Vow), along with Idris Elba (Luther)Chiwetel Ejiofor (Dancing On the Edge) Martin Freeman (Fargo) Billy Bob Thornton (Fargo) and Mark Ruffalo (The Normal Heart) have received noms for Lead Actor in a Miniseries or Movie.

In line for grabbing the award for Outstanding Drama, there are Breaking Bad, Downton Abbey, Game of Thrones, House of Cards, Mad Men and True Detective. Putting up a fight to win Outstanding Comedy, we have, The Big Bang Theory, Louie, Modern Family, Orange Is the New Black, Silicon Valley and Veep.

When asked about his thoughts on the success of American Horror Stories, the show’s creator/producer, Ryan Murphy says to hollywoodreporter, “I think that show is a very odd show and that you don’t expect actors of that caliber to sign on for “horror” because horror has always had this reputation of being beneath so much. The actors — those women — who we have are the best in the business and none of us look at it as a horror show; we look at it as an emotional piece. 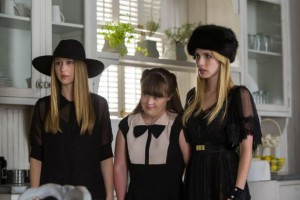 The horror is just the icing on the cake with that show because I do love that and it is fun. I just think that for some reason, I’ve been very lucky with my ability to land these actors and I land them because I love them and I tell them that right up. I’m so thrilled that Sarah Paulson got nominated. Jessica Lange, I think you can always expect! She’s such the queen of the universe that she’s always going to do well, but Sarah — I thought it was so great to see her in that [lead actress in a mini] category. I think that’s her first time in the leading category, so that’s amazing. I was so thrilled for Kathy Bates and Angela Bassett, who are new to us this year. I was super thrilled about Frances Conroy because sometimes a performance like that, which is so grand and carefully constructed, gets overlooked. I loved that character so that was a great thrill for me.”