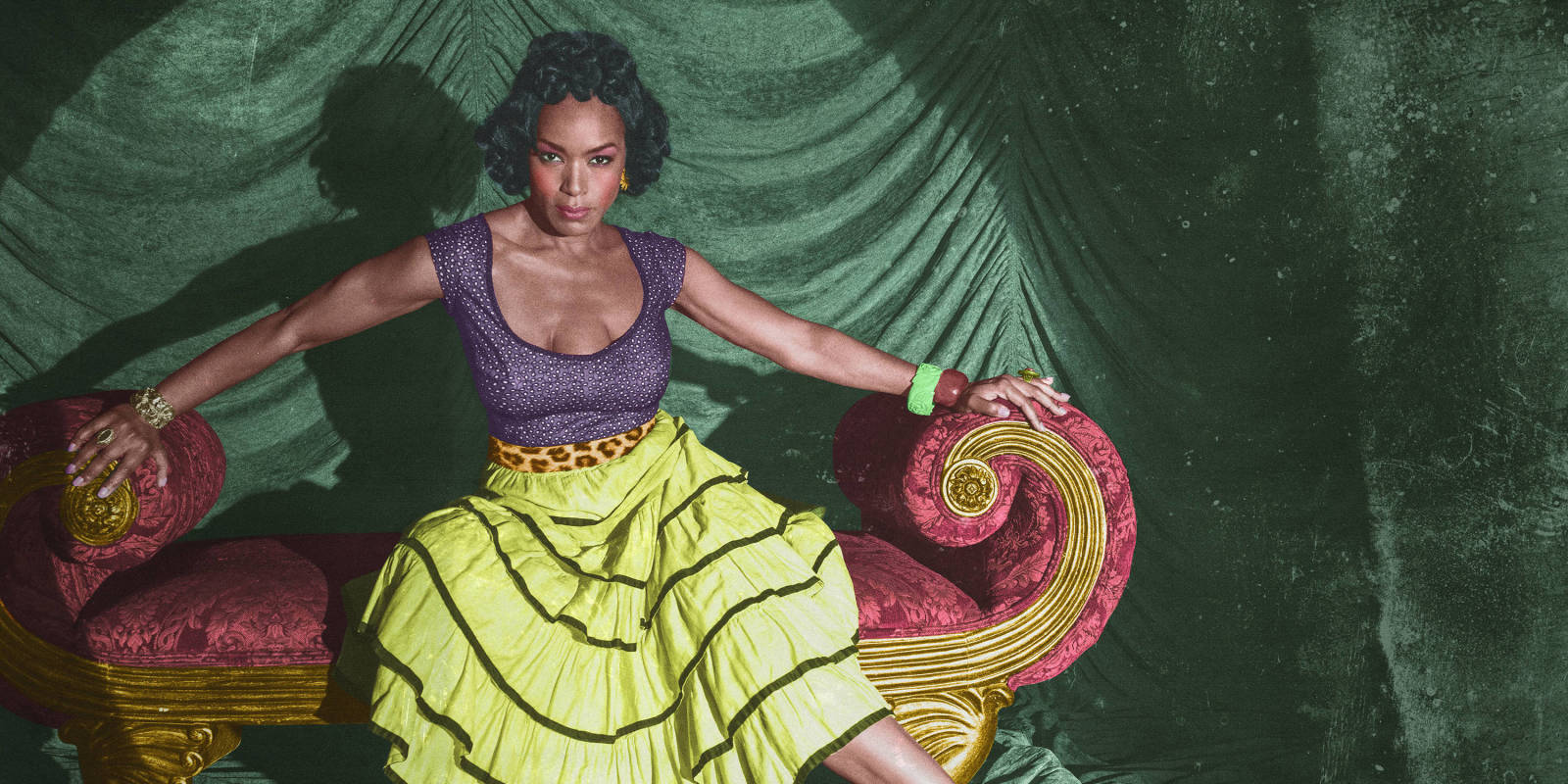 American Horror Story’s intense us versus them approach was captured in the final image of Test Of Strength. Ma Petite, floating in clear fluid, actually dead and gravely on display in Freak Show’s Mütter Museum stand-in. Jimmy Darling and his friends stay on high alert, because the freak is an scarce species in 1950s America.

It’s a disappointment on the other hand  that no one thought to be on guard a few nights after Dell Toledo tried pulling the same stunt in Amazon Eve’s caravan. You can trip over plenty of problems defending American Horror Story’s shortcuts and slips, but this one’s hard to get past. Even after a winning bonding session with his son, even with the heaviness of Stanley’s blackmail scheme weighing down upon him, there’s no good explanation for the effortlessness with which Dell enters Ma Petite’s chambers. The freaks’ carts have been circled since episode one in an attempt to avoid exactly this kind of thing. Most of the people in the camp state that they want Dell dead in Test Of Strength. Despite all that, he’s the one alive. This is really careless.

Test Of Strength somehow left me feeling numb. Jyoti Amge has been one of the favorite parts of Freak Show. Her death should have been felt more deeply but the timing of death didn’t work out.

The episode spends the best part of its runtime acting as if it doesn’t have the pluck to bump off a supporting player like Ma Petite.

American Horror Story was managing a different test of strength. More of a presence than a real character, Ma Petite dies a symbolic death, but wasn’t done emotional.

I’m looking forward that one season will restart itself in progress, knowing the excess of characters and twists of loose ends left in its wake. Test Of Strength had a scene that’s nothing but a stream of yelling among Jessica Lange, Angela Bassett, Michael Chiklis, and Evan Peters. There’s a huge hole in the middle of this season, an emptiness Freak Show is badly trying to fill with midseason additions like Tergesen or Gabourey Sidibe.

In the form of Nirvana covers and general cheerfulness brought to a loyal and paying audience, the players are going to play. The haters, on the other hand, will hate, through schemes of exploitation including but not limited to murder, blackmail, forced body modifications, and sarcastic remarks about Jimmy’s rendition of Come As You Are. The general idea of the disagreement is that one party creates while the other one destroys. The continuing tale of Dot and Bette Tattler proposes that Freak Show doesn’t see things in such bleak contrasts, what with Bette yielding to the trappings of fame and all the fancy hairdos that come with it. But that sort of thing is allowed and assisted by Elsa, who’s as much of an over-the-hill hack living vicariously through someone else’s talent as any leeching villain in a backstage musical.