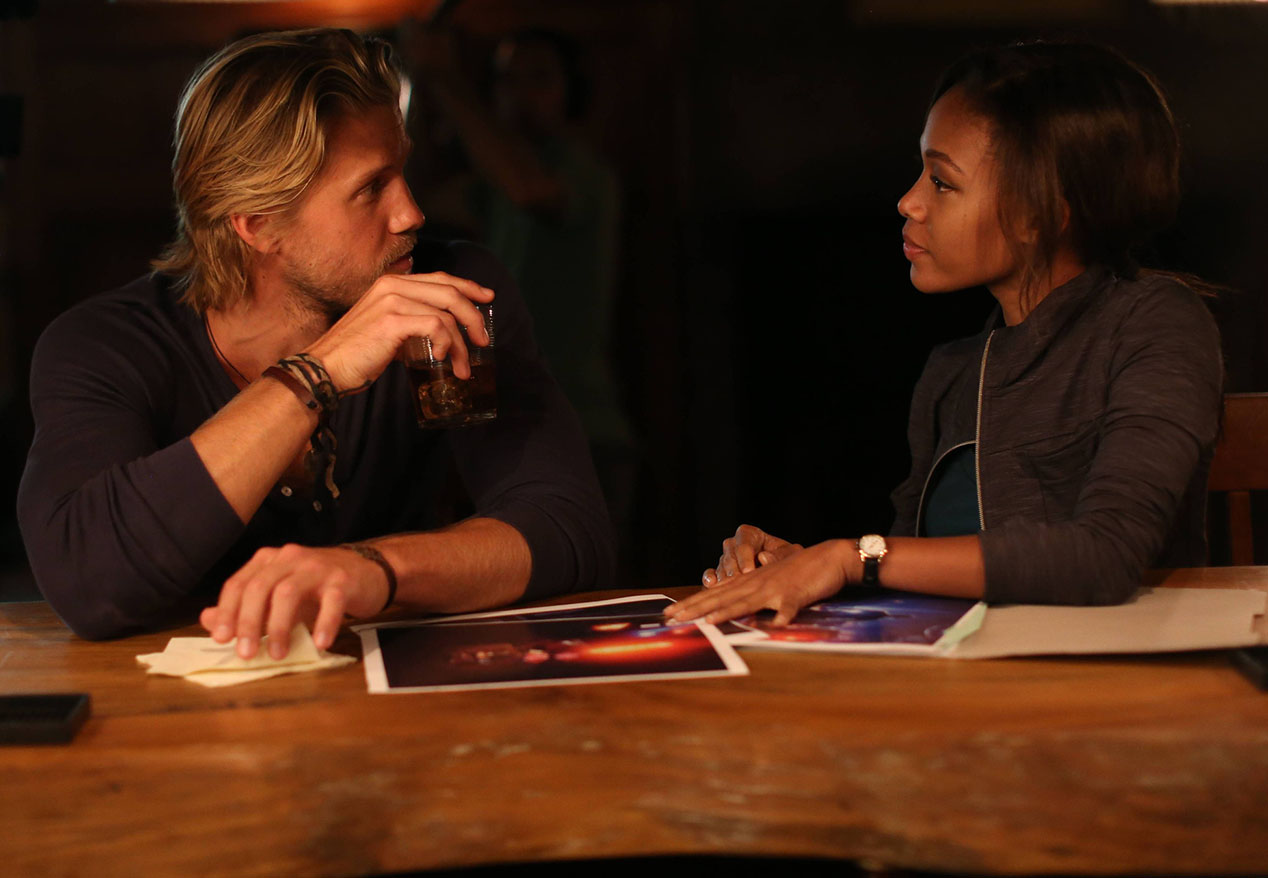 Heartless opened with Crane and Katrina hidden in their cabin. Crane was talking intricately on the nature of love and courtship more like “The Bachelor” 21st-century ideal of romance. Katrina on the other hand wants to know if there’s more television of reality, but Lt. Mills is concerned more with Parrish. She’s been playing NSA and tracking Parrish internet usage.

Parrish bought a ghostly heart off of eBay. He uses it to send for a succubus, who quickly goes to Pravda, Sleepy Hollow’s hottest night club.

The episode’s biggest conflict grows from the introduction of Katrina into the Colonial Crime Stoppers.  She doesn’t show much interest in anything at all, other than being sick, a distraction for Crane, but has knowledge of certain nameless mystical texts.

Lt. Mills was looking for Hawley. She finds him at a bar. When the succubus was introduced, he brings the thing back to his place. Fortunately, Lt. Mills and Crane were summoned and discovered the succubus’ plot and save Hawley.

Upon returning to Crane’s cabin, they found Katrina in the throes of a nightmare that turns out to a psychic peek into Parrish’s house. We see there that Parrish had pulled the baby Moloch from Katrina’s womb. The baby gets covered in the red goop the succubus collects. It’s all a bit gross.  The red goop is in fact necessary to the baby’s growth.

The succubus is a more specific type of demonic unit, known as the Incordata  or, the heartless. The demon’s heart is kept apart from the demon’s body, on sanctified ground, and must be destroyed in order to do lasting damage to the succubus. The Colional Crime Stoppers split up, with the boys and girls parting ways:  Katrina and Lt. Mills searching for the heart, while Crane and Hawley track down the succubus herself.

Crane and Hawley have a bros’ night out at the club in order to lure out the succubus. Hawley doesn’t say much before the succubus catches up to them, finally luring Crane to a back room, trapping him.

Lt. Mills and Katrina are trying to work together. The means for the fight is Parrish, and whether or not he can be persuaded to affection for his mother and father. Katrina stays faithful to the cause, but Lt. Mills always the cynic, if such a thing can exist in a show centered on the supernatural.

The two wander through one of the apparently dozen local cemeteries in search of the heart of the succubus. They find a tomb and uncover a jar full of maggots that houses the heart. Katrina starts chanting some anti-succubus spell to destroy the heart. Crane came and stabs the succubus, that released a kind of shockwave. Lt. Mills shoots and destroys the jar, and begins reading the incantation herself, setting the heart on fire. Crane and Hawley killed the succubus, who, in its demonic form.

As the episode ends, we get a glance of Katrina with Abraham and Parrish, and see that baby Moloch, now fully nurtured by the red human soul goop, has taken a fully human form.

Heartless talks of the changing in relationships. It was merely superficial and maybe no real progress in that realm is being made.