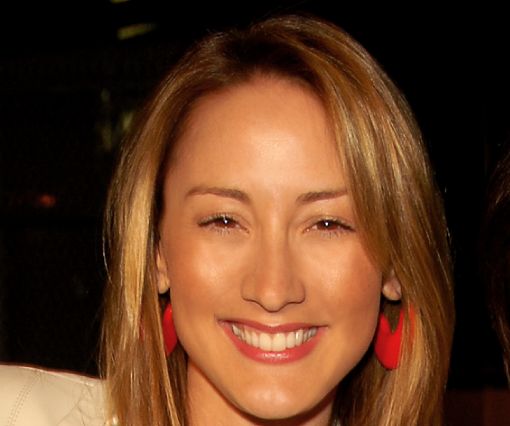 One of the plotlines that I like watching in Grimm is the progress of Rosalee and Monroe’s relationship. Monroe proposed in the middle of the season and show runners Jim Kouf and David Greenwalt have promised that there will be a Grimm wedding.

It’s interesting to note that originally, there was no wedding between Monroe and Rosalee considering Bree Turner was just a recurring character. However, the chemistry between Turner and Silas Weir Mitchell has been so strong that the union now seems fated to be.

“It’s been very cool, the reception from the fans about the relationship,” says Turner. “I think it’s a combination of natural chemistry that just sometimes clicks. You never know. They hired me before I ever even met Silas. I could have come here in Season 1 and we could have had terrible chemistry. I could have been an a**hole.

“Luckily it was a really natural fit between him and I. But also the fans have just been so receptive and so lovely to me. It’s made the journey really cool.”

Though the show runners were thinking about the wedding for quite some time, Turner didn’t know about it after it was announced.

“I honestly read it in TV Guide right before Comic-Con, an interview with Kouf and Greenwalt, that Monroe and Rosalee are going to be married in Season 3. I texted Silas and I was like, ‘Really? Information I would have liked to have known!'” she recalls. “This has been in the [cards] for a while now, but in true ‘Grimm’ style, the journey has been wind[ing]. There’s been so many elements congesting the way to the altar, which has made being able to act, getting behind the stories and the characters, has been very satisfying because there’s always conflict. Complications are always fun, as an actress.”

One storyline that dabbled on today’s issues was Monroe’s anti Fuchsbau parents.

“I think there have been many episodes this season that have touched on different issues in our society these days. That was a very clear one in that his parents are frankly bigots. To show that in such an aggressive way, I thought was a nice, bold move from the writers,” Turner says. “It was a very hard line that was established in that episode. I thought that was very cool. To have the opportunity to go a little bit deeper when you’re working with fantasy television, it’s always satisfying.”

Turner said that she has already read the script for the season 3 finale and teased that it will be full of exciting moments and some cliffhangers. She also promises that the finale will be a great episode for Rosalee and Monroe.

“They really hit the sweet spot with the script,” she says. “There’s so much perfection going on. Rosalie and Monroe are truly having their moment.