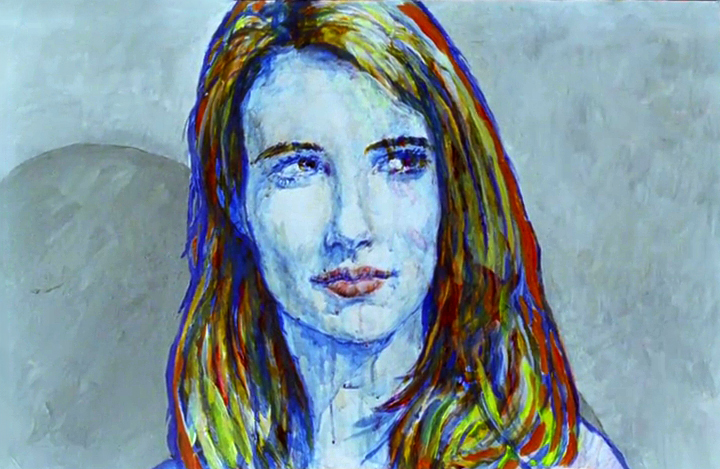 Co-creators Ryan Murphy and Brad Falchuk gave us something different with American Horror Story. For every season there is a different setting, different story, and even different characters. For Coven, they explored witchcraft and voodoo, a rich story backed up by talented actors and actresses. One of the said actresses is Emma Roberts who played Madison Montgomery, an out of control teen star with attitude problems.

In real life, Roberts is a big fan of the show. She shared her feelings for the show and told the story of she got to be a part of the hit FX program.

How did you end up on American Horror Story: Coven?

EMMA ROBERTS:  I’d told him that I wanted to be on the show since the first season ‘cause I was obsessed.  Anytime I’d run into him anywhere, ‘cause we’re kind of friendly, I’d be like, “When are you gonna put me on American Horror Story?”  And he randomly just called me, one day.  It was so surreal.  I got a call saying, “Ryan wants you to be on the show, and he’s about to call you.”  And he called me and I tried to be cool, but I was jumping around my house like, “Yes!  Yes!  Yes!”

What was your reaction when you found out what the season would be?

ROBERTS:  When I heard it was going to be Coven, I was like, “I’m so happy I’m on this season ‘cause if I wasn’t and I was watching it, I would be so mad.”  When I was younger, I loved all those witch movies, like The Craft and The Witches and The Witches of Eastwick.  Even Sabrina the Teenage Witch was what I grew up on.  There’s just something so fascinating about witches, and I think it hasn’t been done, in a very, very long time.  It’s just so cool.  When we do our witch stuff, obviously we don’t see it because it’s special effects.  I love watching the shows because I look really cool.

At first were you immediately all in or did you ask any questions before saying yes?

ROBERTS:  I was nervous.  When he asked me to be on the show, I was so excited, but then, I was like, “Wait, what’s the part?”  I thought, “What if it’s something I don’t want to do?”  Last season was pretty hardcore, so I was definitely a little bit concerned about some of the things I would have to do.  And Ryan told me the role, and then I was even more excited.  It’s a role I’ve always wanted to do.  It’s fun to get to go to work and wear really fun dresses and heels, and look glamorous.  I feel like I’ve typically played the girl-next-door, in the past.  So, it’s nice to mix it up and play the popular girl.

You’re been pretty successful all throughout your career, is there still anything you particularly look for in scripts or do you just base your choices on instinct?

ROBERTS:  It’s just what I like.  You know that something’s good when you read it, or you know that people are good people when you meet them.  Those are the projects you want to do, and the people you want to work with.  I definitely have a list of people that I hope to work with, in my lifetime.  But, I’m also open to anything, as long as it’s something that’s good and interesting and different.