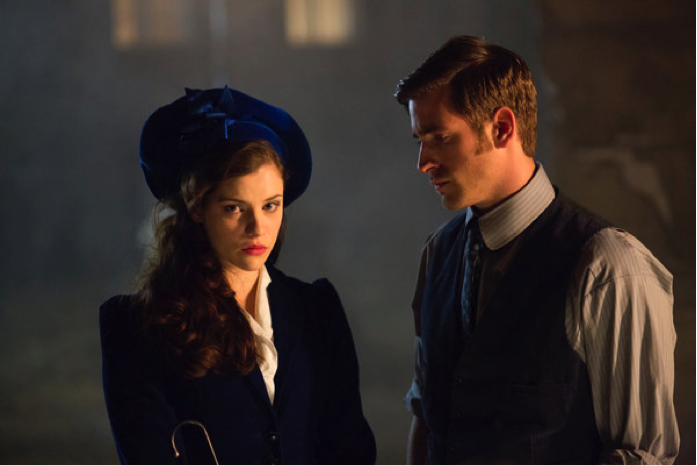 It was revealed last week that Van Helsing was the savior of the Vampire. The second episode begins with the process applied by Helsing and the first conversation which to ever take place between Dracula and Helsing. Waking up from the long sleep Dracula seems agitated by the mere sight of Van Helsing. Thus, Helsing needs to take some time and explain his purpose of his actions. After being reminded of the tragic tortures done to Dracula and his wife, he seems determined to take revenge on The Order of the Dragon, this being his and Helsing’s mutual motive. Then we get a peek into present day Van and Alexander Greyson who are having a chat over a syringe of blood being drawn out of Greyson’s hand, which would later be used in Helsing’s experiments for finding a cure to Dracula’s sunlight aversion. During this conversation, Van tells Greyson how he disapproves of Greyson’s abrupt killings as it would make the existence of a vampire among the mass very much obvious. 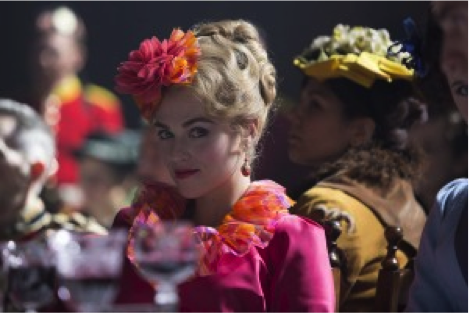 Next we move to a scene where Lucy, Mina’s beloved friend, ties three ribbons (apparently, showing a symbol of support or even placing a bet) on a man named Alastair at a fencing tournament, hoping that he would at least last till the finals. However, sadly he loses the very round to Daniel Davenport, son of Lord Davenport. After winning, Jr. Davenport exchanges a look with Laurent, reason to which is revealed later in the episode. Mina, Harker and Lucy’s mother were also present there. Harker tries to have a laugh regarding the matter of Alastair’s defeat, while he himself gets embarrassed as the waiter places the bill in front of Harker, seeing he was the only man at that table. Jonathan Harker looks a little shaken by the matter and quite clearly, doesn’t have such amount of cash to pay when Lucy’s mother quickly grabs the bill saying that it was her treat.

At the same tournament, Jayne has a conversation with Mr. Browning about vampires and Kruger, whom they hadn’t heard from since his last mission. Jayne thinks he has gone underground while Browning assumes a far worse and in this case, the actual possibility. In either case, Jayne decides to further handle the situation by herself. Jayne is still far from getting her mission accomplished as she is later seem in a sexual encounter with Alexander Greyson at her place. Dracula, however, imagines Ilona’s face throughout. Jayne enters her den of seers, who manage to locate Dracula only to have him track them back and place a counter measure on them.

Soon later, Greyson is seen making an offer to Laurent to buy his stocks which he refuses. Late Greyson offers Harker to work for him as vice-president of Public Affairs. Greyson particularly mentions how this position would involve a generous salary and a house, which previously belonged to the late Clive. After some hesitation and stressing over what Greyson’s intentions behind this might be, Harker accepts the much lucrative offer. Mina, too, shows enough support in this matter when, previously Jonathan discussed the matter with him. After which, Greyson saw Mina heading toward her surgery exam. She seems nervous, but Dracula advices her that, “When it comes to dreams, one may falter. But the only way to fail is to abandon them.” Mina repeats the very words during her surgery and eventually tops the exam. I find it extremely unrealistic, not that you expect anything realistic in a series called “Dracula”, how Mina manages to nail the surgery only by few words from Dracula while she was practically traumatized previously by the idea of the exam. Is Dracula that influential or is it the bond that the two share?

Greyson, quite obviously, asks Jonathan about Laurent’s deep dark secret. Harker directs Greyson to a club where Greyson becomes aware of not only Laurent’s but also Daniel Davenport’s little secret. The two were caught smooching by Dracula. Laurent looks taken aback by this intervention and Dracula circuitously threatens them of revealing this secret to their families if he did not have his interests met. Later that night, Alexander feeds on the club’s coat girl, named Sinead and quickly takes off before Lady Jayne in the place of the occurrence. 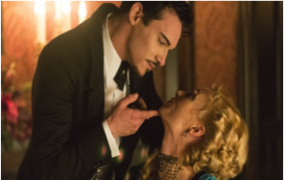 Around the end we see Jonathan Harker celebrating with his friends, showing them the ring he’ll propose to Mina with. Going with the flow, Harker states that once they are wedded, he would make sure that Mina forgot about all the university business and concentrated on more “womanlike” things. Mina, on her entry, hears this and brushes out of the room with Jonathan running after her to stop her from leaving. He failed in his attempt as Mina realized that Harker had never actually been supportive of her dreams. The episode ends with all these interesting events and leaving ask asking for more answers which we hopefully find in the next episodes.