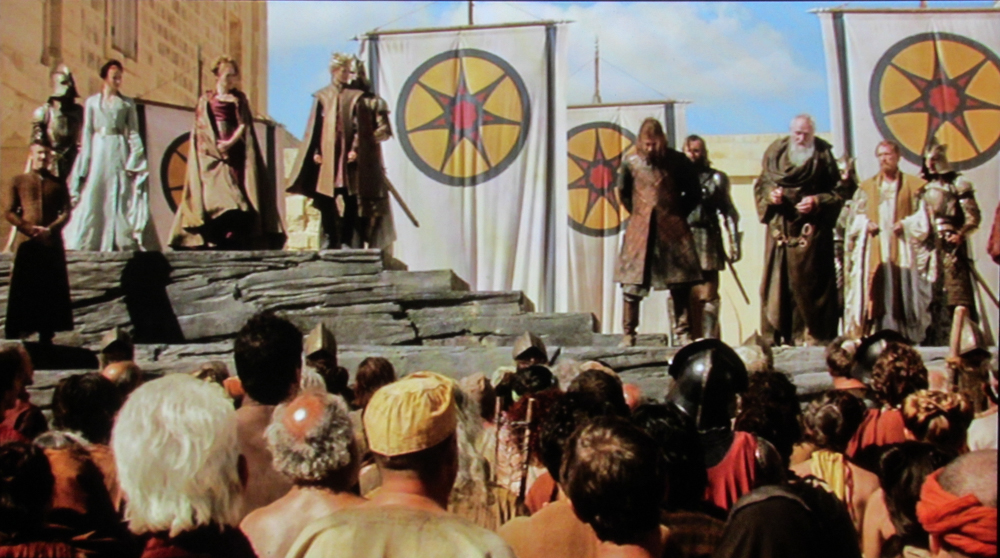 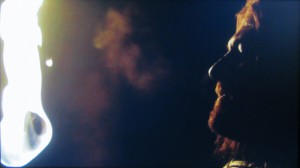 Down in the Dumps

Things are not looking good for ole Ned Stark. He is still in the dungeons at the opening of the episode when Fester the eunuch (Varys) comes to visit him. Varys informs Ned that Rob Stark is riding to Kings Landing with an army.

Varys tells Ned that Queen Cersei will grant him his life if he proclaims Joffrey the true king, and tells Rob to lay down his sword and do the same.  Ned proclaims that his honor is worth more then his life, to which Varys responds “How much are your daughters lives worth to you?”

On The Road South

Rob Stark and his army of north men have come to a river with a bridge they must cross. Of course nothing is easy in Westeros, and this bridge is a fortification that is ruled over by Lord Waldor Frey. Since Catelyen Stark knows Waldor, and he is questionably loyal to her father, she rides in to negotiate passage of the army of north men.

Catelyn succeeds in her negotiations at the cost of marrying off Arya and Rob (when the fighting is over) to Lord Freys children. 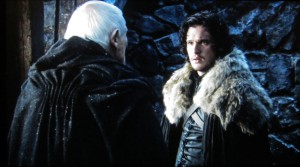 Up on The Wall

Jon Snow is contemplating abandoning his vows to the Nights Watch to go and join Rob on his march to Kings Landing.  There is a great scene between Jon and an old Night Watch dude who turns out to be Aemon Targaryen.

*side note, both Catelyn and Aemon mention that the “Mad King” s kids were murdered when recently deceased King Robert took the thrown. Yet everyone in the Kings court seemed to know Daenerys and Viserys are still alive… Is the “official Story” that they were killed?

Drogo’s wound is infected and he isn’t doing to well. Daenerys calls in the witch doctor to save him. The rest of the Dothraki aren’t too happy about the dark magic. Things aren’t looking good.

Back at Camp Lannister

Tyrion, Bron, and a prostitute are enjoying the night before battle and Tyrion tells the tale of his first love. It is truly a horrifying tale that must be heard to appreciate, so I will include it here:

After giving a rousing speech to his tribal troops, Tyrion gets nocked unconscious, and misses the ensuing battle. Upon awakening, Tyrion learns that his victorious forces had only beaten down a diversionary force of Northman, and that the real battle happened someplace else. 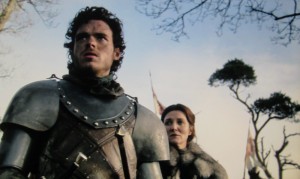 Rob Stark returns to where his mother is waiting after defeating The Lannister army and taking Jamie Lannister prisoner. With the many deaths of the day weighing heavily on him, he gives a rousing speech to his troops, assuring them that the war was far from over.

Arya is having a hard time adapting to “street Urchin” status, when she hears that her father is being brought to the square.

*spoiler alert: Do not continue reading if you have not seen this yet… but hey we are on season 4 already, so hurry up.

Arya climbs onto a statue to get a fine view as Ned Stark is paraded out to confess his treasonous sins against King Jofferey. King Jofferey, against the council of his mother, demands Neds Head, and in one of the most shocking moments in recent television, Ned Stark is executed.

…and there is still one episode to go in season 1.