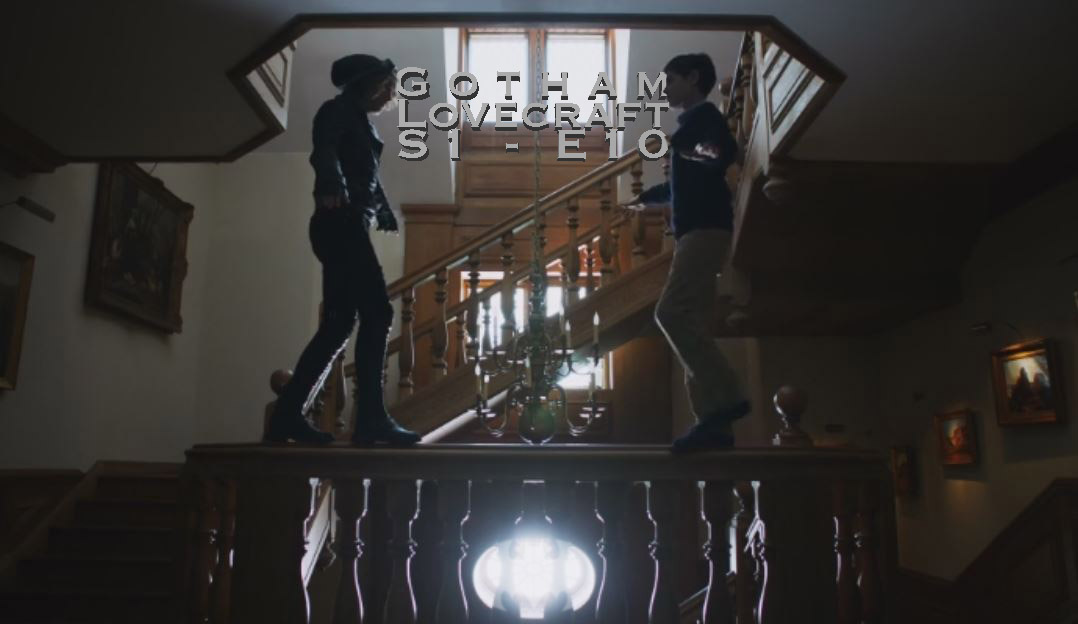 Well it looks like Gotham (at least for this episode) has completely given up on being a police procedural episodic show, and gone into Batman backstory soap opera territory. Not that there is anything wrong with it. Lots of shows do it. Sons of Anarchy, Rome, Game of Thrones, American Horror Story… They are all more soap opera then episodic and that is fine. It is just when shows try to be both, (like Sleepy Hollow, and Gotham) that they tend to run into trouble. 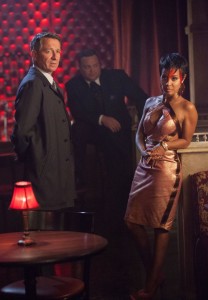 So after last week, we saw that Harvey Dent wanted to drop hints to Dick Lovecraft that he had a witness that could implicate him in the Wayne murders. Somehow, someone figured out that the witness was Selina Kyle, and she was at Wayne Manor. A group of assassins head to Wayne Manner to get her, but run into more then they bargained for in Alfred. He fights off the assassins while Bruce and Selina get away. 2 of the three assassins get away also. Some have suggested that the lead assassin is the comic villain Coperhead. Copperhead is an assassin that kills his victims by constricting them with his tail. Yes I said his. Copperhead is usually portrayed as a man, however, a female version of Copperhead was in the video game Batman: Arkham Origins. The assassin in the episode who could be Copperhead does use a chokehold to put people to sleep several times. This is a fitting tribute to the earlier Copperheads constriction method of execution, but I am not convinced of the correlation. Do you think she is Copperhead?

Gordon is furious that info leaked about who his witness was, and is sure Lovecraft is behind the hit. He goes in search of Lovecraft while Alfred and a very unhappy Bullock go looking for Bruce and Selina. 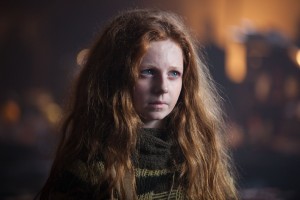 Meanwhile, Bruce and Selina are off on a little adventure in the city. Selina first tries to ditch Bruce telling him that the killers were after her, so he is safe to go home. Bruce wants to stay with Selina, and chases her down. Selina then takes him to a place where the street kids hang out and we are re-acquainted with a young Ivy Pepper (later to become the villain Poison Ivy). Ivy was originally introduced in the first episode, though you may not remember her. She was the daughter of the man that Bullock and Gordon killed while falsely pinning the Wayne murders on him. I guess things haven’t gone well for Ivy since considering she is now living with the street kids of Gotham.

Gordon finds Lovecraft, but it turns out Lovecraft is hiding from the same assassins that are after Selina. Lovecraft tells Gordon that the Wayne murders were orchestrated by someone bigger then him, or Falcone or Maroni.

The assassins show up to take out Lovecraft and “Copperhead” knocks out Gordon with one of those contortionist sleeper holds. When Gordon wakes up, Lovecraft is dead in the bathtub, shot by Gordon’s gun.

Alfred and Bullock go to see Fish Mooney because she knows all of Gotham’s fences. The figure they can find Selina if the find who she sells her stolen good too. Alfred sweet talks Fish, and she gives up the info. Meanwhile, Selina and Bruce head to see the fence, but the assassins have talked to him first. The fence locks Bruce and Selina up in a storage room while they wait for the assassins to arrive. The assassins arrive, and shortly after, Alfred and Bullock arrive. Then Gordon arrives. “Copperhead” gets away, and Bruce and Selina are safe. 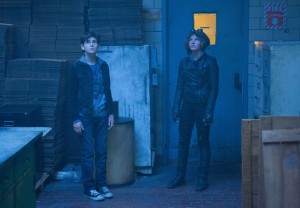 The mayor of Gotham is furious at Gordon and blames him and Dent for Lovecraft’s death. The mayor does not want to publicly admit that Lovecraft was killed by assassins, so he says that Lovecraft, under pressure from on overzealous cop (Gordon) killed himself with that cops gun. Gordon is demoted to guard duty at Arkham Asylum in an attempt to get him to quit his job. He doesn’t. (But seriously? They want him to quit? Why not just fire him? Is GCPD that worried about having to pay his unemployment?)

This episode was the last episode before the mid season break when it first aired. (I am watching it on Netflix a year later). It seems kind of weak for a mid season cliff hanger. What is the cliff hanger? Will Gordon get his job back? I mean, at this point, Gordon isn’t even very necessary in this show. It isn’t a police procedural anymore. You could finish the season off with Bruce, Selina, and Penguin stories and leave Gordon out of it entirely, and no one would notice.