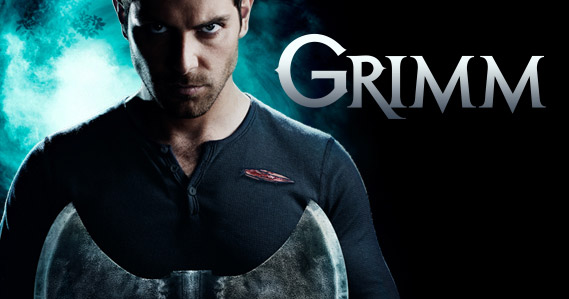 Grimm gave another great episode as it handled two plotlines amazingly well. First, the backlash from the previous episode’s events where Baby Diana was snatched from Adalind, plus an introduction of a new Grimm.

Ok, let’s talk about Adalind’s thing first. I’ve never seen the hexenbiest behave this way; she’s hurt, betrayed, vulnerable, and really desperate. It’s a far cry from the Adalind that we know, sly, conniving, and scheming. She’s begging the gang to get her baby back but all she’s getting from them are lies, lies for the greater good. (!?)

Eventually, she blames Renard for everything that has happened. The poor guy is guilty too, evidence is him sitting on a bar, brooding into his whiskey while mournful jazz plays in the background.

Adalind then proceeds to remind Renard that she is still a force to be reckoned with. She says that he better help her find their baby because “one day I’ll stop crying”. And nobody wants to be around a vengeful hexenbiest when that happens. You can’t help but feel a little bit happy that we might see the former Adalind that we all loved. Especially when that anger is directed to the Scooby Gang, who thinks that everything that they do is the right thing.

Before we see her fully explode, Adalind does the only thing that she can do. Go to Viktor and beg for her baby back. Viktor, who doesn’t have the baby, sees the opportunity to use Adalind to do his dirty deeds and finish Nick once and for all.

Meanwhile, there’s a new Grimm and her name is Theresa “Trubel” Trubel. A streetwise young woman who is very powerful but doesn’t know it yet. She has gone from care homes to mental institutions because she has been plagued with images of terrifying creatures all her life. Good thing she passed by Portland!

It’s nice to see a new Grimm who isn’t a Burkhardt. I love stories of potential, especially with Trubel because she’ll be highly likely to be a student of Nick. Nick will play the mentor role and we’ll probably see training scenes starting next week. Will we see allusions to Karate Kid? Oh god I do hope so.

Another thing I want to highlight is the return of C. Thomas Howell who has been a very excellent addition to Grimm. He makes a failed attempt to kill Renard and the face he made when he failed was the cherry on top for the whole episode. Dear writers, can we see this every week? I love seeing Steward being outclassed by the captain.

Plus, Wu was delegated to be the French fry expert, another reason to love the character (and Reggie Lee!) even more.

Another addition is Viktor’s uncle – and Eric’s father – King Frederick. He is one of the few men who can put pressure on Viktor. He says that Diana must be raised as a Royal because in the instance that she isn’t “these walls will one day fall”.

Another great job Grimm! Looking forward to next week!