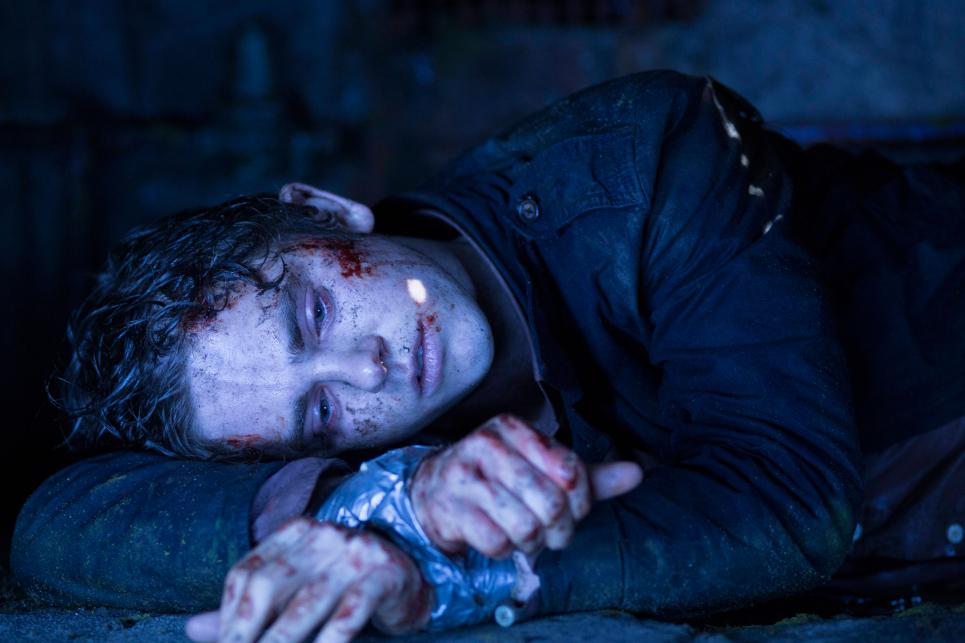 The second last episode of the season, contrary to its title, opens a number of boxes by the time it comes to an end.  As we have seen earlier, Norma refuses to admit that she is indebted to Nick Ford in any way and shows him the way out when he asks her to set up a meeting between Dylan and himself. However, Dylan later meets Nick which doesn’t go too well for him either as Dylan, naturally, refuses to kill his boss off for Nick. The actions by the mother and her elder son caused great rage in Nick which rained down on Norman, as he seems to have been kidnapped in this episode and kept in a box.

Norma comes back from George’s and does her silent, walk of shame, all the way upto to Norman’s room to figure out that his bed doesn’t even look slept in. Norma finds Emma and asks her about Norman but refuses to say what the matter of her worry is. Emma gets annoyed that she is never included in the family matters of the Bates. By the end of the episode she is so tired of being overlooked that she decides to quit her job at the motel. I just think she is suddenly feeling overly emotional over practically nothing and needs to get herself a new hobby!

Meanwhile, Norman is locked up in a box, somewhere nobody can hear him. He screams his lungs out with not so much as a single response from outside. Nick calls Norma and informs her that if she did not get Dylan to do what Nick wanted in 24hrs then Norman would not live to see another day. Norma rushes over to Dylan’s workplace and begs him to do whatever Nick told him to. Norma offers to help and once she learns of the work Dylan was assigned to do, she still thinks our precious Norman’s life is worth killing Zane for. Dylan goes over to Jodi and asks for Zane’s location. Jodi hesitates a little but Dylan states that she wanted him to kill her brother all along since she told Dylan to do what he had to. That is the beauty of Bates Motel; you never know who will turn against whom. 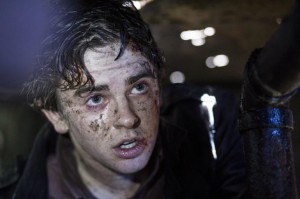 Norman’s abductors open the box and give him some food and once they turn their faces, he makes a run for his life. With his wretched condition and with the number of people following him, what were the odds of him outrunning them? He gets tackled to the ground by the men and while he is there the paper cutting of Blaire Watson and her pearl necklace falls on the ground and one of the guys retrieves those. Norman remains silent when asked about him possessing Blaire’s belongings. The man gives them to Nick who might or might not have been able to connect the dots yet.

Sheriff Romero decides to arrange a polygraph test for Norman and tries to meet him. Norma makes up an excuse of Norman being sick and asks Romero to meet him later. To make Norma realize the gravity of the situation, Romero let’s her in on the secret of Norman’s semen sample being found in Blaire Watson’s body. I believe it made Norma slightly nauseous but she manages to drive the sheriff away saying that she wanted to speak to her son first. Alex, being the gentle officer that he is, gives her some time to absorb all the information. But later Alex comes back to get ahold of Norman and Norma has no other choice but to reveal that Norman had been abducted by Nick Ford and the next thing you know, Alex Romero is on his way to ‘take care of things’. 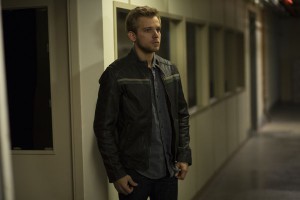 Dylan goes to visit Zane with the excuse of getting him groceries. Zane seems to be at loss of faith and makes Dylan get rid of his gun. There are about three bodyguards for Zane’s protection and there is no loophole left for Dylan to act upon. So, he leaves without any accomplishments and realizes that Zane doesn’t trust him or Jodi, making Dylan’s job even harder. When Dylan tells Nick about all this, he snaps. When the argument starts to go south and as Dylan realizes that Nick is about to get rid of him, he kills the old man and flees quickly.

George comes to Norma and she picks a huge fight with him, throwing him out of her office. She quickly realizes her mistake and runs to apologize but it is too late and as she begins weeping, Emma comes and consoles her. 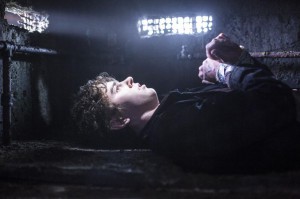 While in the box, Norman has visions, which might be one past conversation he had with his mother, sure sounds like one. Norman needs assurance that his mother will always be with him, so Norma replies, “I’m always with you. Everybody’s mother lives inside them. If you’re ever worried about something just hear my voice saying ‘it’s gonna be okay’ and it is.” I don’t know about Norman but Norma’s notorious and frequent ‘it’s gonna be okay’ surely rings in my ears from time to time. 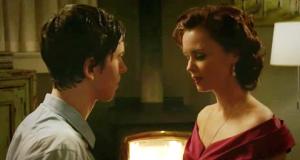 In another flashback, Norman sees the night Miss Watson had seduced him and while he simultaneously had visions of his mother, telling him how wrong it was for Ms Watson to get physical with her student. Norman then takes a knife and sweeps it across Blaire Watson’s throat. And there goes the mystery and the childhood innocence of Norman, up in smoke.

Norman’s delusional speech from within the box (quoting from ‘Meet John Doe’): “… I’m gonna talk about us, the average guys, the John Does. If anybody should ask you what the average John Doe is like, you couldn’t tell him because he’s a million and one things. He’s Mr. Big and Mr. Small, he’s simple and he’s wise, he’s inherently honest but he’s got a streak of larceny in his heart. He seldom walks up to a public telephone without shovin’ his finger into the slot to see if somebody left a nickel there. He’s the man the ads are written for. He’s the fella everybody sells things to…”