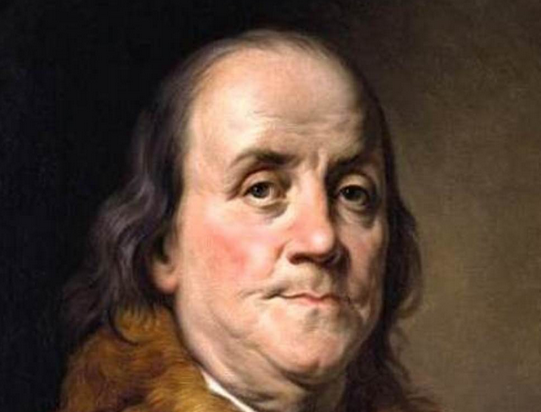 The sophomore season of Sleepy Hollow will back later this year with a lot of new things. New villains, new heroes, and new stories to keep us glued to our TV sets, computer monitors, tablets, and even cell phones. They will, of course, retain our favorite characters like Ichabod Crane, Leftenant Mills, Captain Irving, Jenny, Katrina, and Benjamin Franklin. Wait… what?

Yes, the former President who made a small appearance on season one of the hit Fox show will be coming back for season 2. According to Eonline.com, the founding father will have a bigger role compared to his stint on the first season. For season 2, he will be shown with Ichabod in a flashback from 1775, back at a time where it was simpler, where villains still had their heads on top of their shoulders. The report also says that they will feature Franklin’s scathing sense of humor.

For now, no one has been reported to play the late President. The actor, who played him in season one, journalist Jon Sparks, told Fox News that he was in disbelief that he got the part.

“You never do and you audition, audition and audition and most of the time of course you hear nothing back,” Sparks said. “But you do it because one time you’re going to get that call back and get that notice that you’ve been booked.

The call eventually came from his agent.

“She said they want you for Ben Franklin,” he said. “I said, ‘I’m sorry? What?’ I didn’t believe it. she sent me the e-mail. I had to read it over and over. It said, ‘yes we are hiring Jon to play Ben Franklin.'”
“It’s a strange feeling because it’s something you keep going for all the time, but you’re always prepared to not get anything,” Sparks said. “In fact, usually I forget about the audition because you’re probably not going to hear anything again so what a treat it’s when the word comes that you booked a role,” said Sparks.

The journalist slash actor knows that he only landed a small part, but it was a small part in a big television show. He says that all the auditions that he did felt worthwhile. After he got the stint, he was booked for interviews and a lot of kudos from other people who know that just how hard it is to make it as an actor.

It’s still not sure that he will reprise his role for season 2 because a recast is a big possibility. But still the Memphis actor is very thankful for the whole experience and that he was given a chance to be part of something as big as Sleepy Hollow.