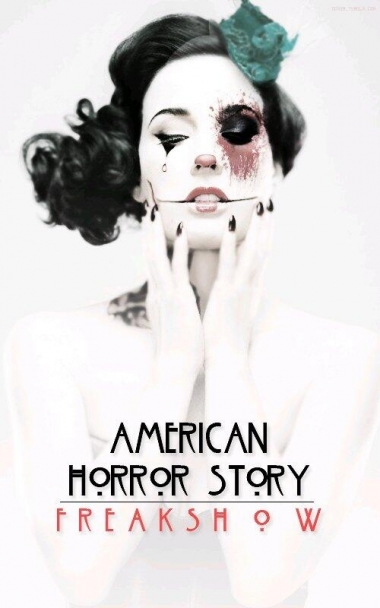 Lady Gaga sent out the news to her fans on her official Twitter account last month in typical American Horror Story style. Lady Gaga posted a  twenty two second video shot in black and white filter, which featured the star covered with a black mask and saying, “American Horror Story season five,” before removing the mask off her face and whispering: “hotel”. This video definitely ignited excitement with the fans. Thus, making them speculate more and more on what the next installment will be all about.

The top hat clue was also a nod to Lady Gaga. As MTV News previously reported, the pop star was officially casted the leading role in “Hotel.” And while the details and description of her characters’ role remain thin, we can tell you how it all relates back to that top hat clue. “Cheek to Cheek,” Gaga’s latest single with Tony Bennett, was written in the beginning for “Top Hat.” And there you have it. The big top hat mystery is legitimately over.

We’re not completely sure what role she will be playing in Hotel but it is likely to engage music in some way – American Horror Story: Freak Show attributed a show-stopping covers of David Bowie’s Life on Mars and Lana Del Rey’s God and Monsters. Not only that but creator Ryan Murphy is of course the man at the back of the high school musical TV series Glee.

There have been teasers but no one knows yet exactly what American Horror Story: Hotel will be about. A new speculation links in together the modern and historical connotation of what the upcoming new season might be akin to.

Fans have had their speculations for a while, but Ryan Murphy has verified it in an interview last year that all the different seasons subsist contained by the same world. They are all interconnected with each other.

Fans are definitely looking forward to the next intallment of this TV series. American Horror Story: Hotel will be airing on FX in October with filming getting in progress in July.