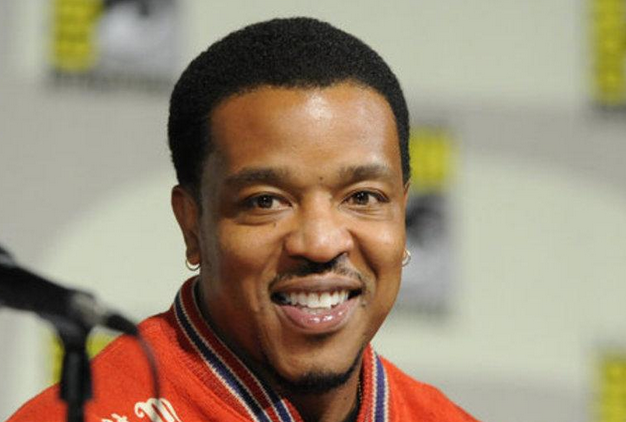 Russell Hornsby’s character Hank Griffin is one of the few major human characters on the show. Hank often provides the grounded perspective; he’s the man often in between man and Wesen. He has faced monsters and kept it together, unlike his fellow human Sgt. Wu (played by Reggie Lee). Aside from lending his perspective and being mentally strong, he’s also one of the people who fully understand the true nature of his partner Nick Burkhardt (David Giuntoli).

Recently, Hornsby talked to Hero Complex and shared his thought on the Monroe-Rosalee wedding, how his character remains sane, and how he keeps Nick stable as well.

On the success of the show and if he ever envisioned that Hank will be the one who walks Rosalee down the aisle:

“No. Honestly, I didn’t envision [“Grimm”] going past 13 episodes. The truth is, the writers don’t really tell us much. You’re really forced to be a blank canvas. I had no idea that we would be here. They can go six different ways to get to Sunday, but you have to keep the audience engaged. We’ve created a wonderful ensemble, and there’s a lot of different characters for the fans to love and follow and appreciate, and I think that’s good. It will be a key to the success and longevity of the show because you can always take a few detours every once in a while — like we did with Wu and the Aswang. With me, and that whole thing with Adalind the first season and my moment of having a love interest, and all of that entwined with Nick and all that he has to deal with, then bringing in the young lady Trubel [Jacqueline Toboni] — all of those things help us flush out and open up more story lines.”

On how he prepares for scenes involving Wesens:

“It’s really about just allowing your imagination to run. Growing up, I was severely afraid of dogs, almost to the point where I was skittish at the sight of them — if they barked, I’d jump. So I did a little sense memory — you take yourself back there. I used the Wesen as the dog for that first initial sight of them, that’s what I used. But then, as time went on, growing up in Oakland, I used that whole crack metaphor or a crack head, the walking dead or the living dead. That’s what I see when I think of what some of the Wesen would look like to Hank. As a police officer, you’ve dealt with all kinds of people and addictive types of behavior that happens. So when Hank sees somebody transform, it’s almost like looking at a fiend. You think to yourself, who was that person when they were handsome and young and pretty or attractive? When everything in life was going well? And who have they become now?”

On how he becomes the Nick’s anchor to the real world:

“I think there’s a lot of truth to that. It’s interesting, though, as the show goes on, to see how much Hank will have to get drawn into that world. Will he be able to make the same choices as a police officer — being grounded in the real world as a police officer — versus being conflicted as a police officer and a Grimm? I think as he gets further into dealing with the creatures with Nick, he will have that conflict. That’s going to be interesting, when he can’t differentiate between a crime that they deal with as police officers or something that we have to do as Grimms. If he’s going to have to go into this world, he’s going to have to deal with things a different way and sometimes turn a blind eye to things. And, isn’t that how corruption happens? You have all of the good intention in the world, then all of a sudden, you get pulled into something and you’re making different choices. Then you’re in a position where you might be compromising yourself and others.”

Grimm Season 4 Episode 1: Thanks For The Memories