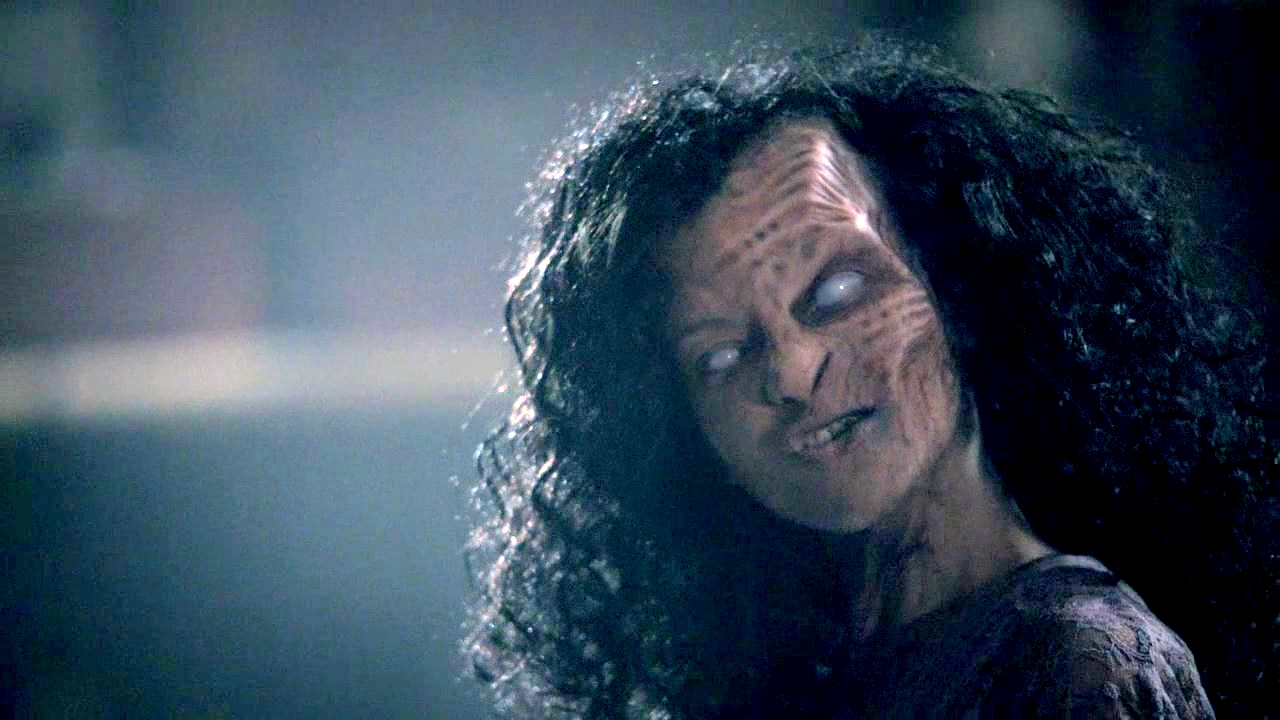 While Ichabod is overly annoyed with his new attire, he tries to perceive the meaning of all that Moloch had revealed to him. Abbie simply marks it as a boondoggle and says that Moloch could have easily made it all up to send them off in the wrong direction to waste their valuable time. Now either Abbie truly believes in her theory or she is absolute denial about the fact that Ichabod was destined to hand her soul over to the devil, as mentioned by Moloch.

Back at the police department, the man from the park, who spoke to Irving like he was possessed by some kind of a spirit, was getting interrogated. However, he passes his polygraph test and so Irving makes the woman next to him at the park come over to station and testify about what she had overheard. So, the woman does come and she brings the spirit along with her. The spirit transports from person to person, perplexing the captain, and ending up in one of the cop’s body. In return of Macey’s safety the demon wants Washington’s bible from Irving, who calls up the priest asking for help. The priest advised him to take his family and move to a safe shelter.

Irving speaks to Ichabod and Abbie and together they try to figure out what was so special about the bible that the demons were after it. Ichabod and Abbie are on their next mission to figure it out and Abbie’s finds out an account about a 19 year old woman who was possessed by a demon which transferred from person to person. There is a recording of the session Corbin had with the subject and the woman possessed woman turns out to be none other than Jenny. 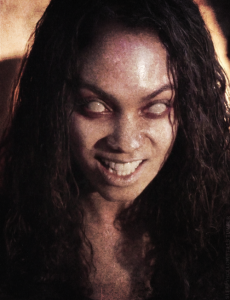 They confront Jenny about it and she admits to never have witnessed the recording as Corbin did not want her to. But the three finally sit down to watch the video, for the sake of Macey. The demon within Jenny prophesized Corbin’s death in hands of the horseman of death and says that it would kill Jenny’s sister Abbie and said that Jenny was marked. Jenny switches the recording off and leaves, saying that Corbin had somehow stopped the demon then but she did not know how. Ichabod speaks to Jenny later and she admits to having strange visions about Abbie and whenever she felt that she was transforming into a threat for her sister, she would commit an offence and get herself locked up. Ichabod is astonished to see how the girl quietly sacrificed so much for her sister. Ichabod asks her to help them keep Macey safe as the demon could have chosen someone else to kill her. 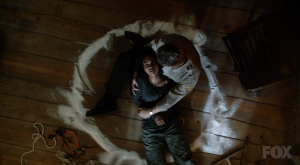 Irving has taken his wife and daughter, along with two of his trusted officers, (one of them already possessed) to a safehouse. The demon possesses Morales and when the priest marks the doorway with salt to prevent evil from crossing the threshold of the house but Morales makes Jones remove the salt and then kills him.

Ichabod observes the salt and attepts to figure out the meaning of the words that Jenny spoke when she was possessed. Abbie suggests that they listen to it in reverse as demons are known to speak backwards. It seems to have done the trick as Ichabod recognizes the language and draws the meaning to be- ‘Ancitif cannot be defeated.’ When they look it up, it turns out that Ancitif is a demon, one of the leaders of a group of Moloch’s minions, which transports between bodies. Its duty was to banish disciples, which both Abbie and Irving were. The demon could apparently be stopped by a sacred lantern which Jenny knows where to find. 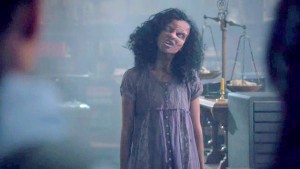 Back at the safehouse, the demon has jumped from Morales’ to Macey’s body. With a distorted facial and other features, Macey kills the priest and threatens to kill her mother if Irving did not hand the bible over. Irving warns Abbie off by calling and asking whether the bible was still in the archives. So, after the witnesses and Jenny get the lantern they head to the archives. The demon is angry since the bible isn’t there and as encounters Jenny and Abbie it gets provoked and falls trapped in salt and then upon lighting the lantern, the demon is delivered back to hell but before it leaves it mentions that their plan was in motion and the witnesses would not be able to stop it. 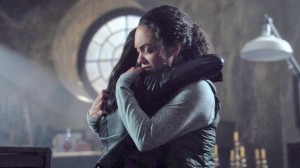 Macey is back and seems normal. Abbie feels much closer to Jenny now that she knows to what extremes her sister had been in order to keep her unharmed. Ichabod goes back to trying to figure out the secret in Washington’s bible and as he applies a mixture on the pages it reveals a scribbling made by Washington himself in invisible ink, which said, ‘December 18th, 1799.’ While Ichabod is certain that it was Washington’s handwriting while quite prominently, Washington died on 14th December, 1799. He could have easily written a future date before he passed away, however, something tells me the explanation here might not be just as simple as that.

Ichabod: “One sign of the impending apocalypse is surely skinny jeans.”

Abbie: “If you are gonna keep wearing that damn thing, I’ve two words for you – ‘dry cleaning’.”