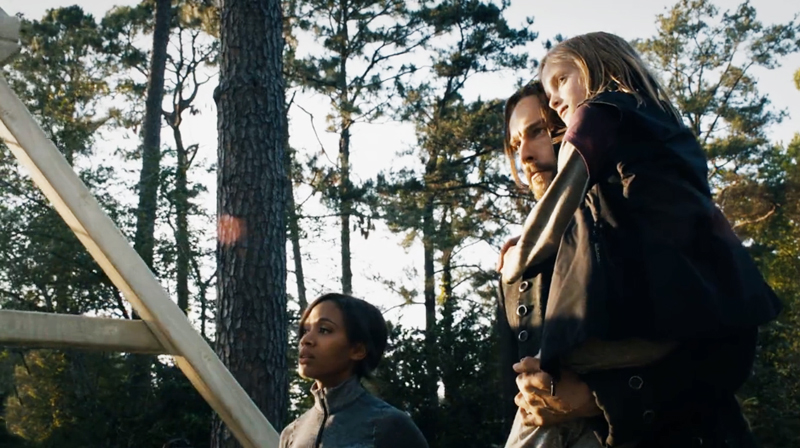 “Go Where I Send Thee…” Review 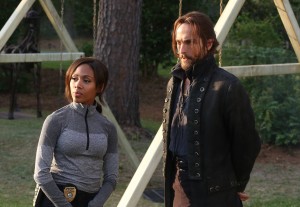 The episode begins with a little girl, following the tune of a flute and leaving her home in the middle of the night. The girl goes missing and Ichabod and Abbie learn about it when Ichabod is showing off his driving skills to his fellow witness.  “Let us release our own horsedman,” says Ichabod while getting a kick start to his badass ‘operation of the motor vehicle’ and boy, are we impressed!

The police go to the ten year old girl’s home where Abbie speaks to her parents. Abbie mentions that three out of their four children are adopted, Sarah being the only girl. The parents mention that Sarah was, and I quote, ‘a happy accident’. Sarah’s mother, Beth, was apparently working Abbie’s case when she was orphaned and the lieutenant seems quite fond of her. 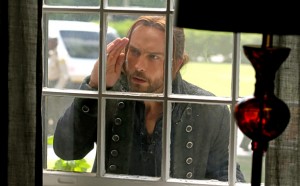 Beth says that her family is cursed, which is a point overlooked at that moment but highlighted later in the episode. Abbie promises to get her kid back and leaves.

Ichabod tries to sneak into the house where Abbie is investigating when his eyes catch an antique collection of weaponry which belonged to family’s ancestor, Daniel Lanchester. Before he can get inside, Abbie catches him and the two of them move the meeting to the woods. Ichabod tells her that the Lanchester was not a patriot and that Washington despised the man. Deeper into thte woods, they find trails of blood and a flute made of bone. Ichabod identifies it as the one of the oldest instruments form China. 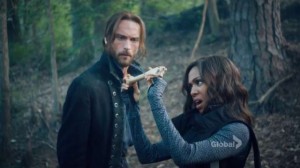 As Ichabod plays a tune on the flute, Abbie gets mesmerize and starts walking into the woods as though she was under a charm. Ichabod quickly realizes that the instrument was a weapon which lured Sarah to one Pied Piper.

Ichabod discovers the sequence and gets a hold of the tune played by the piper and as it seems, like Abbie is in denial. Even after all she has witnessed, Abbie finds it hard to believe that the pied piper out of fairy tales would drop into their lives but Ichabod has a theory. Here we have a story form Ichabod’s past. One pied piper, back in the days, lured soldiers and killed them. And this is just another blast from the past the witnesses have to deal with. 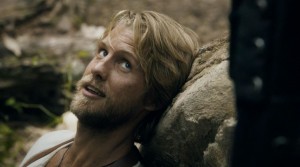 Abbie and Ichabod venture into the woods with a new plan. They record the tune in a cell and Abbie listens to it with earplugs. As she does, Abbie walks into the woods in some sort of a trance. Deeper in, they find Nick Hawley, injured behind a rock. As it turns out, he followed Sarah into the woods and got attacked by the Pied Piper.

Hawley mentions why the curse on the Lanchesters. He says that Daniel Lanchester was the one to appoint the Pied Piper to kill the British soldiers who demeaned his daughters. 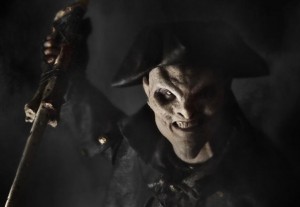 The Pied Piper was no ordinary mercenary, he sold his soul to the devil which cause him to become a killer who could murder people at unimaginable speed. But after he got his work done, Daniel Lanchester finished the piper off. However, the Piper was back and he got his revenge by luring one Lanchester girl from every generation on their tenth birthday.

Hawley agrees to help the witnesses to find the girl, in return of the bone flute. The three of them find an underground den in the woods and as they get inside, they discover a living, breathing Sarah. While Abbie is trying to free her from the locks, Ichabod and Hawley fight off the Pied Piper and get out of there in one piece.

The witnesses realize that even if they safely evaded the Piper, for the greater good they had to finish him for once and for all. Hawley is reluctant to have another face off with the creature and wants to leave with his agreed prize. Hawley is also skeptic when the witnesses try telling him about the end of days. Abbie finally gives him the flute, but in two pieces. 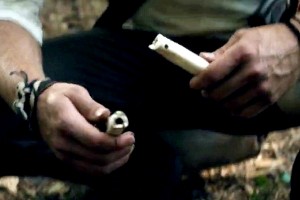 Abbie and Ichabod bring Sarah back to her home. When researching a little more on the Lanchester family abduction, the witnesses figure out that girls have gone missing from every generation and one of them was Beth’s elder sister, Lucy. However, one of the girls was found and soon afterwards, all the other children in the family died out of a fatal fever. Ichabod and Abbie suspect that Beth does know about this, especially considering the fact that she did not look anything near relieved when they handed Sarah over.

As the witnesses reach the Lancherters’ residence, they find Sarah’s brothers being taken to the hospital for having severe fever. 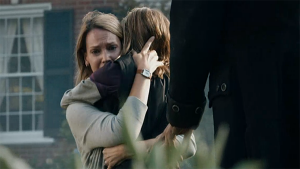 They rush to the wood upon knowing that Beth went out of the house with Sarah. As they reach the woods, they find Beth with a gun. She is confused and scared. Abbie talks her out of the destructive path she was headed towards. Just as she drops the gun, the Pied Piper appears. After quite some hustle and with the help of the noise cancelling ear bugs and Ichabod and Abbie’s joint effort, they manage to defeat the Piper once and for all.

Irving, who is stuck in the mental institute, is visited by Henry Parish. Now that 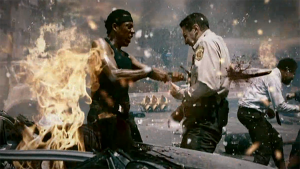 Irving is aware of the man’s true identity, thanks to Ichabod, the former captain wants Henry to leave him alone. Parish tells Irving to look into The Bible’s Ezekiel 17:17, after reading which, Irving realizes that he sold his soul to the devil when he signed in blood, the papers given to him by Parish. Nick Hawley sells the broken bone-pipe to a man who delivers it to Henry Parish and it seems like it is exactly what Parish needed. But for what purpose, remains to be discovered.