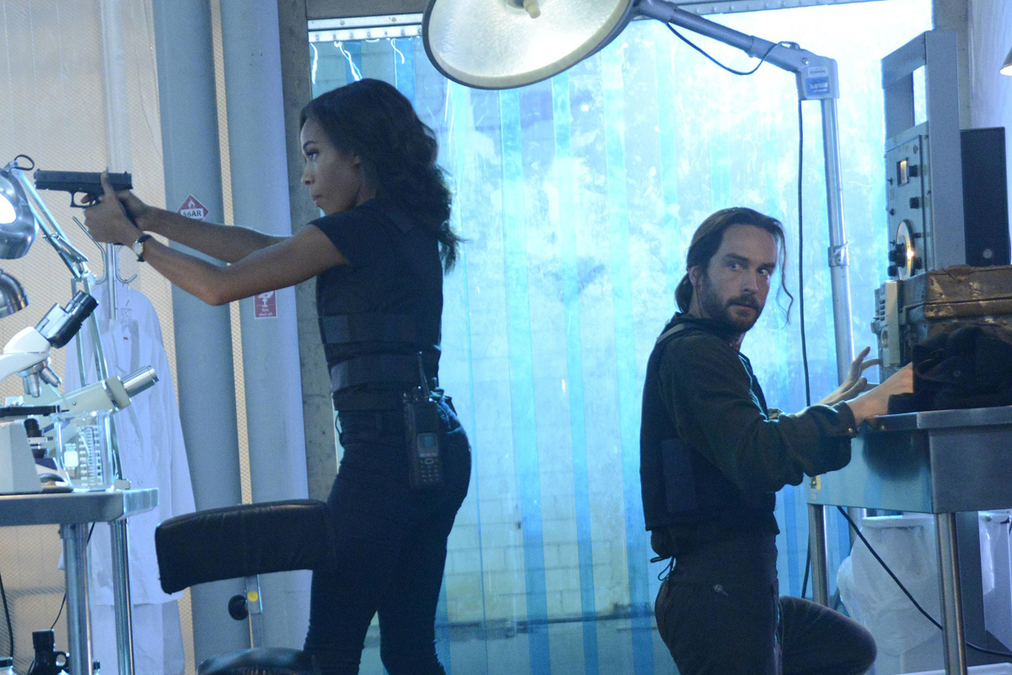 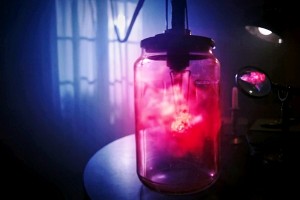 As we saw in the previous episode, Katrina swallows a poisoned spider, courtesy of her son, Henry Parish. Parish comes barging in and takes Katrina with him, insisting that this was Moloch’s command. Abraham protests but before he can stop Henry, the Horseman of War uses sunlight, the one weakness of headless, and brings him down. This, however, gives Katrina enough time to escape the house, run through the woods and fall in the arms of ordinary people.

Ichabod and Abbie are voting when they learn about the read head found unconscious with full colonial attire. They quickly realized who it could be and ran to the hospital to find Katrina lying there with a fever of a 105. It doesn’t take them long to figure out that there is something gravely wrong with her. 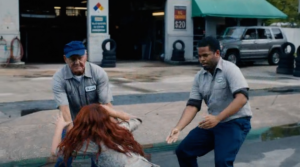 Katrina mentions that Henry said Moloch has a new purpose for her. Ichabod takes her to a more secure place where she said remember seeing the image of a goat which Ichabod relates to a symbol of a secret society of scientists, called Hellfire. He then mentions an experiment they conducted that involved a woman, having similar symptoms as Katrina but her final destination was not revealed. But the green-eyed monster shows up swiftly as Ichabod learns of Katrina’s necklace that helps her see Abraham. However, Katrina quite easily convinces him by saying that there is nothing else she is hiding from him. 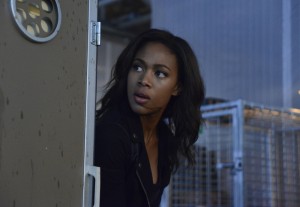 Abbie manages to follow a bunch of well-suited men who were after Katrina. Jeopardizing her life, Abbie takes various snaps on her cell and makes her way out of there. From the images, Ichabod deduces that whatever Katrina was affected with, would cause the delivery within 12 hours. Ichabod jumps to the conclusion that the child is Abraham’s and Katrina snaps. Ichabod comes back to his senses and upon further reading, he realizes that Parish had used the venom he obtained from them to implant a demon fetus in Katrina’s womb. So, Katrina is going to give birth to a demon by the end of the day. 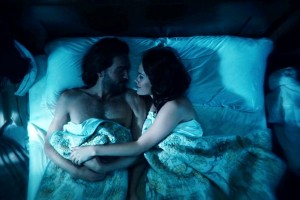 Katrina comes up with the idea of seeking help from Henry and she insists that there is still some goodness left in her son. Abbie tries hard to bring the fact to light that Henry Parish has caused them all the misery in the world but she is up against two people, blinded by parental affection. Ichabod uses Irving to call Henry and they sit to have a conversation when, Ichabod from Henry and on the other hand, Abbie and Katrina upon some brainstorming, learn that the demon growing inside Katrina is none other than Moloch himself. Ichabod tries hard to convince his son to help them and with no luck, he goes back to his wife and partner. As Katrina is at the verge, she insists that Ichabod doesn’t give up on Jeremy/Parish. Ichabod resists until his wife wholeheartedly mentions how in purgatory she had no idea whether she could even get to save her beloved but all she could hold on to was her faith for as long as two hundred and thirty one years. 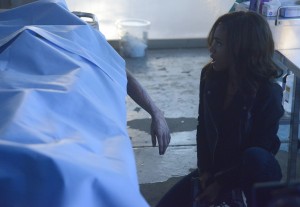 Abbie shows Ichabod the photo of a tab she managed to snap. It had inscriptions from Benjamin Franklin which said that the birth of Moloch could be stopped by an Aurora he built. It was a prism, stored inside the tab. Ichabod says that they would need an army to retrieve the Aurora. This leads to them landing at the precinct and asking Sheriff Reyes for help and letting her in on fragments of the details. Reyes is not fully convinced and she is definitely not even given the supernatural picture yet. While the rest of the cops are attacking the scientists, Abbie, along with the other witness, heads to the safe containing the tab. They manage to break it open and before they can leave, the sheriff makes it clear that she is impressed with both the witnesses. 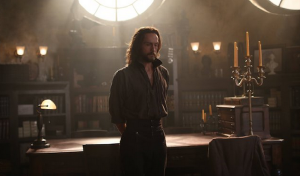 Katrina screams out of excruciating pain just when the witnesses are back with the Aurora. Ichabod breaks open the tab, brings out the prism and holds it against sunlight. This seems to have worked the charm as Katrina’s pregnancy vanishes and even though she paused for a while, Katrina is still breathing. After she is asleep, Abbie and Ichabod discuss the quest for humanity in Henry that Ichabod believes he got a glimpse of. Ichabod mentions that he saw a vulnerable child version of Parish, running through the woods, seeking help and Abbie thinks this was just another manipulation tactic of baby Crane. By the end, when Moloch is delivered back to the vessel, Henry is likely to realize that their plan had failed but there is a clear trace of smile on his face. So is he satisfies that his mother lived and his father was successful in making it happen?

Or is Henry Parish plotting another scheme in his mind which would help make the lives of his parents even more miserable. Or does he think it serves Moloch right after how he treated Henry? There are a number of possibilities and knowing Henry, we place our bets one that isn’t pleasant.