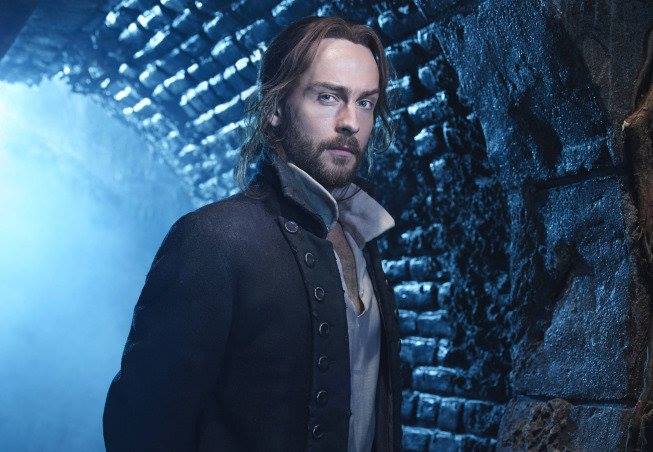 The Season 2 premiere of “Sleepy Hollow” is coming back on Fox on Sept. 22, and the highly anticipated chapter looks apparently wild you just might fall from your seat or simply lose your head the “Sleepy Hollow style”– explicitly with the drama spinning around Henry played by Jeremy Crane.

John Noble was a cast of the Fringe and the award-winning movie Lord of the Rings. A lot of netizen fans got hooked with his character in the tv series Sleepy Hallow.  The last time we spotted John was when his character last season, Henry Parish, revealed to us that he was actually Ichabod and Katrina’s son, Jeremy. For 200 years he had been isolated and locked away in a casket beneath the ground. It turned out; Moloch was the one who helped summon him from the grave and somehow transformed him into the wicked second horseman of the apocalypse.

Tom Mison, who portrays Ichabod Crane on the Emmy-nominated series, revealed to TV Guide that his son will be stirring up more trouble than ever in Season 2. This is going to be a blissful of twists and madness to the viewers.  According to Mison, John Noble’s character will waste no time getting his hands busy with his dirty vengeance-seeking plan upon the return of “Sleepy Hollow”.

“He’s trying to break up the entire community of Sleepy Hollow to pave the way for the apocalypse,” the actor unfolded Henry’s dark, sinister ambitions.

Noble’s mad character would try to get the entire town to turn on one another.  Mison dipped just how Henry will endeavor to wage the psychological and bloodily destructive war.

Wondering how on this wicked earth he could do that. Well, here is the catch; He is going to masquerade as a lawyer. What an introduction. Isn’t it? He becomes a respectable, prominent member of the society and begins planting seeds of doubt and bombs of traps disguised in good will for everyone of them. This is one good brilliantly sneaky tactic according to Mison. It’s like winning a war from building an empire from the core and soul of the enemies.

According to Nicole Beharie, the sisters’ relationship will begin on a good note when the second season starts — but, thanks to Henry, that will change in an instance.

“They’re a lot closer because they’ve faced the tribulations, and they’re learning more about their family — mom, dad, all that kind of stuff,” she explained to TV Line. “But a few people step into the situation and put a wrench into it, and they end up butting heads.”

Will it be Henry who will get jammed flipping cards? Let’s find out.