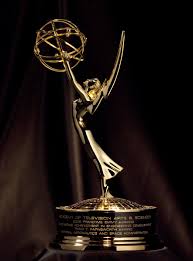 The nominations for the 2014 Emmy Awards have been announced just recently. It has been revealed that the American Horror Story has acquired 17 nominations, thus making it the third most-nominated series of the year. It is closely followed in the rear HBO’s Game of Thrones with nineteen nominations and FX’s latest series, Fargo, which acquired eighteen nominations.
Amongst the nominees contributing to the American Horror Story’s significant number, Sarah Paulson and Jessica Lange who will compete for Outstanding Lead Actress in a Miniseries or a Movie and so will Frances Conroy, Angela Bassett and Kathy Bates who all earned nominations for Outstanding Supporting Actress. The American Horror Story is vying up for Outstanding Miniseries, a category that was only separated this year from Outstanding Television Movie, which honored The Normal Heart.
HBO’s adaptation of Larry Kramer’s play also gained several of nominations for its cast. Mark Ruffalo is battling it out for Outstanding Lead Actor in a Miniseries or a Movie while all the rest of the male supporting cast including Matt Bomer, Alfred Molina, Joe Mantello, and Jim Parsons (a double nom for Big Bang Theory), are all battling it out for Outstanding Support Actor. Julia Roberts has also earned a nomination and is in competition with Kathy Bates and Conroy in the same category.
Modern Family has earned the accustomed nominations for acting and Outstanding Comedy. If the show gets to take home the award for the main category, it will be in a tie with Frasier for five consecutive wins. However the show is up against Orange Is the New Black.
The Netflix series has attained its mark in the comedy categories with Taylor Schilling, Uzo Aduba, Laverne Cox. It is a first for transgender women in an acting category —, Natasha Lyonne, and Kate Mulgrew obtaining acting nominations. Jodie Foster also acquired a nomination for directing the episode, “Lesbian Request Denied.”
After a MVP year on Saturday Night Live, Kate McKinnon also picked up a nomination for Outstanding Supporting Actress in a Comedy. Other favourite TV shows that garnered nominations include House of Cards, Masters of Sex, and Downton Abbey.

An Emmy Award, or basically Emmy, applauds excellence in the television industry, and corresponds to the Academy Award (for film), the Tony Award (for theatre), and the Grammy Award (for music).
Since Emmy Awards are granted to various sectors of the American television industry, they are presented in various annual ceremonies held throughout the year. The two events that receive the most media coverage are the Primetime Emmys and the Daytime Emmys, which distinguish outstanding labour in American primetime and daytime entertainment programming, correspondingly. Other notable Emmy Award ceremonies are those recognizong national sports programming,national news and documentary shows, national business and financial reporting, and technological and engineering achievements in television. Regional Emmy Awards are also held all through the country at a variety of times through the year,honoring distinction in local and statewide television. In addition, International Emmys are awarded for distinction in TV programming created and originally aired outside the United States.