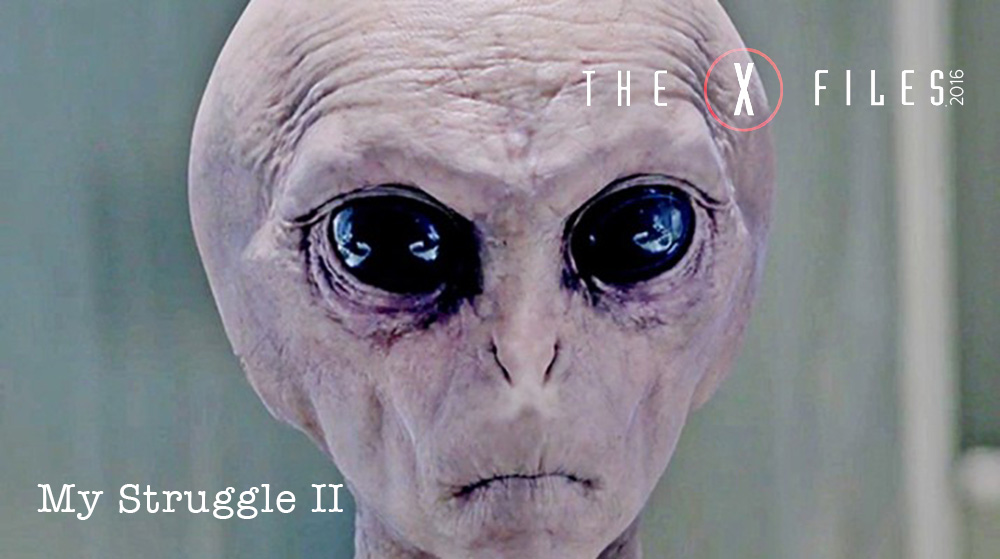 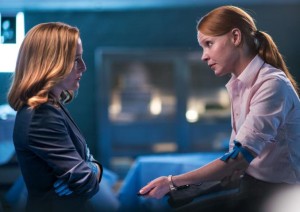 But was episode 6 any good? As a sequel to the first episode, it was better then it’s first part. Although that isn’t saying much, the first episode was pretty bad. As a stand alone episode, My Struggle II was horrible, and as a closer to a 10 season show that has spanned 23 years of television history, it was a disaster. So what went right, and wrong with episode 6?

The episode starts with Mulder missing. Scully looks on Mulders laptop to see that Tad O’Malley is back with no explanation as to where he has been for the past 4 episodes. It doesn’t really matter much as he does nothing for this episode except to provide a running narration of what is going on. Scully suddenly remember the grand conspiracy and rushes Agent Einstein off to the hospital to see if she has Alien DNA as well. At the hospital, they run into a guy who has Anthrax, and Scully starts babbling on about conspiracies like she is an internet tin foil hat wearer. She tells Einstein that the big bad guys put alien DNA in all of them to turn their immune systems off so that we would all die of mostly docile diseases. 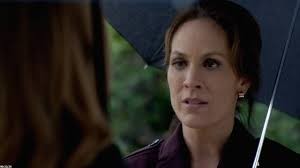 f course, just as Scully finds out there is no alien DNA in Einstein, she gets a phone call from someone who can clear it all up for her…

Meanwhile we see that a bruised and beaten Mulder is driving somewhere and ignoring his cell phone. However, after watching more Tad O’Malley on Mulders laptop, Agent Miller uses molders “find my (not an) iPhone” app to track down where Mulder is.

Meanwhile, Scully meets with a former FBI agent (that is vaguely recognizable as someone from the original series over a decade ago) who tells Scully the real story behind the conspiracy. 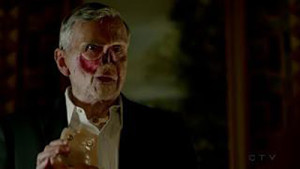 The Cigarette Smoking Man and his shadow government conspirators did in fact use alien technology to insert a virus into everyone on earth using vaccines. The virus does shut off your immune system, and it has been activated to cleanse the planet by killing all of us. Where Scully was wrong was that the alien DNA that she carries isn’t the carrier of the virus, but a cure for it. Scully was chosen to be a “survivor”. Mulder gets to his destination (the Cigarette Smoking Man’s house) and get’s the same exposition from him.

Scully races to use her DNA to create a cure for the disease. Miller gets Mulder (who is now pretty sick and dying of the flu?). Miller races Mulder back to Washington to meet with Scully so she can cure him.

Miller, Mulder and Scully meet up on a bridge in Washington, and just as they are about to cure Mulder, a UFO shows up above them.

Yes, that is correct. Apparently no one at Fox thought it was a bad idea to end the last episode of a mini series with a cliffhanger.

This makes the season finale of The Sopranos look like genius television. Even though many may argue that the cut to black at that shows ending was a cliffhanger, it wasn’t just before an action scene. They were just eating. Now some people say Tony got shot, some people say life went on as always for the Sopranos, whatever the case, it was over. 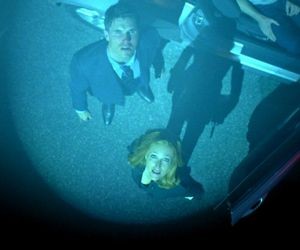 The ending of The X-Files happens mid action. Do they get abducted? Does Mulder get the cure? You could claim that the UFO blows them up like it did to Sveta in episode 1, but if that were the case, they would have used the green laser light.

It seems more to me like Chris Carter wanted to create something that screamed for a resolution. The ending of My Struggle II was made specifically to convince the executives at Fox to fund the next mini series.

Seriously Chris, if you are that hard up for money, I am sure SyFy channel will pay you just to put your name in front of one of their movies. How does “Chris Carter Presents: Aliens meet the Sharknado” sound?