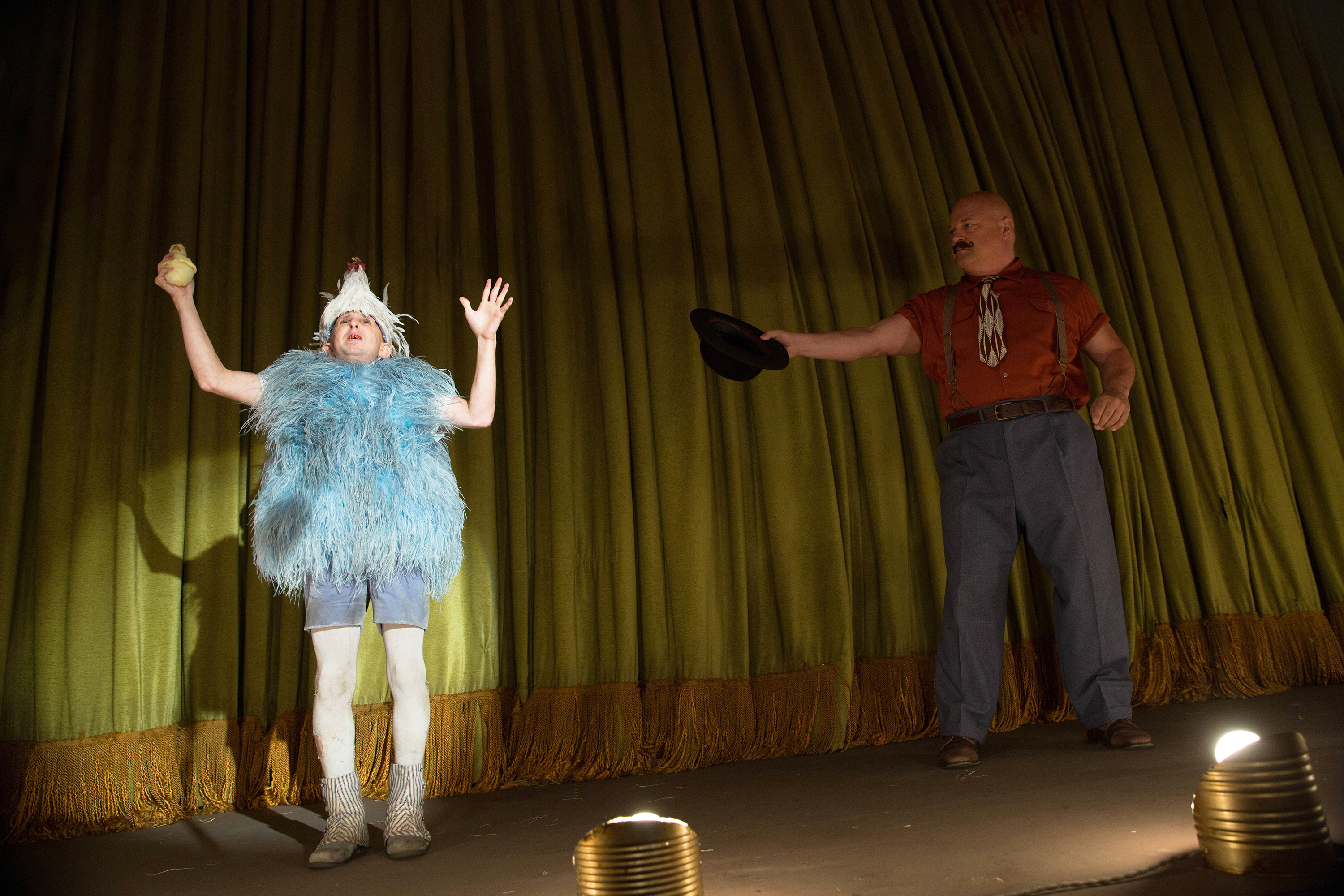 Last week’s grandeur directs the foundation for the Freak Show world and established the major characters.  To set up various arcs in motion, it handily lays down a number of rivalries and alliances that we’ll see play out over the season. It may be a nuisance watching an episode that feels like introduction of what the writers are obviously building toward, or please excuse my impatience, if there’s something that’s so good, you just want to get to the bottom of it, this show has it.

Dell Toledo (Michael Chiklis) and Desiree Dupree (Angela Bassett) turn into town looking for a new performance after things went serious, in a not favorable way in Chicago. Dell is your typical brawny man with an attitude, except his wife has “three titties, proper girl parts, and a ding-a-ling,” as Desiree puts it. “I’m a full-blown hermaphrodite. Put that on your banner.”  In the meantime, we’ve got to make do with Dell bullying his way around the sideshow, starting with making everyone do matinee shows.

Dot Vs. Bette And Elsa

And that’s it, Bette couldn’t hold a tune in a bucket. Elsa don’t give a damn as long as they lure people in to see her grand finale! But that’s not going to be enough and they’ve got to have another way. No one realizes Desiree’s suggestion, which is based on an act she saw in Mexico involving ping-pong balls, but Jimmy wheedles Dot to sing. Both Bette and Elsa are horrified to learn that Dot is actually the one with talent, which leads into one show-stopping performance of Fiona Apple’s Criminal, complete with a crowd-surfing little person and Bette chiming in with a tremulous harmony on occasion.

Perhaps this one’s stuck up our noses or at least it should have had.  Dandy (Finn Wittrock) works himself up into a snit and leaves his fancy escargot lunch in a huff because he wants to be a thespian, and Gloria (Frances Conroy) would really prefer he settle down with one of the many nice girls she’s tried to fix him up with. You definitely get the cues that Dandy has done something terrible to at least one of those girls, which is compounded when their housekeeper, played by Patti LaBelle, tells Gloria that she found assorted animal parts in the backyard and the neighbors have been looking for their cat.

We’ve established that Jimmy has a bit of a temper, yeah? Well, he comes by it naturally. In a flashback, we see a young Ethel pulling a gun on Dell just as he’s about to snap their newborn son’s neck. Now Dell has sort of bullied his way into the position of manager, making him Ethel’s boss. Dell also overrides Elsa’s wishes about doing matinee shows, and then has the gall to give her the lowest billing – a truly unforgivable move.

This episode feels a bit of a sitback, relax jiffy than that of the usual it’s Halloween everyday moment of American Horror Story. It set up the mood in a dreadful way, no, not in a bad way, should I apologize for my impatience? They did awesome in laying down all the cards, now I’m more eager to see them all face up.