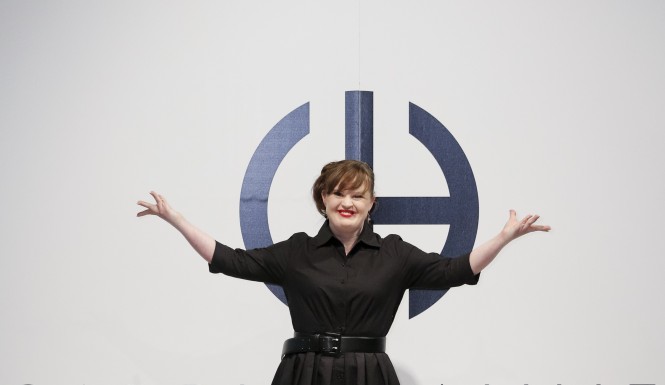 American Horror Story has had several noteworthy talents on the show and one very extraordinarily brilliant star is Jamie Brewer, who played a variety of roles on different seasons of the show. Recently her talents have been displayed on a different platform. Being a part of the Carrie Hammer Runway Show, Jamie Brewer is the first model with Down Syndrome to walk down a runway. The show was actually a part of a larger event, the Mercedes-Benz Fashion Week Fall 2015, so this was a huge deal and an international news which has briught Brewer to the spotlight.

The organizer and designer of the show, Carrie Hammer, reportedly mentioned that his show is much more than just for fashion, rather it is an opportunity to bring inspirational women to feature his designs. The designer said, ““We feature incredible influential women on the runaway. CEOs, executives, activist, actresses, anyone who is the top of the field, top of their game.” And Brewer being one of the most inspirational actresses out there, she fit perfectly to the fashion show’s purpose. She has been ahead of all obstacles and never let her disabilities come in the way of her dreams. She attended The Groundlings Theatre and School and currently she is continuing her studies at The Ruskin School of Acting. 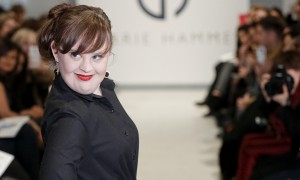 Jamie Brewer states, “Embrace the fear and go for it. That’s what I do. I don’t run from it, I embrace the fear.” There is so much to learn from her spirit and her ability to break free from common stereotypes. The actress was also the youngest president to ever lead the ARC of Fort Bend. She even contributed to passing a law that prohibits the use of the word “retarded” from being used in Texas state legislation. The designer, Hammer, praises Brewer by saying, “Jamie is an incredible actress and also an activist, an artist and a writer who just happens to have Down syndrome… but that doesn’t define her. She’s an incredible role model for many, many people.”