Sleepy Hollow Has Changed In More Ways Than We Can Imagine 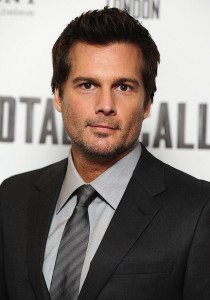 Caution: This post contains massive spoilers and do not continue reading unless you have seen the Season 02 Episode 17, Awakening. The massive new developments of this season of Sleepy Hollow have rendered us speechless to a great extent. Where do we even begin? Katrina, being the ever righteous witchy wife, had this sudden transformation, where she no longer able to distinguish between the right and the wrong. Teaming up with her son, Henry Parish/Jeremy, Katrina goes so far as trying to destroy Ichabod and Abbie. Katrina sees nothing wrong with switching sides while giving up on the mission she had been working for centuries. And more importantly, in this episode, we also have to endure the ultimate decease of Henry, we’re guessing he will be back, in some other form, maybe?

About Moloch’s death, Len Wiseman, the show’s producer had explained in an interview with Variety, “We were always leading up to wanting to [see how] Henry comes into his own. Henry has devoted his life to Moloch; he has served Moloch; and then to find out that he is just a servant, that another will take his place, and to see that he doesn’t have an importance to Moloch, is a big deal. We were always leading up to that fight within Henry. 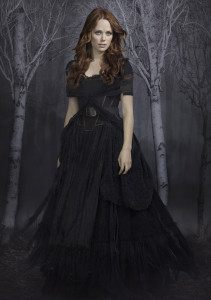 So where do we go from there, what happens? We also really wanted to present the idea that it’s not all about Moloch, and that’s why we decided that Moloch doesn’t die at the very end of the season, he dies at the midseason finale, because he’s not the endgame.” Considering that unlike Moloch, Henry is the one of the central characters of the show, it should be safe to assume that his ride doesn’t end here.

After the death of Henry, Frank Irving seems to be off the influence of evil but since the sole reason of his resurrection is that his soul is possessed, will he cease to exist now? If not, then in what form will he prevail to live on? In an earlier occasion, Wiseman had said about Irving, “That decision, in terms of an ultimate sacrifice… He is controlled and he had sold his soul to evil, so that’s the one last power that he has — the fact that his soul is already taken — in having the power to wield the Sword of Methuselah. It gives him a strength and a power because he’s spent so much time regretting that choice that he made when he was tricked into selling his soul. He wants to be able to use that trick on Henry.” But Wiseman also mentioned, “It’s a pure sacrifice, it’s a soul for a soul, so it is a real sacrifice. He’s free, and where his soul goes may be something that we will find out and our characters will search out, but it’s definitely a sacrifice and he knows it is — it’s not a trick.”

There may be confusion among the fans as to whether the merge between the world and purgatory is still on and to clear the air, Wiseman had stated, “The merge is still happening. We kick it off in the midseason finale here where you start to see that Moloch’s army was being raised and starting to merge purgatory with earth, and it absolutely will [continue]. There’s so much I want to talk about because the [season] finale is so exciting and incredible, and I’m really hopeful that it will twist things just as insanely as last season’s did. And part of that twist that I personally think is amazing [is] that we start to see how the cracks in that barrier between purgatory and specifically Sleepy Hollow open up, and purgatory starts to seep in.”

The possible third season of Sleepy Hollow is something to look out for as this season has almost reached its end and we are still full of queries. About the length of the upcoming season, Wiseman had said, “I would hope for the same. I think it’s just enough to keep us really on our toes. It is more of a rush to get it done, but I think that I would be happy with 18. Any more than that… I think it’s always fun to have more stories, but I think [on] the production level, I would be happy with 18.”