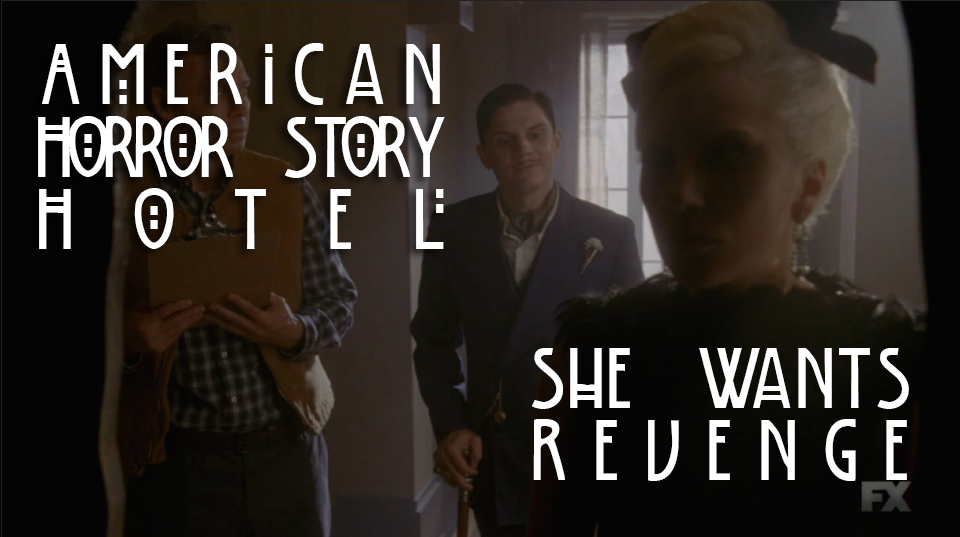 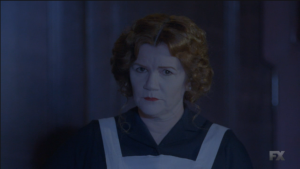 The Countess is stewing over the realization the her true love (Valentino) has been trapped inside the Hotel Cortez all this time without her knowing. She decides to drum up a plan to start taking out all of her “enemies”. She takes Donovan back and tells him she wants to start killing off all the unnecessary ghouls from her life.

The Countess tells Donovan that he is her true love, and that she is planning on marrying, and then killing, Will Drake.

Speaking of Will Drake, As he is explaining to his son that he is marrying the Countess because he is bisexual, he gets a visit from Ms. Evers who gives him a dire warning of his fate at the hands of the Countess. He ignores her. Mare Winningham has given a stellar performance this season as Ms. Evers that, along with Evan Peters, and Angela Bassett, has really been the best part of the season for me. 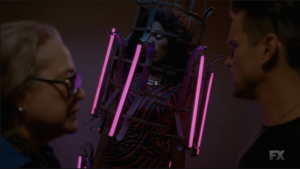 Speaking of Evan Peters, his James March makes a couple of appearances in this weeks episode. After The Countess marries Drake, Mr March meets Drake in the bar, and then takes him upstairs to meet Bartholomew. Drake is disgusted by the failed abortion vampire, and this ultimately leads to the Countess fulfilling Ms. Evers prophecy.

Donovan heads over to see Ramona, and they discuss a new plan to eliminate the Countess. Ramona gives us an interesting backstory about how she has been caring for her father (who the vampire virus was able to keep alive, but not cure his Alzheimers) for the past 20 years before she finally decided to off him in a mercy kill. She then tells us that Hulu has been running her old movies for free, and this caused people to recognize her. That, in turn, renewed her interest in revenge.

Donovan and Ramona head to the Hotel Cortez to enact their plan, but Ramona soon realizes that Donovan has double crossed her. He and the Countess lock Ramona in a medieval iron coffin in the soundproofed corridor that once housed Valentino. Donavan later tracks down the Countess while she is visiting Valentino which leads one to believe that he might have realized that he will ultimately be on the Countess lists of those to be cleansed. So maybe another Donovan Double Cross is in the works… 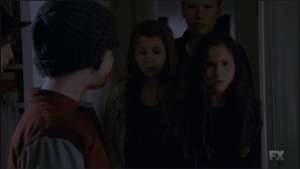 Alex manages to track down the crowd of vampire kids she set loose on Los Angeles. She tries to get them to return to the Hotel Cortez, but they don’t want to have anything to do with her. They seem very happy being a gang of children vampires (except for some of the girls that don’t seem to like the whole “killing” part.)

Noticably missing from this weeks episode was the recently revealed 10 commandments killer John Lowe, and Hypodermic Sally. I guess we can assume they are in room 64 together doing all sorts of things that Iris wouldn’t approve of.

Overall, this wasn’t the best episode of the season, but it did have enough of James March, Ms. Evers, and Ramona to offset the time devoted to the Countess. It is worth a watch.