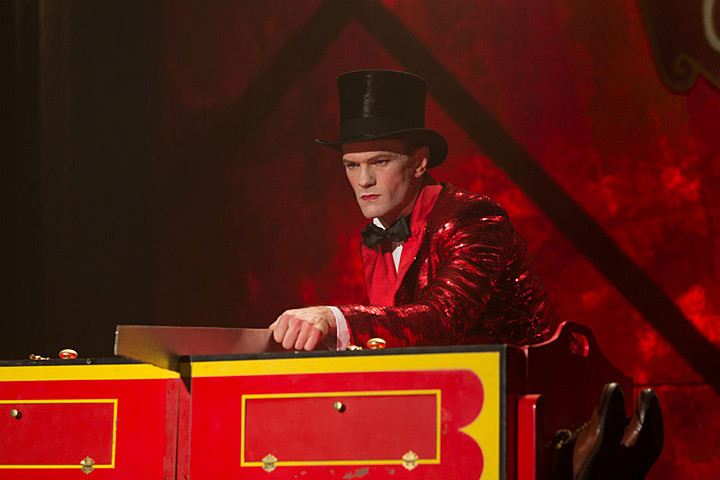 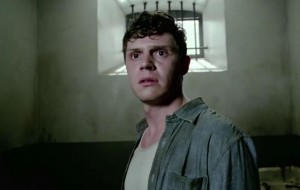 This is a recap of American Horror Story Season 04, Episode 11, so if you haven’t seen the episode already, be sure to expect some major spoilers as you read on. In the previous episode of American Horror Story: Freak Show we witnessed that that Jimmy lobster hands had ended up in the museum and in this episode we learn how it happened. Stanley, obviously, fought heart and soul, he even brought up Meep’s death in the cell so that Jimmy would give up his claws to afford a good lawyer. Feeling ridiculously vulnerable, Jimmy hesitated at first but then gave in. even though Jimmy had agreed to give up only one of his claws, he wakes up in the hospital discovering that both of his lobster hands were missing. 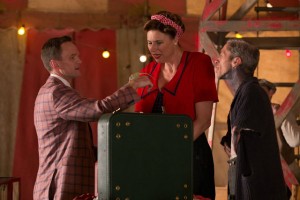 Bette and Dot, on the other, are rediscovering themselves. They burn their diaries, deciding that they were not to keep anything from each other anymore and that they were done with secrets and dark pasts. As they are looking for someone they found some mutual interest in, enter Chester (Neil Patrick Harris). The travelling salesman had arrived, being immensely amused by what he had heard of the freak show and its performers. The twins find him appealing and they believe the fondness is both sided, well in this case, three-sided. The girls are even more elated to understand that Chester was a magician; the twins are glowing, happy as we have never seen them before. 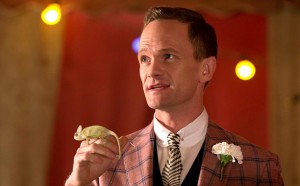 Dell comes in to visit his son and is surprised at the loss of the lobster hands. The father-son duo has a heart to heart and Dell is finally showing some fatherly symptoms. Dell, with help from a fellow freak show performer, manages to help Jimmy escape. However, the good-daddy image of Dell is short lived as his dark past comes dawning upon him. After Maggie has revealed that Dell smothered Ma Patite to death, a vengeful Elsa shoots Dell.

Chester tries to woo Elsa with his magician skills so that she would let him be a performer but, neither that nor his trick with his puppet, Margerie, seems to impress Elsa. But she is impressed by his accounts and offers him to work as her bookkeeper and Chester gladly accepts. 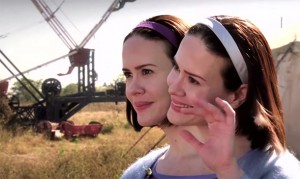 But what Elsa doesn’t realize is that she did not admit just one new person, she did two. The puppet he brought in with him seems to be more than just a lifeless doll. It’s allegedly talking. Chester goes on and offers Bette and Dot to be his assistants in his magic act. Apparently, the girls reminded him of his quite eerie past. The twins and Chester accomplish a successful magic act and the girls are swept off their feet. They make a move on Chester and he behaves rather strangely. He finally agrees to give the girls what they what if they agree to let the puppet be involved. And surprisingly, the girls are desperate enough not to even frown at that and so it begins.

In no time, Dandy gets air of this thanks to his hired eyes. He finds it hard to accept that his girls were with another guy. Turns out that Chester is no better suited for the twins than Dandy is. 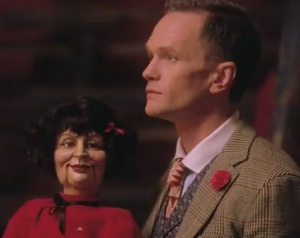 Cheater’s obsession with the doll is beyond what the mere eyes can see. In the meanwhile, Elsa is making a business deal to sell off the Freak Show to Cheater. And as he tells Elsa about his plans to give her tent to Margerie, she just sits there, unsure. Dandy finds out that Chester’s wife and her friend, who were lovers, were killed and Chester was accused of the murder. The two twisted minds, Chester and Dandy have a brief encounter when Chester recalls the deaths, apparently committed by the human version of the doll. Dandy uses the information to manipulate him and implies that Margerie was jealous of what was going on between Cheater and the twins. After the doll is in its human form again, it tells Chester to saw the twins in half, the rest of this story will not be known until the next episode. So now, we wait.