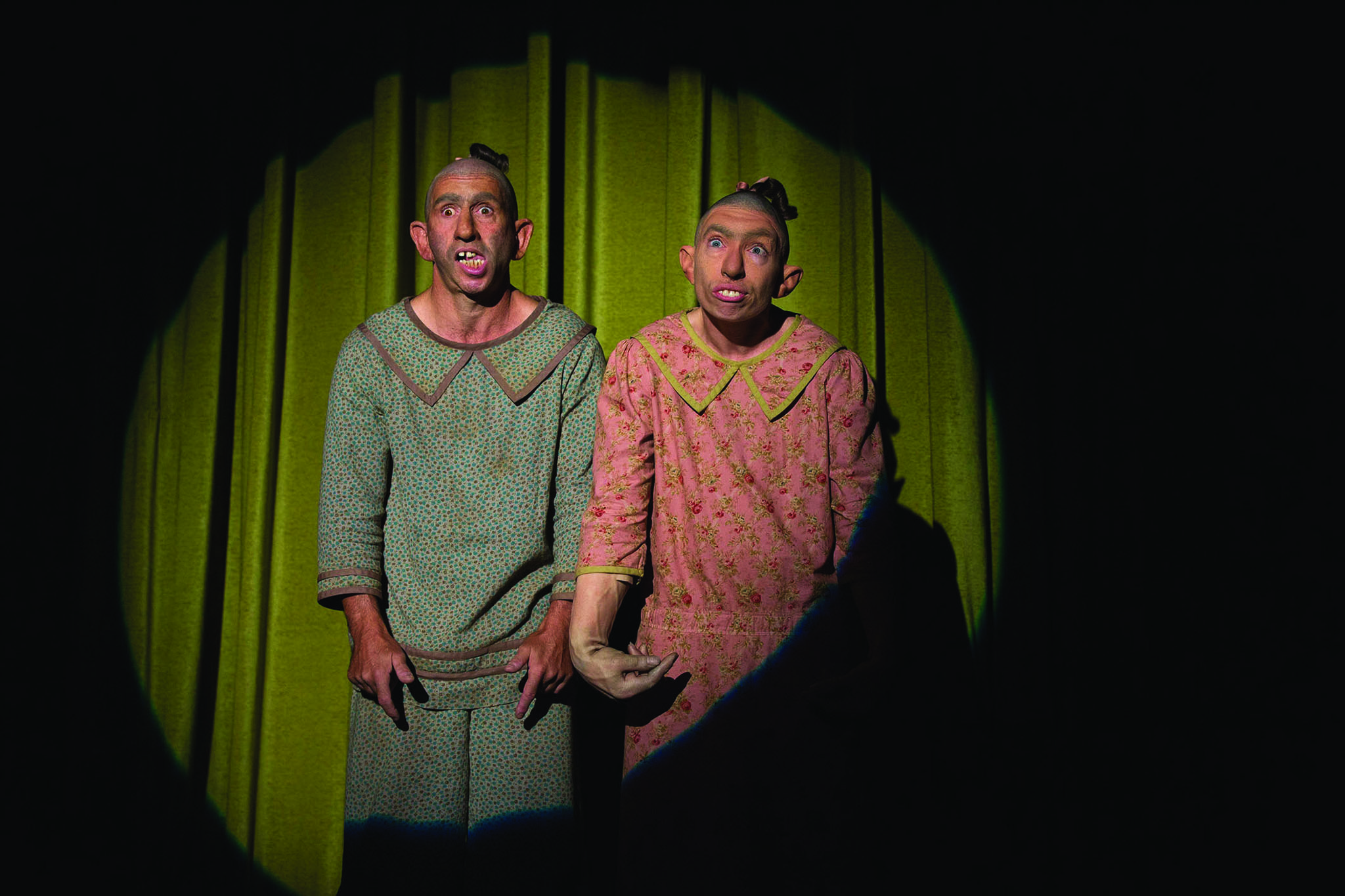 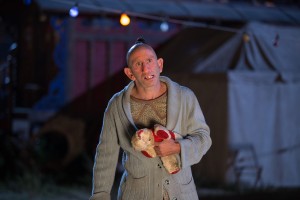 The episode begins with the news of Salty’s death and Pepper not being able to let go. While Elsa starts talking about the relationship between the Pepper and Salty, Stanley lets her know that she had to prepare herself for her shot at fame while Stanley took care of the body. As it turns out, the decapitated head of poor Salty ends up inside the tube in the museum Stanley used to work.

Probably only because she saved his life, Dell comes up to Desiree and asks for a second chance at their marriage. But being aware of his preferences, Desiree acknowledges that she could never give him what he wanted and thus, both of them should try to find happiness elsewhere. Unlike anything we can imagine, Elsa truly seems to care about Pepper. And as Desiree and Elsa engage in a discussion, Elsa tells her all about how she first met Pepper. 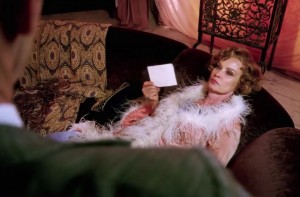 Apparently, long ago when Elsa planned to collect a series of freaks, she found Pepper in a orphanage. Elsa admits of her true, motherly and unconditional love for Pepper. And later came the second obsession of Elsa. A king from the Far East came and tagging along with him was ma petite. She was treated as a pet by the king and he forbade her trade for any amount as she came from the lower caste of the untouchables. But later on, after getting a bunch of Dr. Pepper from Elsa, the king left happily leaving ma petite behind. And thanks to the tiny miracle, Pepper, who was now more of a woman than a child, could answer to her motherly instincts. However, Elsa realized that Pepper wanted more. She wanted a lover and this began the search for a new addition from the orphanage. And the search ends when Elsa finds Salty and she arranges a wedding ceremony for Pepper and Salty. 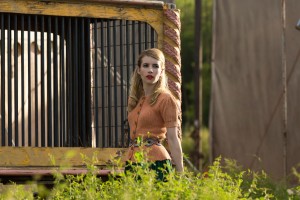 As it turns out, this whole episode is heavy on flash backs and the next one is from Maggie’s past. Desiree and her lover come to listen to some fortune-telling but the love birds as quickly ripped down from their dreamy phase by a bitter Maggie. When Desiree confronts her later about this behavior, Maggie admits to being a fraud and tells her story. She was living her life stealing when Stanley found her and took her under his wing. Desiree connects the dots and figures out that the con-duo wasn’t her to pick pockets and the number of dead freaks were suspiciously high ever since they arrived. 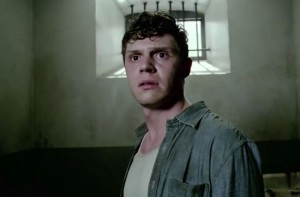 Desiree threatens Maggie and as soon as she is back to her tent, the twins are there, waiting for Maggie. The twins offer to give money to hire a lawyer for Jimmy and after an argument between the twins and Maggie, Dot throws the money at her and leaves. Back at the station, Stanley arrives before Maggie can get there. Jimmy admits that he is shady from the details of the day of the murder and Stanley assures him that he will save Jimmy. Stanley also suggests a way to raise money for getting Jimmy out of jail. On the other hand, Maggie, unable to bear the burden of her misdoings, confesses of her acts to Desiree and takes her to museum where 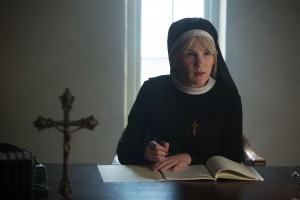 one by one she finds the body of ma petite, the head of salty and to the astonishment of both the ladies, the hands of Jimmy.

Desiree had suggested that Pepper should be with family as all her life she has only gone through abandonment. Elsa takes the advice and takes Pepper to her sister’s house who is at first hesitant but after much convincing from Elsa, agrees to keep Pepper. Elsa assures Pepper that this was best for her and that her sister might not handle her in the best way at first but she has Pepper’s best interests in mind. 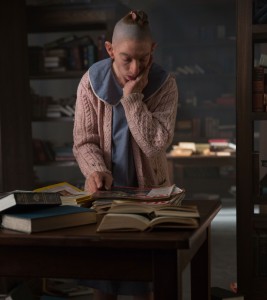 Soon we learn how wrong Elsa had been. After a while, Pepper’s sister, Rita gets pregnant and the child born to her is also labeled a freak by her husband and herself. Pepper ultimately ends up handling the baby and managing many of the household duties singlehandedly. But that was not enough for the shrewd couple. Rita and her husband, Larry, decided to get rid of both of their burdens through one single operation. Larry, in all his senses, murdered his own child and the couple pinned it on the poor, innocent Pepper. Rita feeds this story to Sister Mary Eunice at the mental institute. Sister Mary spots the purity in Pepper and gives special attention to her but the truth is still unveiled and Pepper, still suffering silently.