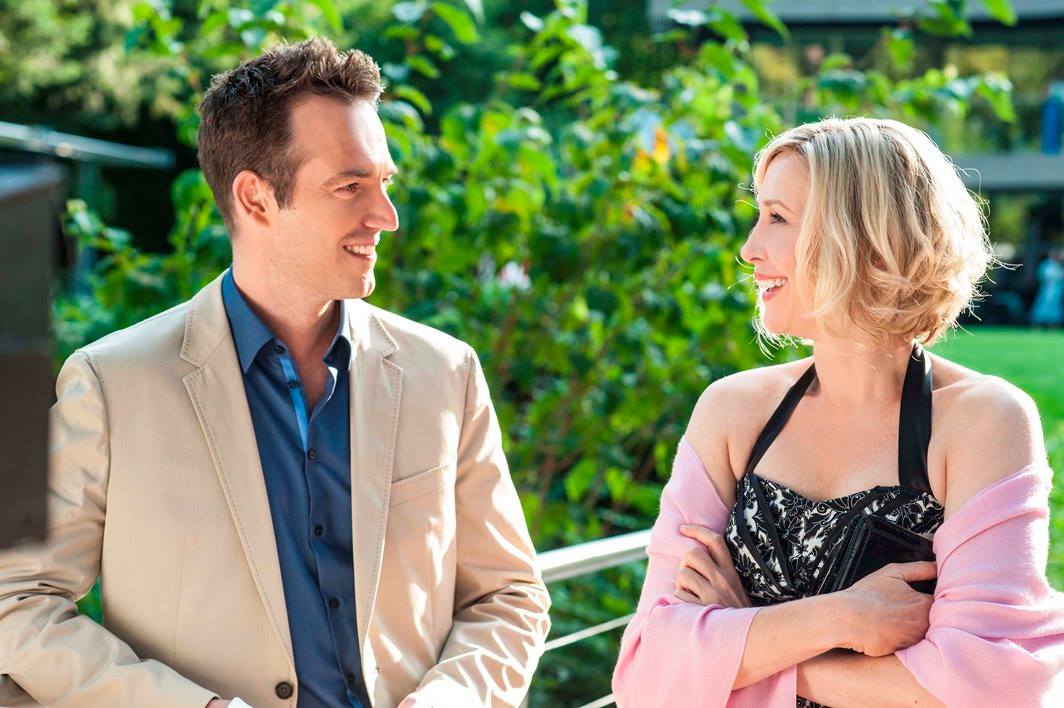 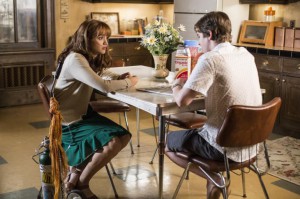 Emma drops at the Bates residence to drop the news of Bradley’s death, which made the newspaper headlines. She thinks Norman needs consoling and so she tries hard to make him talk to her about how he feels but he fails to fake emotions for a fake death. So, after a few awkward minutes of conversation, Emma leaves for work and Norman insists on keeping the newspaper. So, is he about to make another paper cutting of Bradley’s death like he did with Blaire Watson’s one?

Norma Bates still has her heart set on the musical and as she is checking the selection list, her face darkens as she didn’t make it. Before she can leave with disappointment, she encounters Christine Heldens, who was on the selection committee on the night of her performance. Christine shows her empathy saying that her boss decided not to give Norma the lead and in order to show Christine’s difference in opinion, she quit! That is more than one normally does for someone they have only met once in their lives, but Christine doesn’t stop just there. She insists Norma on buying her a drink. So, the girls gossip over their drinks and for what it seems, Norma has found herself a new friend. Christine seems overly supportive of Norma and thinks that she is one of the most interesting people she has met in this town. Well, Christine, you don’t even know half of the extraordinary events which Norma has lived through!

Back at the house, Dylan meets a man, named Caleb, looking for Norma. Caleb introduces himself as Norma’s brother and Dylan is confused as his mother had never spoken about having a brother. The two go inside and chat when Norma arrives and downright freaks out at the sight of Caleb. Norma pushes him out of the house and screams at him. After throwing him out, she turns to the stunned Dylan and calmly tells him never to let the man into the house again. 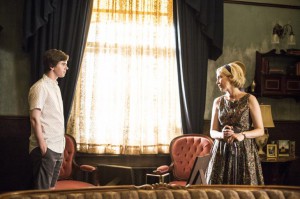 Norman learns from his mother that she did not get a part in the play, but more importantly, he learns that her incest brother is in town. Norman goes to inform the South Pacific people that he is quitting when he meets a girl called Cody, who was the salesperson when he shopped for Bradley’s farewell. She talks him into getting into the tech department and once Norman asks his mother, she gives permission for it too. 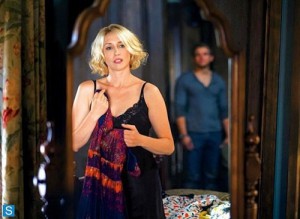 Dylan encounters his uncle Caleb yet again. Dylan asks him the reason for Norma’s reaction but he only replies by saying that it was a result of ordinary family problems which he needn’t be bothered with. The two decide on dining together. It is likely that Dylan finds a fatherly figure in this blood relative of his which he had been missing for a long time. Or he might be willing to figure out more about his mother and about the maternal side, digging deeper into his origin. Or he might just have a knack for doing the exact opposite of what his mother would like him to do or it could be a mixture of all the reasons at once.

Two of Dylan’s work buddies are now dead. Their opponents have felt that their guy, Johnny, was worth two of Gil’s men. Even though Dylan expresses his opinion about stopping the eye-for-an-eye trend, his new boss, Zane, refuses to agree and is probably off to a killing spree. Being out of options, Dylan and Remo get started on digging graves for their fellow workers. 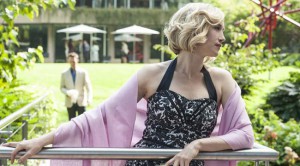 Norma is forced into yet another arrangement by Christine. Norma seems in no mood for a party but she lets herself get talked into it, she does need some distraction. While she is getting ready for the party, Dylan comes around, questioning her about Caleb and Norma refuses to let anything out, slamming the door shut on her son’s face. As Norma arrives at Christine’s party, she is warmly embraced by the people there. After a while though, she realizes Christine’s actual motive behind dragging her to the party, it was to set her up with her divorced brother, George, who seems like quite a nice guy. Norma doesn’t show much interest in him though, telling him that she has forgotten how to date and if history is any indication, nice guys aren’t her type. Norma then meets Nick who is, so far, probably her only supporter of her anti-bypass notion. She keeps his number and wishes to meet up with him soon.

Emma has arranged Bradley’s Memorial Day at the beach. The turnout of people at the place is great but not even half the people are there to show their respects. This makes Emma feel bad but what makes her feel worse is that even in her death, she doesn’t like Bradley. Norman encounters Cody again who is there for the beer. She and her friend Philip (who turns out to be gay and was hitting on Norman) keep Norman company for as long as he hangs there. Norman walks Cody home and something tells me the young girl has some secrets up her sleeves. Emma finds her old friend, the cupcake guy, Gunner, and then asks him to make bad choices with her and go crazy, well, we’ll find out how damaging the choices were in the very next episode.

As Dylan sits and chats with Caleb, he finds out about more and more trouble that Norma had to go through while growing up. He learns that his grandfather was drunken loser and his grandmother suffered from depression. Caleb tells Dylan that Norma blames him for not protecting her from their violent father. The duo actually bonds enough for Dylan to give Caleb 11.5K in cash to buy a property he wanted to get. Dylan comes home to tell his mother that Caleb is not that bad of a guy, only he doesn’t even know the quarter of the truth. Norma, not being able to take it anymore, reveals that Caleb raped her but Dylan gets defensive and calls her a liar. 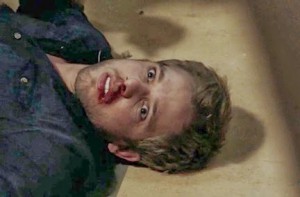 The two get in a screaming match over this and as Norman gets home, he tackles Dylan on the ground and they get in a dirty fight. Norma tries to stop Norman and makes the biggest and the most astonishing disclosure of the entire series of Bates Motel. Norma says that Caleb is Dylan’s dad and Dylan stares at his mother, baffled. This is where the episode ends and now we can guess why Norma never treated Dylan so well, he is a constant reminder her of the abuse that she had to undergo. And do you see his father’s resemblance in Dylan? Well, they do have the same taste in hairstyles. The upcoming episode of Bates Motel has lots to offer. It seems as though Dylan gets in an accident in the next episode, I’m scared to of losing my favorite character on the show. Let’s hold out breaths and see you at Bates Motel next week guests!

Hi, I read your new stuff regularly. Your writing style is witty, keep up the good work!