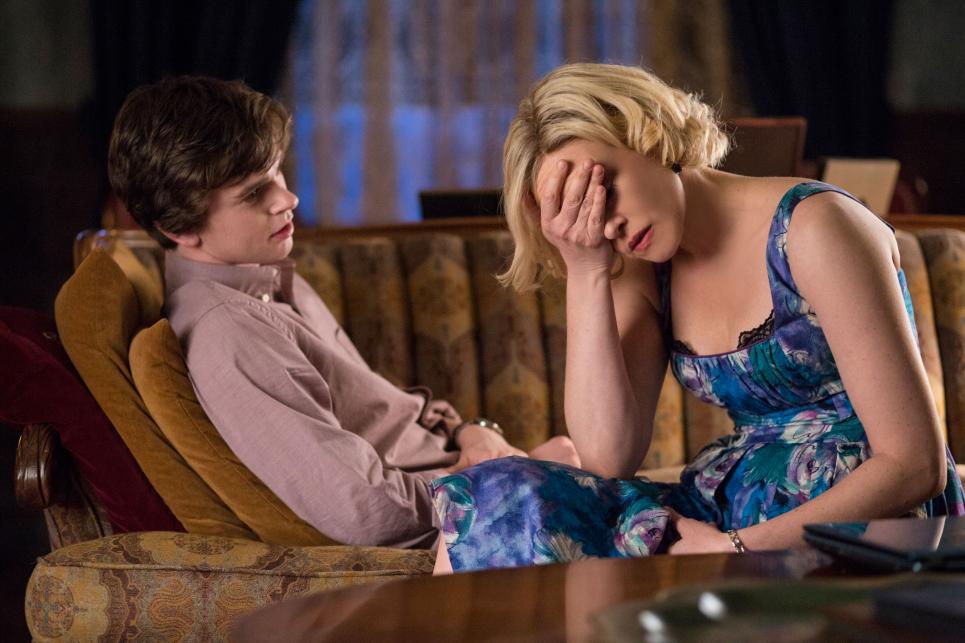 Previously, we had seen Norman getting cleared of Cody’s father’s murder charges, while he discovered that his mother was guilty of keeping a significant portion of his life concealed from him. Norman insisted on knowing about his darkest secrets but his mother repudiated to give up any information on the matter. By the end of the former episode, Sheriff Romero learns about Norman’s sexual encounter with the late Blaire Watson and dives in deep concern. 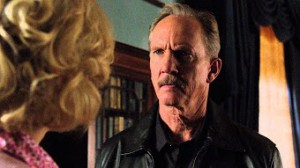 In this episode, Norma wakes up to find Norman already out of bed, while Romero finds him at the Motel office, still bothered by the latest discovery of his officer. Romero avoids disclosing any information to Norman, who, despite it, realizes that something was wrong. Norma finds her son and tries to cozy upto Norman but he is still agitated about Norma keeping him in the dark. As soon as Norman walks away, Nick Ford enters the office, asking Norma for favors, she cannot afford. He asks orders her to arrange a meeting between Dylan and himself, revealing that they are in the same line of business. Norma more has more son-issues than she was anticipating.

Dylan makes a narrow escape from the front of Nick’s ransacked warehouse, where he was abandoned by his people. Dylan goes and informs Zane’s sister, Jodi, about how much more trouble he was bringing their way, which causes a dispute between the siblings. It is finally decided that Zane had to ‘lay-low’ for a while until everything calmed itself, little do they know that it is far from happening.

Norma, with Emma’s assistance, visits Dylan’s workplace. Norma is quite glad that her elder son has an office until Dylan sheds light on the fact that Nick Ford’s probable motive behind arranging the meeting is to get rid of Dylan once and for all. Dylan warns his mother to keep her distance from Nick, who belongs to his rival party and he tells Norma to mention that she was unable to find him, when asked about it.

Romero tracks Dylan down and asks Zane’s location and Dylan, who doesn’t have a clue as to where it is and that is exactly what he says. Romero lets him go and moves on to the other brother. The Sheriff makes the excuse of his shower rod being broken and takes Norman away to his room for giving him a hand at fixing it. While they are at it, Romero brings up Blaire Watson and Norman doesn’t give any new information and when Romero asks whether he had slept with her, Norman denies it completely and flees the room, seeming a little berserk.

Later on, Nick pays a visit to the Bates’ residence and even his knock on the door says that he is vexed. Norman opens the door, while is mother is outside the house, and allows Nick in. It doesn’t take Nick Ford long to recognize Norman from the graveyard and when he questions the kid’s motive behind taking his snaps at his daughter’s grave, Norman reveals his innocent intention. Norman explains that Blaire was his teacher, who, he knew, had disruptions with a man named Derek and Norman was wondering whether that was her killer. 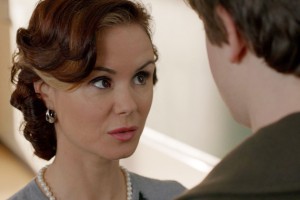 Seeing Nick in front of the grave, Norman had thought that he was the killer, Derek who was repentant for his deed and was there out of remorse. But Nick nullifies the possibly of Derek being involved, mentioning that he was his business manager and the argument was over the fact that Nick cut Blaire off, in the hope that it would cause her to return home. Norma returns home right afterwards and she lies, telling him that she couldn’t find Dylan. Nick goes frenetic and says that neither Lee Berman’s accident nor Norma getting a seat on the council was a coincidence. Nick had his hands behind both the events which now makes Norma obligated to do as he says. Norma threatens Nick of calling her ‘personal friend’ Sheriff Romero and drives him out of the house, for now.

Norma is going on a date with George and when she realizes that Norman is being indifferent towards her, she tries to provoke him by saying things like she might be very late and Norma only replies that he won’t wait up. Smooth! Though, sadly, this reflects one of those teenage-insecure couple conversations which makes this scene disturbing on so many levels! As George goes on about his life history, Norma gazes into the distance, her mind completely distracted by her current status with Norman. She suddenly has a meltdown and reveals that she never went to college and wasn’t the sophisticated woman George and his family though she was. Norma storms out, not allowing George to have a say in the matter. 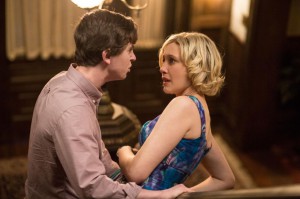 Norma gets home and tells Norman she missed him. Absurd! Could this get any more absurd? Actually, it does. Norma gets upset and tells Norman that Norman’s being nonchalance is bothering her and as Norman walks away, she starts to cry. Then, comes out the other side of Norman. He says in his cold, hostile voice, “Oh I see! The anger didn’t work and now the tears. I don’t trust you anymore and that change everything. It was all just a game. The game was that we were devoted to each other. We loved each other more than anyone can love another person. I’m going to my room. Don’t follow me. Leave me alone. You stay out here, ALONE.” Norman walks away and Norma follows as predicted. It does look like a silly little game as Norma screams like a little girl and rushes out of the house. She goes over to George’s and kisses him, as if to boost her scores up. To me, the game seems to be about pissing each other off and they are both going at it pretty hard.

Dylan lets Nick know that he is willing to meet at a public place just to make sure that he would remain undead. When they meet, Nick assigns Dylan with the task to finish off Zane, which he refuses to do and leaves while threatening to kill Nick if did not keep away from Norma. Dylan tells Jodi that Zane had to be stopped. As they hug it out, Jodi tells Dylan to do what needs to be done to her brother. I believe we all know what that could mean and we don’t blame her for it.

Romero confronts Norman and says that Kyle got convicted of Blaire Watson’s murder and that it was high time he spilled the beans about his history with her. Norman makes a run to his house and there, waiting for him, are abductors who make him unconscious.